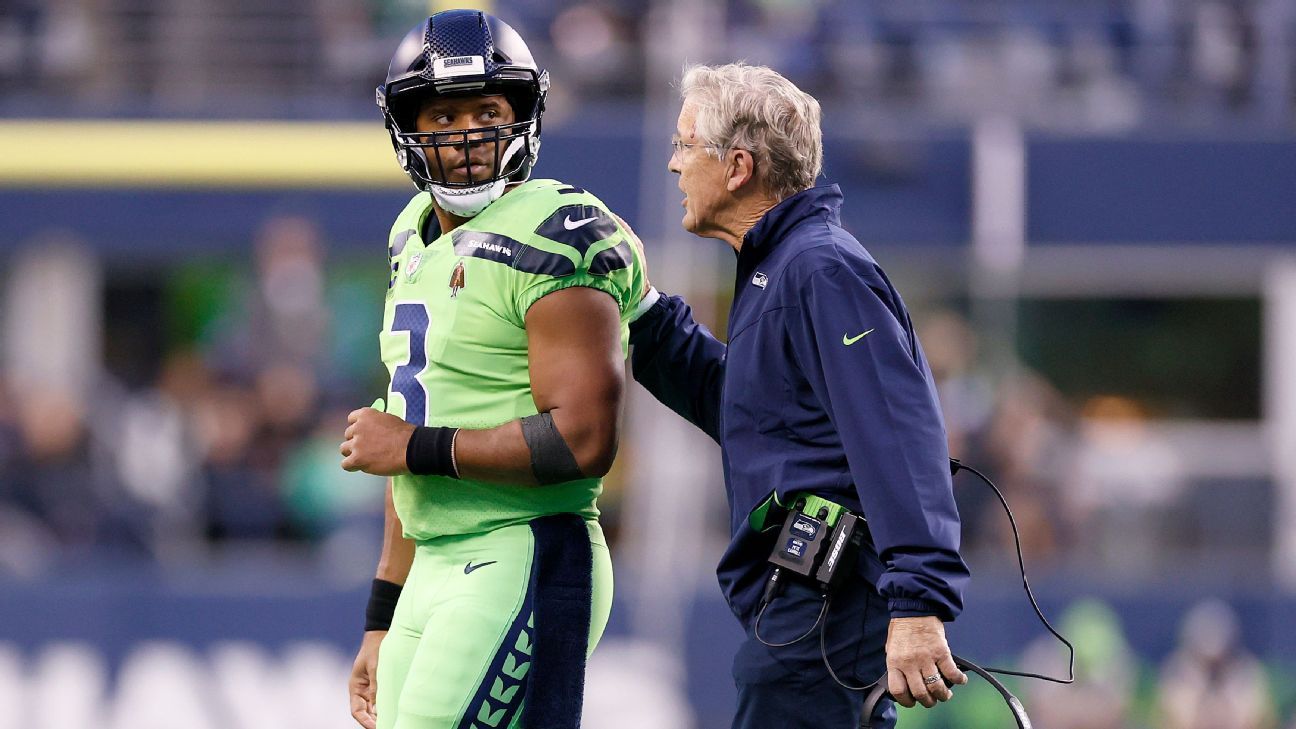 There is a league-wide feeling, according to sources, that Carroll and Wilson will not be together again next season, which would represent the end of one of the most successful head coach-quarterback duos in NFL history.

Entering Sunday’s game against the Lions, Carroll and Wilson have won 61 home games including the postseason, only one behind Bill Belichick and Tom Brady for the most by a coach-quarterback duo since Wilson’s rookie season in 2012.

There are many directions the Seahawks organization can go after this season, their worst in over a decade. There was constant speculation last offseason that Wilson could be traded, and multiple sources expect the same level of speculation this offseason.

Wilson even acknowledged his uncertain future this past Thursday when asked about Sunday’s game against the Lions.

“I know for me personally, I hope it’s not my last game (in Seattle),” he told reporters. “But at the same time, I know it won’t be my last game in the NFL.”

Wilson has said several times that his first desire and biggest goal would be to remain in Seattle, but only if the Seahawks’ desire to win matches his.

Wilson, 33, is a seven-time Pro Bowler and is already 27th on the NFL’s all-time list for passing yards with 36,585 over his first 10 seasons. Despite all those accomplishments, there are some who believe Wilson’s next 10 years could equally prolific – and he said this past week that he wants to win three more Super Bowls.

The offseason decisions on Carroll, who is under contract through the 2025 season, and Wilson, who has two years remaining on his current deal, will hinge on team chair Jody Allen, who has been the Seahawks’ de facto owner since her brother Paul died in 2018.

Allen’s plans currently are not clear, but Carroll said this past week that she has been on the “same page” with him and general manager John Schneider in terms of the overall direction of the franchise.

Wilson has a no-trade clause in his contract but was open last offseason to a deal to four teams — the Cowboys, Bears, Saints and Raiders.

Some sources believe Schneider is open to starting anew with added draft picks, but he also knows the value of a quarterback like Wilson.

Wilson missed three games in October because of a finger injury but has been productive this season, completing 65% of his passes for 2,639 yards and 18 touchdowns with just five interceptions.

“I want to win three more Super Bowls, that’s been in my head,” he said this past Thursday. “And so for me, how do we get there? How does that happen, and how do we do all that?”

Wilson was then asked if he believes he can achieve that goal in Seattle, given the direction of the franchise.