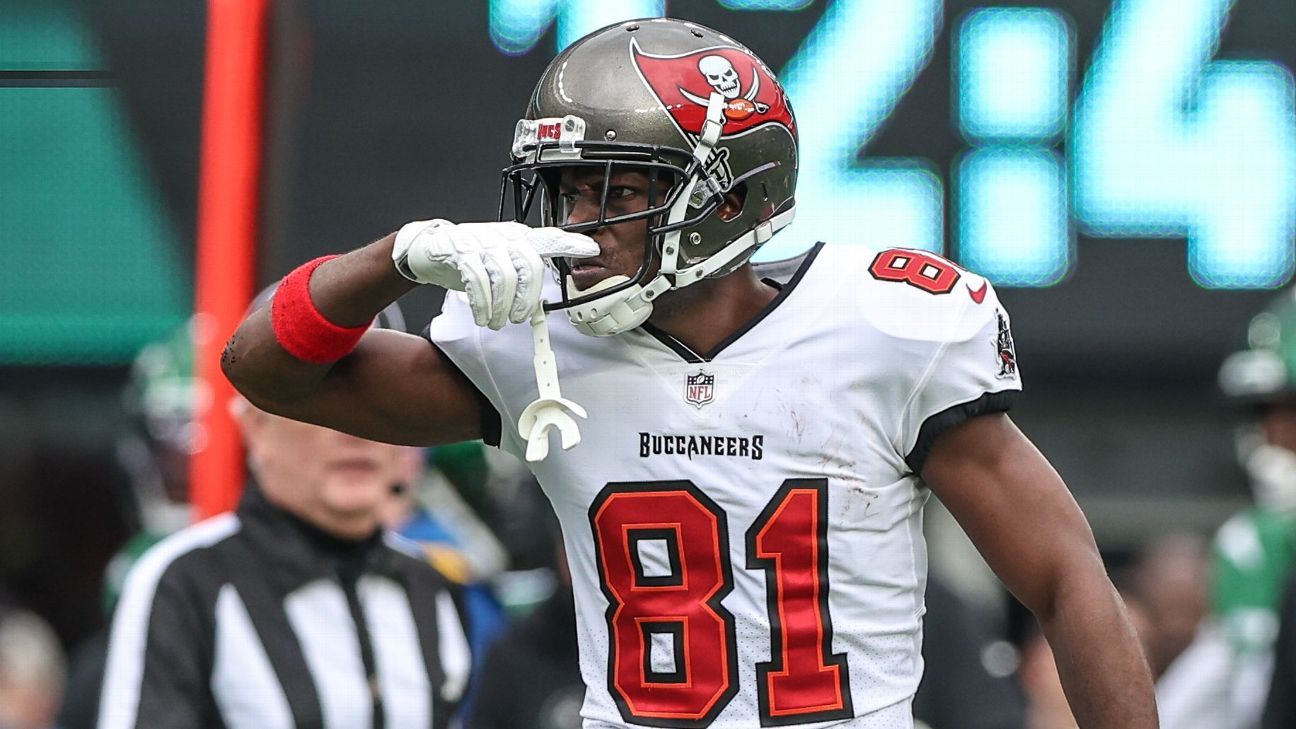 Teammates Mike Evans and O.J. Howard attempted to calm Brown, who took off his jersey, pads and undershirt, throwing his shirt and gloves into the stands. He then dashed across the end zone while both teams were on the field and waved to fans as he went to the locker room.

A spokesperson for the team said the Bucs would not be addressing the issue during the game, but according to the Buccaneers Radio Network, Brown was benched before leaving the field.