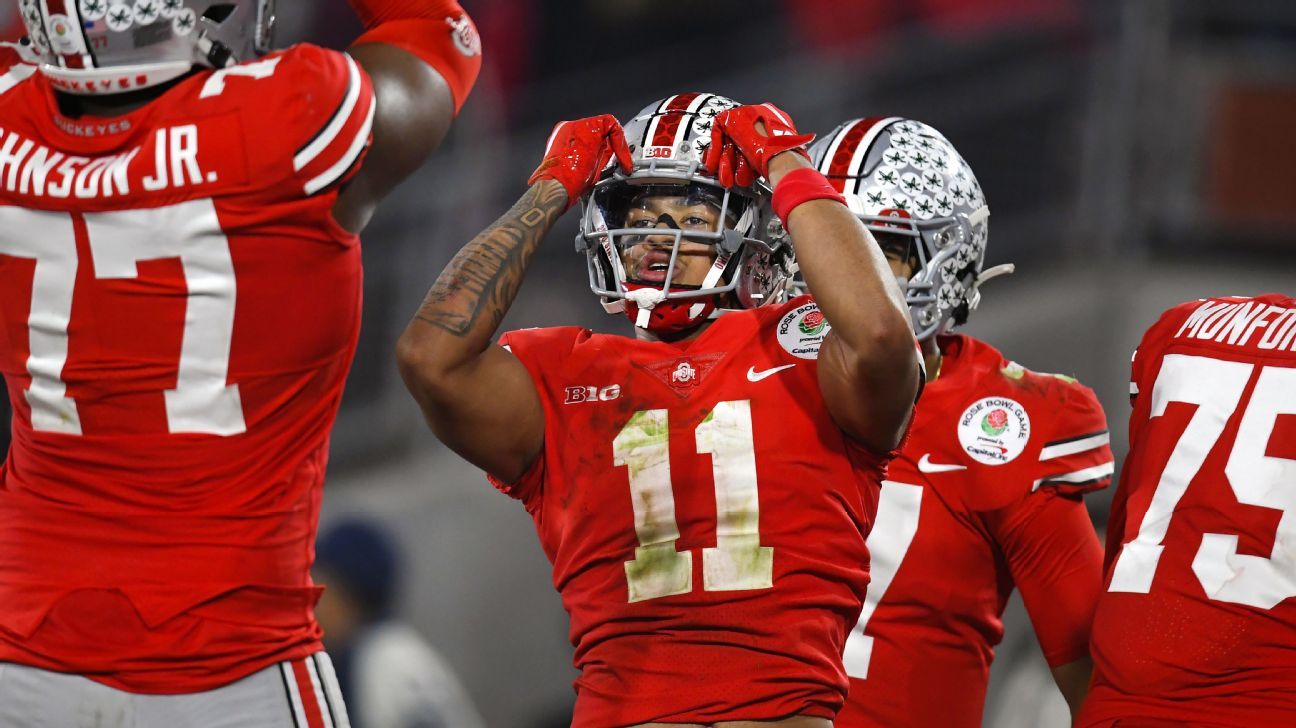 The 2021 Rose Bowl Game Presented by Capital One Venture X between the No. 6 Ohio State Buckeyes and the No. 11 Utah Utes was simply wild. At one point, six touchdowns were scored in less than three minutes — and that was just in the first half.

The Buckeyes were down by 14 at the half but came alive offensively in the final 30 minutes and won 48-45. Ohio State was led by the offensive trio of C.J. Stroud, Jaxon Smith-Njigba and Marvin Harrison Jr.

Smith-Njigba was the man of the night, putting together a record-setting performance in the Granddaddy of Them All. The Utes had no solution for Smith-Njigba, who caught 15 passes for 347 yards and three touchdowns.

The sophomore, alongside Stroud and Harrison, obliterated the school and bowl record books. They also ignited Buckeyes Twitter.

Here are some of the big numbers:

683: That is how many yards the Buckeyes offense accumulated Saturday, setting a new Rose Bowl record. It’s also the new Ohio State bowl game record. The Buckeyes needed every bit of it to overcome a 14-point deficit, the third-largest comeback in Rose Bowl history.

15 and 347: That’s Smith-Njigba’s stat line for receptions and receiving yards. His 15 receptions are the most ever in a Rose Bowl and is also an Ohio State single-game record. His 347 receiving yards are not only a record in this bowl’s history, but the fifth most ever in FBS history. He recorded 192 yards after the catch, the most since Colorado’s Laviska Shenault Jr.’s 214 in 2018.

Congrats to @jaxon_smith1 for taking over my record 👏👏🎉🎉 congrats man! https://t.co/h6VPbsDsHy

The next great one ‼️Omg 😱 @jaxon_smith1 stop it #RoseBowl #Respect

3: Both Smith-Njigba and Harrison had three receiving touchdowns against the Utes. That ties a Rose Bowl record held by Michigan’s Braylon Edwards (2005), USC’s Deontay Burnett (2017) and Alabama’s DeVonta Smith (2021).

The young duo of Smith-Njigba and Harrison Jr. are the second pair of Ohio State teammates to each record multiple receiving TDs in the same bowl game, joining Michael Jenkins and Santonio Holmes, who did it in the 2004 Fiesta Bowl.

6: The freshman signal-caller also tossed six touchdowns, breaking the previous Rose Bowl record of five by USC’s Sam Darnold in 2017. It’s also tied for the most ever in a bowl game in Big Ten history.

Stroud is also the first FBS player with 500 pass yards and six passing scores in a bowl game in at least the past 25 seasons.

The games today was better than yesterday games #NCAAF pic.twitter.com/KwueqTjRH6

This is one of my favorite Rose Bowls’ I’ve seen.

The Rose bowl has and always will be the best bowl game! #Classics #Big10 #Pac12

The key storylines for NC State-Clemson, Alabama-Arkansas and the rest of Week 5’s biggest games
Nash on Simmons: ‘Don’t care’ if he never shoots
Federer offers coaching tips to Laver Cup squad
India ‘A’ Crush New Zealand ‘A’ By 106 Runs In Third ODI To Sweep Series 3-0
Hojgaard’s lead cut to one shot at Open de France