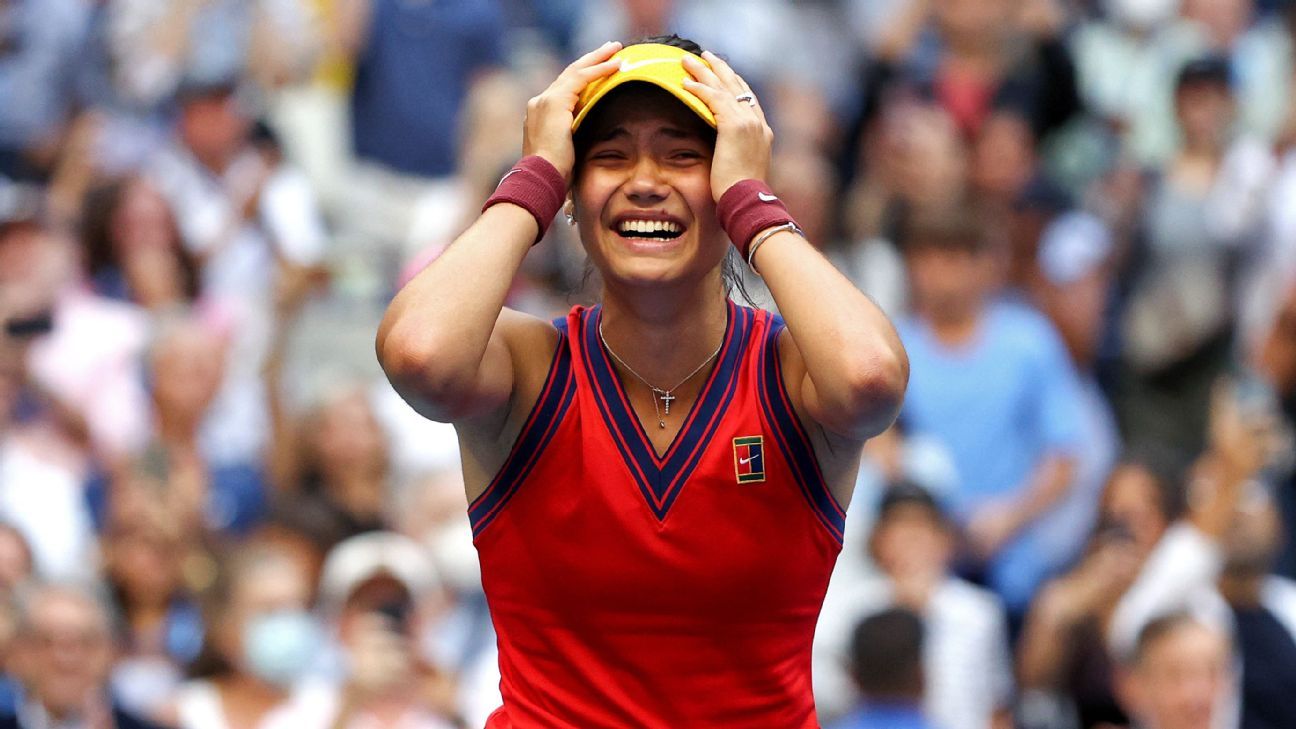 The 19-year-old Raducanu, who became the first qualifier to win a Grand Slam title, was made an MBE — or Member of the Order of the British Empire — by the queen.

It caps a remarkable year for Raducanu, whose U.S. Open win catapulted her to instant stardom in Britain. She was also named the BBC’s Sports Personality of the Year for 2021 after becoming the first British woman to win a Grand Slam tournament since Virginia Wade in 1977.

Raducanu said she was “immensely proud” of being awarded the MBE.

“This year has been full of amazing surprises for me so to end 2021 with this appointment is very special,” Raducanu said.

She was one of several sports personalities to be honored by the queen, with married cycling duo Laura and Jason Kenny awarded a damehood and knighthood, respectively, after breaking yet more records at the Tokyo Olympics.

Jason Kenny became Britain’s most successful Olympian as he won his seventh gold to move clear of former teammate Chris Hoy, while Laura Kenny extended her own record as the nation’s most successful female by collecting her fifth gold and a silver medal.

Olympic swimming champion Adam Peaty and Chelsea Women coach Emma Hayes were both made an OBE, or Officer of the Order of the British Empire.

Raducanu has withdrawn from this week’s Australian Open warm-up tournament in Melbourne having just come out of isolation after testing positive for COVID-19.

“The timing to compete in the first Melbourne event this week is too soon for me, having just returned from isolation,” Raducanu was quoted as saying by the organisers.

The world number 19 is scheduled to compete in the Sydney Classic later this month before making her debut in the Jan. 17-30 Australian Open.

Information from Reuters was used in this report.