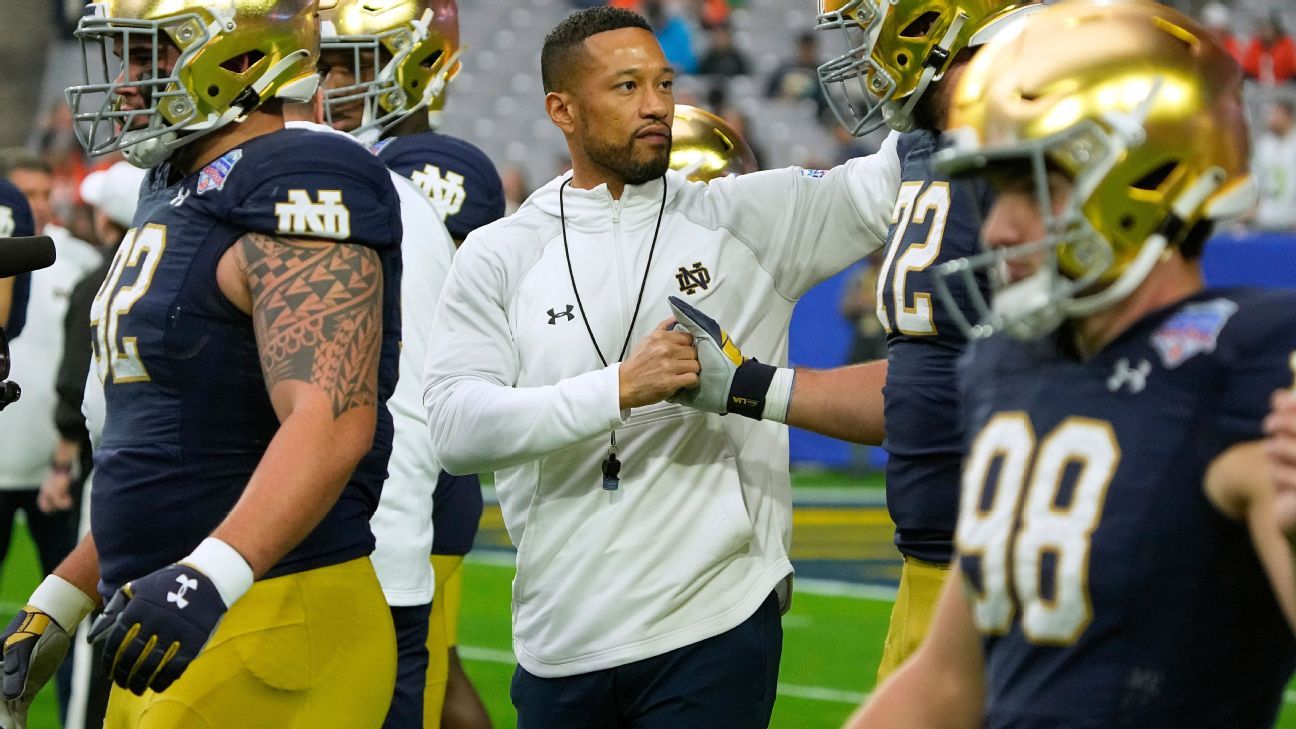 Notre Dame secured a commitment from ESPN Junior 300 safety Peyton Bowen on Saturday, giving the Irish eight commitments ranked in the top 300, the most of any program in the 2023 class.

Notre Dame saw a few decommitments in the 2022 cycle after Brian Kelly left for LSU, but there has been no drop-off in the 2023 class with Marcus Freeman as head coach.

Bowen is the No. 50 prospect overall and the No. 2 safety in the class, according to ESPN’s rankings. He’s a 6-foot, 185-pound recruit from John H. Guyer High School in Denton, Texas, and chose the Irish over Alabama, Oklahoma and USC.

Bowen is the sixth defensive commitment ranked in the ESPN Jr. 300 for Freeman, and he joins defensive end Keon Keeley, ranked No. 34, and linebacker Drayk Bowen, the No. 43 prospect, as the three recruits ranked in the top 50.

Despite the coaching change with Kelly leaving so close to the early signing period, Freeman and his staff were able to keep most of the 2022 class intact and finished No. 6 in the class rankings.