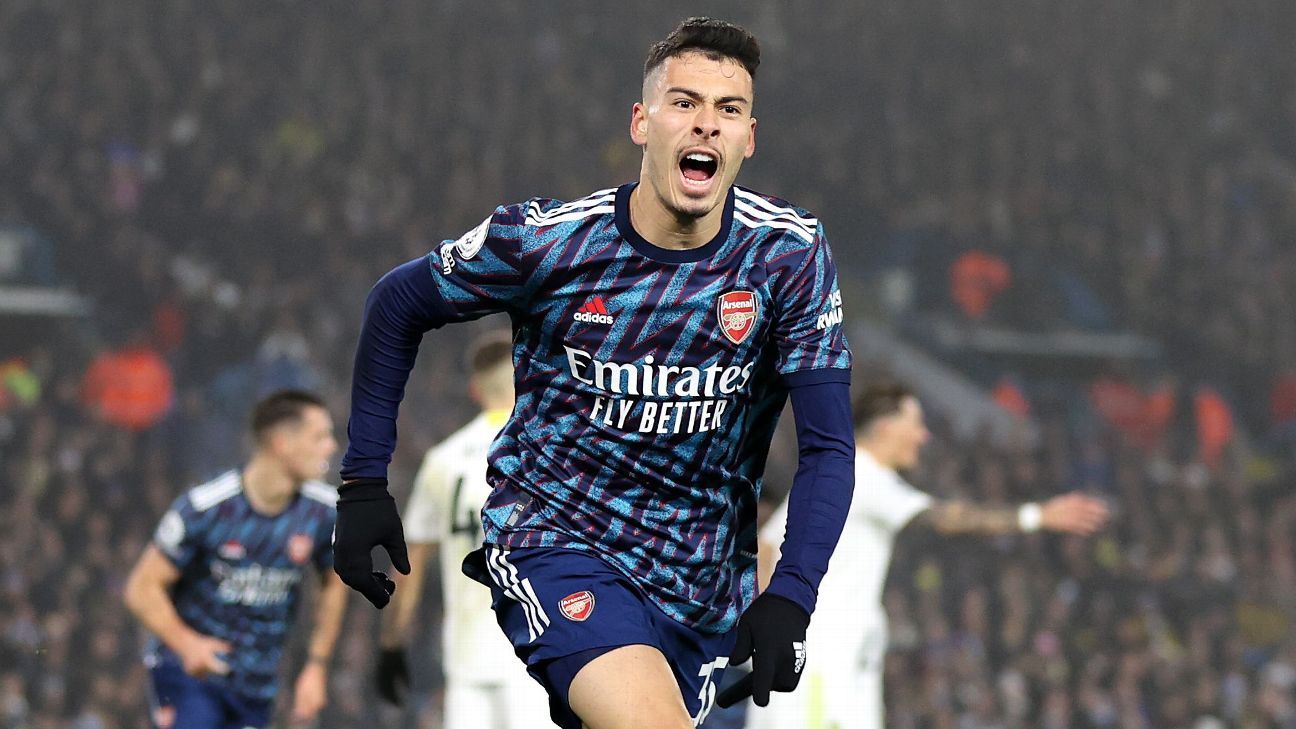 In April, I looked at the next generation of male football stars — the top talents, aged 21 or under, who have shown the promise and ability to become the next household names.

While the 39 players on that list were already reasonably established at their clubs, there are also some lesser-known names who have also raised their level this year — enough to suggest that they could be the next breakout stars in 2022.

Here’s a list of those who, with the right development, luck and opportunities in their respective first teams, could make a real name for themselves in the New Year.

The 19-year-old has long been linked with a move abroad and is still being monitored by some of Europe’s elite clubs as he approaches his 200th league game for Sparta. A quick, sharp forward who can either be fielded as a centre-forward or in a deeper, more supporting/roaming role, Hlozek is already a full senior international for the Czech Republic and made three substitute appearances at last summer’s Euro 2020.

Despite standing reasonably tall at 6-foot-2, Hlozek is happier when the ball is on the ground, and he loves making runs in behind the defensive line. Time will tell whether any top clubs — Liverpool, West Ham, Borussia Dortmund and Bayern Munich have been mentioned as possible suitors — are prepared to meet Sparta’s reported €18 million valuation in January.

After a promising start following his arrival from Ituano in 2019, the Brazilian’s Premier League progression has been held back by recurring injuries. However, his recent performances have been impactful, and his two goals away at Leeds United were of the highest order.

Whether playing wide on either side or through the middle up front, Martinelli excels with his brilliant off-the-ball movement and agility, often finding space between the lines to set off on incisive runs. He also possesses an excellent touch on the ball and an incredibly high work rate — and given his ability to play quick combinations in the final third, he fits well into Mikel Arteta’s attacking plans.

The Ivory Coast international has enjoyed a meteoric rise since he was allowed to move to Club Brugge by Hammarby after only six months in Sweden. Instantly impressive in Belgium, Kossounou spent two years at the club before he earned a €23m move to Bayer Leverkusen, amid reported interest from Premier League clubs, in the summer of 2021.

In addition to being quick, commanding in the air, focused and having the balance to fend off challenges when stepping into midfield with the ball, Kossounou knows how to defend one vs. one. Even when he’s dragged out of central positions, he tends to come out with the ball first.

Having established himself as a Premier League regular in no time at all this year, one wonders what new achievements await the teenager in 2022. Despite being named “Academy player of the season” at Chelsea and being involved in the first team set-up towards the end of 2020-21, Livramento turned down a new contract with Chelsea — where he saw his pathway blocked by England international Reece James — to join Southampton.

A quick right-back who can cross well, he has good technique and is an excellent ball-carrier. Livramento has blossomed at St Mary’s to show himself to be a real prospect.

The talented midfielder has made a respectable start to his professional career, with two fine displays in the Champions League against FC Porto and AC Milan, though he’s so far struggled to replicate that form domestically. In the absence of Jordan Henderson and Thiago Alcantara, the Melwood academy product took on a deep playmaking role for the Reds, distributing and circulating the ball with ease, where he caught the eye.

Having played further up the pitch at academy level, Morton is also able to feature as a “No. 8” or even as an out-and-out attacking midfielder. An intelligent footballer who does a lot of scanning prior to receiving the ball, he has impressed with his composure and range of passing while playing for the first team.

A €7m signing from Brondby in the summer, Lindstrom already looks like one of the bargains of the season in the German Bundesliga. After taking a few months to settle in, the Denmark international has been in inspirational form for Frankfurt, scoring in the last three games before the Christmas break.

While capable of playing in most midfield positions — he does tend to roam a lot, regardless of where he starts — Lindstrom has flourished in an attacking midfield role, sitting just behind the lone striker in Frankfurt’s 3-4-2-1 system. An excellent ball-carrier, he is a dynamic presence in midfield, often seen taking on opponents in central areas, and his ambidexterity makes him capable of scoring from long range with either foot. He’s a modern, multi-talented midfielder.

Any doubt that the €15m summer signing from FC Nordsjaelland was worth the record fee paid to a Danish club has been quickly removed. The Ghana international, who at times appears to be playing at 1.5x speed, scored on his debut against Lens back in August and has shown his incredible ability in spells for the French side this season.

Sulemana’s best game came in the 2-0 win against Paris Saint-Germain (incidentally his only full game for Rennes this season) in which he tormented one of the world’s best full-backs, Achraf Hakimi, with his quick turns, accelerations and mesmerising dribbling. Still prone to ups and downs in terms of end product, Sulemana’s potential already ranks among the highest in Ligue 1.

Arguably one of the most rapidly improving defenders in European football, Timber can look back on a wonderful six months. As a key member of an Ajax defence that has conceded an incredible four goals in 17 league games, the 20-year-old has struck up an efficient partnership with Argentine Lisandro Martinez and has kept the highly rated Perr Schuurs out of the starting line-up at times.

Quick thinking and excellent concentration make Timber come out on top in 70% of his defensive challenges, while he’s smooth on the ball with an agility that allows him to advance it into midfield (often finding runners wide with a well-placed pass.)

In an age where young strikers tend to be all about fancy flicks, lay-offs and a technique-based all-round game, Alberto is a rather refreshing throw-back. While he does have a decent first touch and is developing his hold-up game, the young Brazilian — who scored 12 league goals for Internacional this season — comes properly to life when he’s facing goal.

Equipped with a stunning change of pace, as well as strength and balance, he’s difficult to knock off the ball and tends to speed past opponents at will when space opens up in front of him. Developed at Santos, the striker has recently attracted interest from several big European clubs, including Barcelona, after an inspiring season.

Tipped by many as the next Brazilian superstar, the Palmeiras teenager has the natural ability to go all the way. Whether his technical skills and flair will eventually be backed up by tactical discipline and an ability to make an impact across the full 90 minutes is still an open question, however.

An unused substitute as his club recently won the Copa Libertadores, Veron — who is nothing like the Argentine central midfield legend he was named after, Juan Sebastian — is a tricky, right-footed winger who excites fans with his quick body feints and changes of direction. Perhaps regular status for Palmeiras should be the first priority for the flamboyant attacker before a move to Europe but, thanks to his inspiring performances for the Brazil‘s national youth teams, he’s already on the radar of many top clubs.

What’s next for USMNT without sporting director, GM or coach?
Ingram nets 13 in long-awaited return for Pels
Djokovic back at No. 1 on ATP after Aussie Open
Amid chaos and uncertainty, U.S. takes the long view
“Will Nag Me For Rest Of My Life”: Australia Star On Missing India Tests