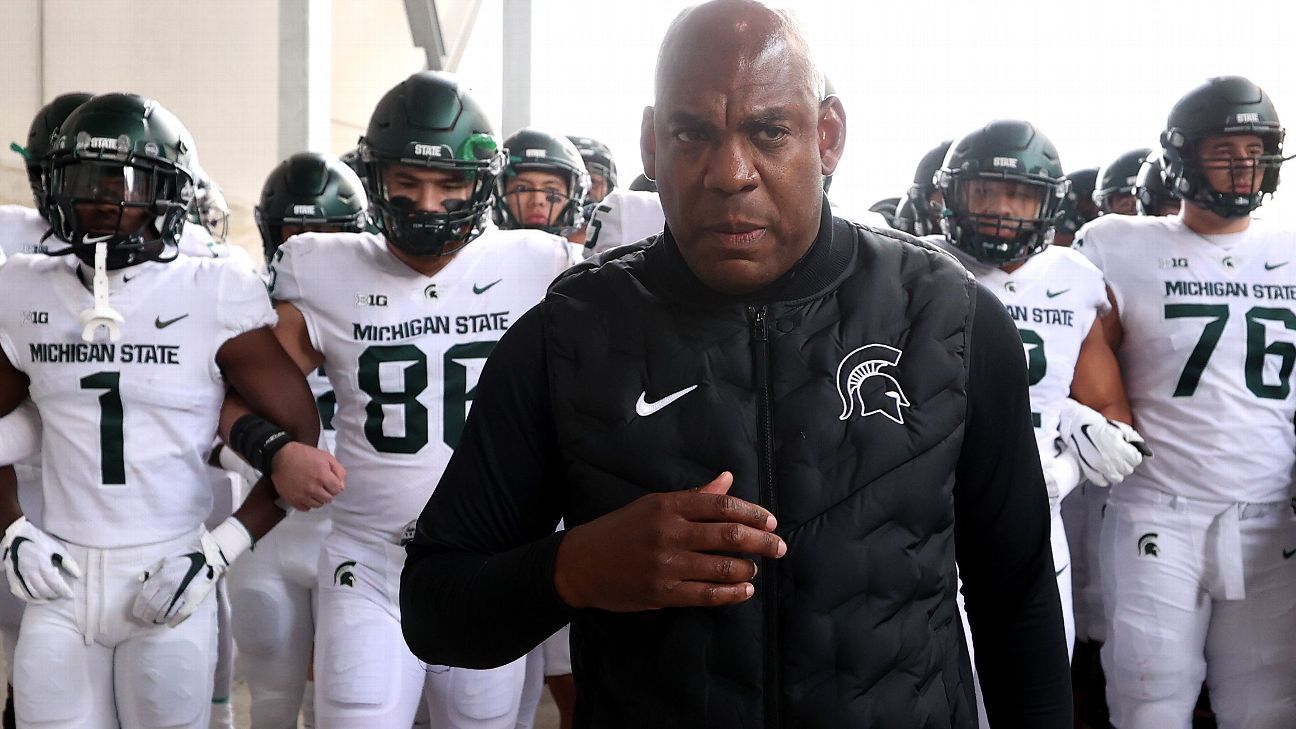 Michigan State defeated Pittsburgh 31-21 in the Chick-fil-A Peach Bowl on Thursday night, capping off a turnaround 11-2 season for Mel Tucker in his second year as head coach.

The Spartans faced a 21-10 deficit in the third quarter, but outscored Pitt 21-0 in the fourth quarter to complete the comeback victory. It was the largest point differential in the 4th quarter of a bowl game over the last 5 seasons.

After the game, Tucker said that he felt like his team gave their all on the field not just during Thursday night’s game, but the entire season.

“We really have laid the foundation for how we need to play football here,” he said. “And our culture has really shifted, and we’re cementing it and we’re building upon it every single day. And the brand of football we play here at Michigan State is very important. And everyone should be able to look on that field and when they see us play and say, ‘Those guys play hard. Those guys are tough, they’re physical, they won’t quit. They don’t flinch.'”

Michigan State played without Doak Walker award winner Kenneth Walker III and had just 56 yards rushing in the game. However, quarterback Payton Thorne‘s mid-game adjustments made up for Walker’s absence.

After going 5-14 for 34 yards in the third quarter, Thorne threw for 144 yards and two touchdowns in the fourth. After the game, he said he received encouragement from his coaches throughout the whole game, as well as the fans who traveled to Atlanta.

“Going into the fourth quarter it was just play one play at a time and try to put a good drive together,” Thorne said. “And our guys made great plays, great catches all around, and the offensive line played well picking up all the blitzes.”

Pitt was without Heisman Trophy candidate quarterback Kenny Pickett, who opted out prior to the game to prepare for the NFL draft. Pickett’s replacement, Nick Patti, broke his collarbone in the first quarter after diving for a touchdown, and would miss the rest of the game.

But despite Pitt being down to their third string quarterback, Michigan State still had to climb back into the game. In defiance of Pitt quarterback Davis Beville‘s best efforts late in the game, the Spartans sealed the game with a 78-yard pick-six by linebacker Cal Haladay.

It was a happier ending to the season for the Spartans, who finished the 2020 campaign with a 2-5 record, with their final loss of the season a 39-24 loss to Penn State on the road.

Michigan State started the season 8-0, which landed them in the top four of the College Football Playoff rankings before ultimately dropping after a 56-7 loss to Ohio State.

Because of the turnaround this season, Michigan State and Tucker agreed to a 10-year deal worth $95 million to remain with the Spartans back in November.

‘It’s been a journey’: The Brown twins’ long road toward NFL dreams
‘A little adversity’: Bruins lose 2 in row for 1st time
How to watch PGA Tour’s AT&T Pebble Beach Pro-Am on ESPN+
Signing day preview: Which recruits are still available and what to expect Wednesday
Marlins’ Arraez wins arbitration case, gets $6.1M