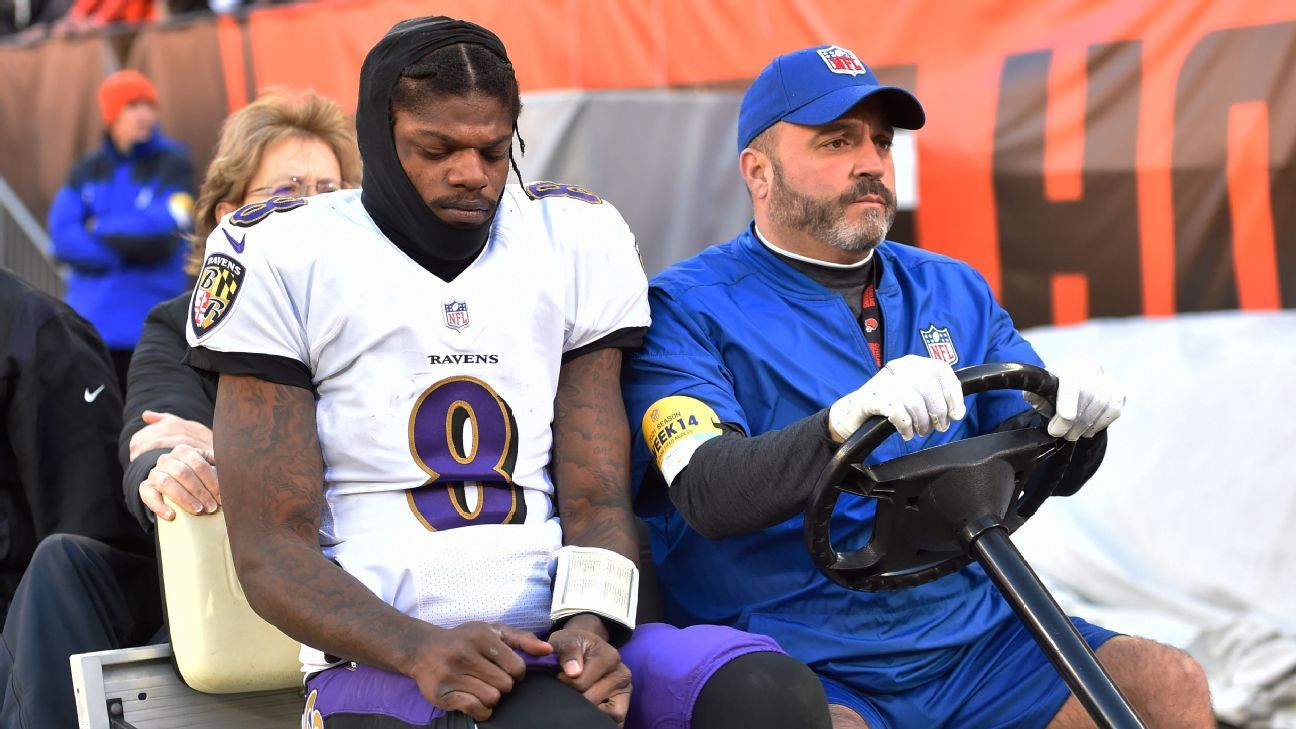 OWINGS MILLS, Md. — For a third straight week, quarterback Lamar Jackson has not been ruled out despite missing nearly all of the Baltimore Ravens‘ practices.

Jackson, who is dealing with a right ankle injury, hasn’t practiced the past two days after limping badly Wednesday. After Friday’s practice, Ravens coach John Harbaugh held out hope that Jackson can suit up for Sunday’s game against the Los Angeles Rams, which is critical to Baltimore’s dwindling playoff hopes.

“I think he’s got a chance to play on Sunday,” Harbaugh said. “We’ll have to see. This time of year … it’s all hands on deck. Guys who are ready to play and can play will.”

Tyler Huntley, who has filled in capably this season, would be in line to start if Jackson can’t play, Harbaugh said. Josh Johnson, who started last Sunday’s loss to the Cincinnati Bengals, would then back up Huntley.

Jackson, the 2019 NFL MVP, hurt his right ankle Dec. 12 during Baltimore’s loss at Cleveland. He didn’t practice for the next two weeks, and the Ravens continued to list him as questionable before making him inactive on game day.

On Wednesday, Jackson returned to the field for the first time in 17 days and struggled to put any weight on his right foot as he moved from drill to drill.

Asked if Jackson was allowed to practice too soon, Harbaugh said, “That’s medical decisions. That’s what the doctors and the trainers do. We don’t make those decisions as coaches. It didn’t make him any worse.”

Baltimore (8-7) has lost four straight games to fall to No. 8 in the seven-team AFC playoff field. If the Ravens lose to the 11-4 Rams, their postseason chances fall to 8%, according to ESPN’s Football Power Index.

“We just got to get a win,” Huntley said when asked about starting in such a pressure-filled game.

After sitting out Wednesday’s practice, Huntley returned to the Ravens on Thursday after being activated off the reserve/COVID-19 list. He said he had “tough symptoms” at the end of last week, which forced him to miss Sunday’s game in Cincinnati.

Huntley, who is 1-1 as a starter, has exceeded expectations when filling in for Jackson. In his last start, Huntley became the first Ravens player to record multiple touchdown passes and touchdown runs in the same game in a 31-30 loss to the Green Bay Packers.

“I can play in this league a little bit,” Huntley said. “I just want to get better. I feel great that the reps that I’m getting, it makes everybody around me feel even better.”