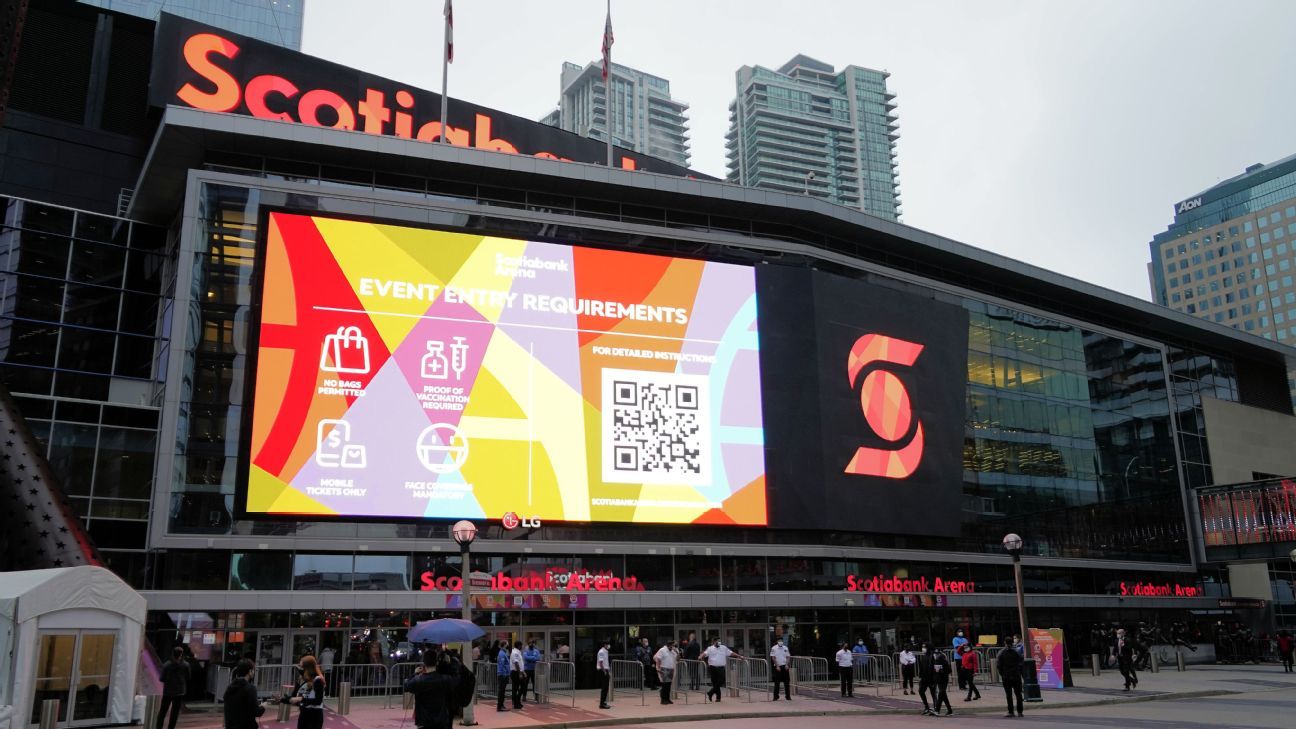 The Toronto Raptors and Maple Leafs will begin hosting home games without selling tickets to fans for the next three weeks starting Friday following a decision by the province of Ontario to limit venue capacities.

Ontario’s government capped attendance at concert venues, arenas and theaters to 1,000 people or 50%, whichever is less, amid the current surge in COVID-19 cases.

The Raptors cancelled all tickets for Friday’s game against the LA Clippers and both teams announced to fans they expected to do so for, at least, the next three weeks. The two teams can still allow a small crowd in the arena, likely to be filled by team staffers and a pool of tickets that can be given to family and friends.

Capacity at Scotiabank Arena, the home for both teams, had already been reduced to 50% earlier this month. This week the venue stopped selling food or drinks during events to enforce a more strict mask mandate.

However, only the Raptors have experienced playing in front of a reduced crowd this season.

The Maple Leafs have not played a home game since Dec.11 because of a team wide COVID-19 outbreak that led to several game postponements. They are scheduled to host the Ottawa Senators on Saturday. The NHL has postponed nine home games for Canadian teams from Friday to Jan 10 due to no fans policies, to be rescheduled when COVID-19 restrictions are eased or lifted.

The Maple Leafs played in front of an empty Scotiabank Arena last season, hosting only Canadian based teams, while the Raptors played their home games in Tampa, Flroida. because of cross-border travel restrictions.