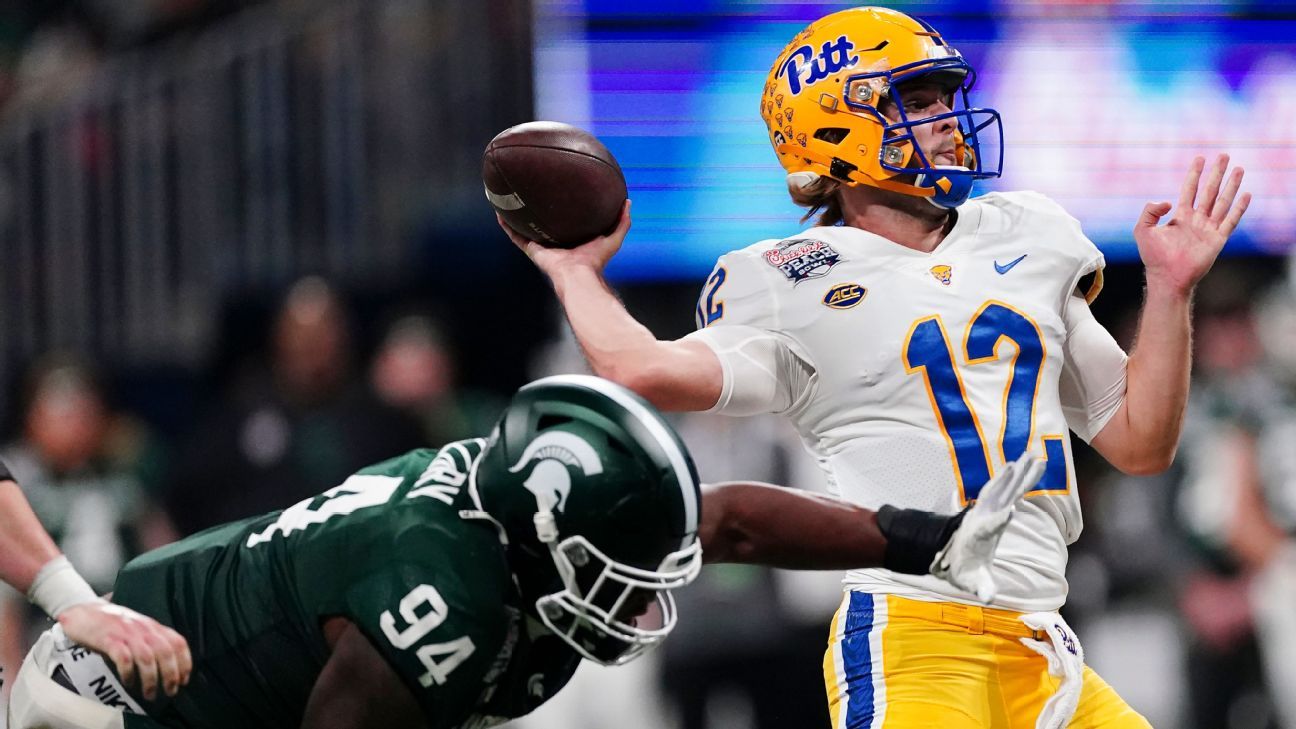 Pittsburgh quarterback Nick Patti suffered an injury during the first quarter of the Chick-fil-A Peach Bowl against Michigan State on Thursday night and left the game.

With 7:57 left in the quarter, Patti ran 16 yards and dove for the pylon to tie the game at 7-7. After Patti went back to the sideline, he was taken to the locker room by Pitt’s medical staff.

He later reappeared on the sideline with his jersey off, his headset on and his left arm in a sling. There was no immediate word on his status or specific injury.

Patti left the game having completed 2 of 5 passes for 21 yards, as well as three rushing attempts for 27 yards and a touchdown.

Davis Beville, a sophomore who had previously thrown just four passes this season, replaced Patti at quarterback for the Panthers.

Patti got the start for Pitt after Heisman Trophy finalist Kenny Pickett announced Dec. 16 that he was opting out of the bowl game in order to prepare for the NFL draft. Pickett finished the season with 4,319 yards passing, 42 touchdowns and seven interceptions, leading Pitt to its first ACC championship.