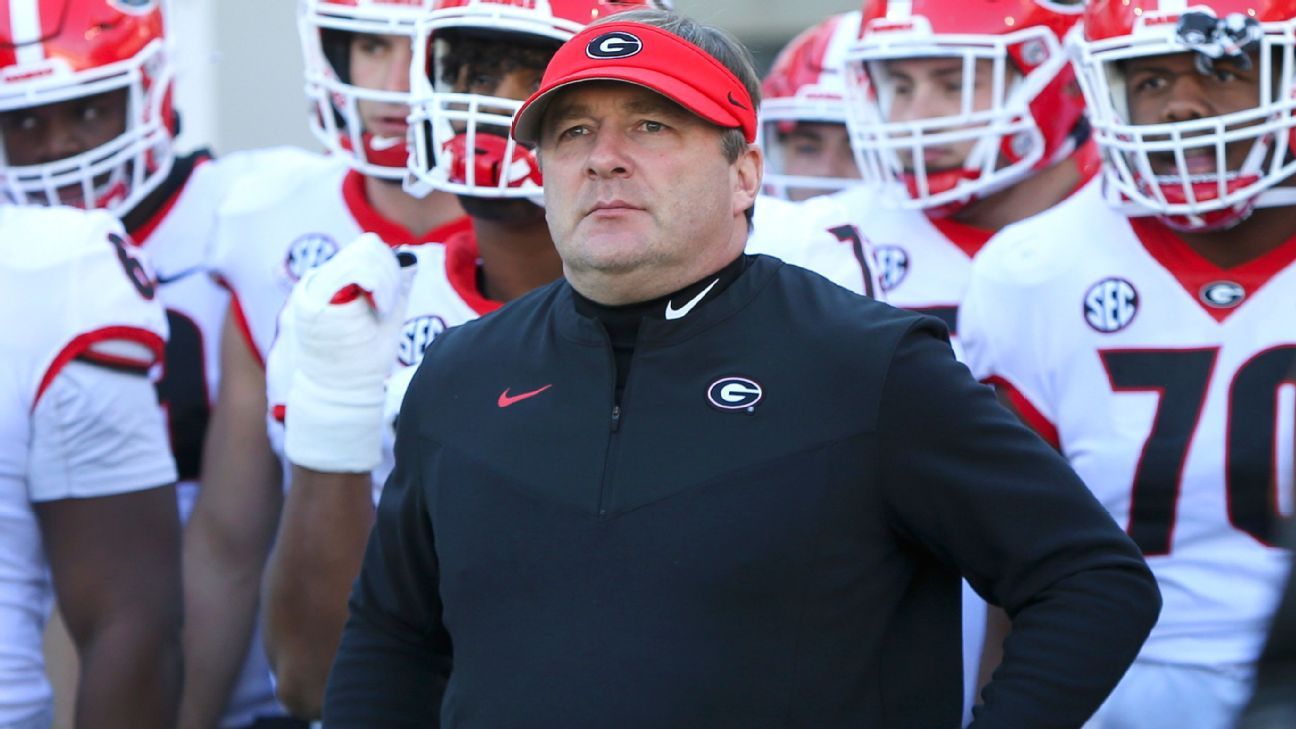 MIAMI — Georgia coach Kirby Smart said the Bulldogs were dealing with COVID-19 issues a couple of weeks ago, but he expects his team to be near full-strength when it plays No. 2 Michigan in a College Football Playoff semifinal at the Capital One Orange Bowl on Friday.

Smart wouldn’t disclose which players were dealing with COVID-19 issues during a news conference with reporters on Wednesday.

“I think just across the country as a whole, you turn on the national news and it’s the lead-in story,” Smart said. “You look across the country and the impact it’s had on other games, whether that be the NBA, NFL, the bowl games that it’s impacted, it’s certainly had an impact.”

Smart said No. 3 Georgia had offered booster shots to its players on four occasions and that some players received them, and others didn’t. When COVID-19 cases started increasing in the U.S. before the Dec. 4 SEC championship game, Smart said the Bulldogs enhanced their precautions.

“We increased a lot of things around our building and our awareness of our players and understanding what’s going on,” Smart said. “They’ve really adhered to the policies we’ve asked them to and been able to steer clear for the most part. We had a little bout the last couple of weeks, when we lost some guys, but we got most of those guys back. The biggest thing is really being at full strength when you have to be and that’s what we’re aiming toward.”

Defensive lineman Travon Walker said the Bulldogs are trying to stay safe in south Florida by wearing masks indoors and avoiding crowds. Both teams have had trips to the beach and team dinners. In-person interview sessions and a media day were moved online or canceled.

“The players have been able to do the outings,” Smart said. “The CFP has made it very safe for them to do that. I think probably the worst thing you could do would be to have these kids come to a hotel and just be in the hotel for four days and not move and not do anything. They’ve made it safe for our players to function, and as a matter of fact being outside probably helps them more than anything else as long as they’re in a safe environment and not around crowds of people they don’t know.”

Smart also reiterated what offensive coordinator Todd Monken said on Tuesday in regard to the Bulldogs’ starting quarterback: senior Stetson Bennett, a former walk-on, will start against the Wolverines on Friday (7:30 p.m. ET, ESPN and ESPN App). It will be Bennett’s 10th consecutive start after he replaced former starter JT Daniels in a 62-0 victory at Vanderbilt on Sept. 25.

“Stetson’s our starting quarterback,” Smart said. “Again, the JT situation will be, is the situation right [in the game] and is he healthy enough?”

Daniels, a one-time transfer from USC, has attempted only 23 passes in two games since injuring a lat muscle against the Commodores.

“Our team understands that we’re going to give our team the best opportunity to win, and we feel like Stetson does that. That’s not to knock on JT. That’s the part that’s so sad about this; [the media] want to ask us as coaches questions and I want to answer them as honest as possible. But the hardest thing is every time you ask a question, you drive the comparison home. Really, at the end of the day, they’re both different quarterbacks and they’re both good in their own right.”