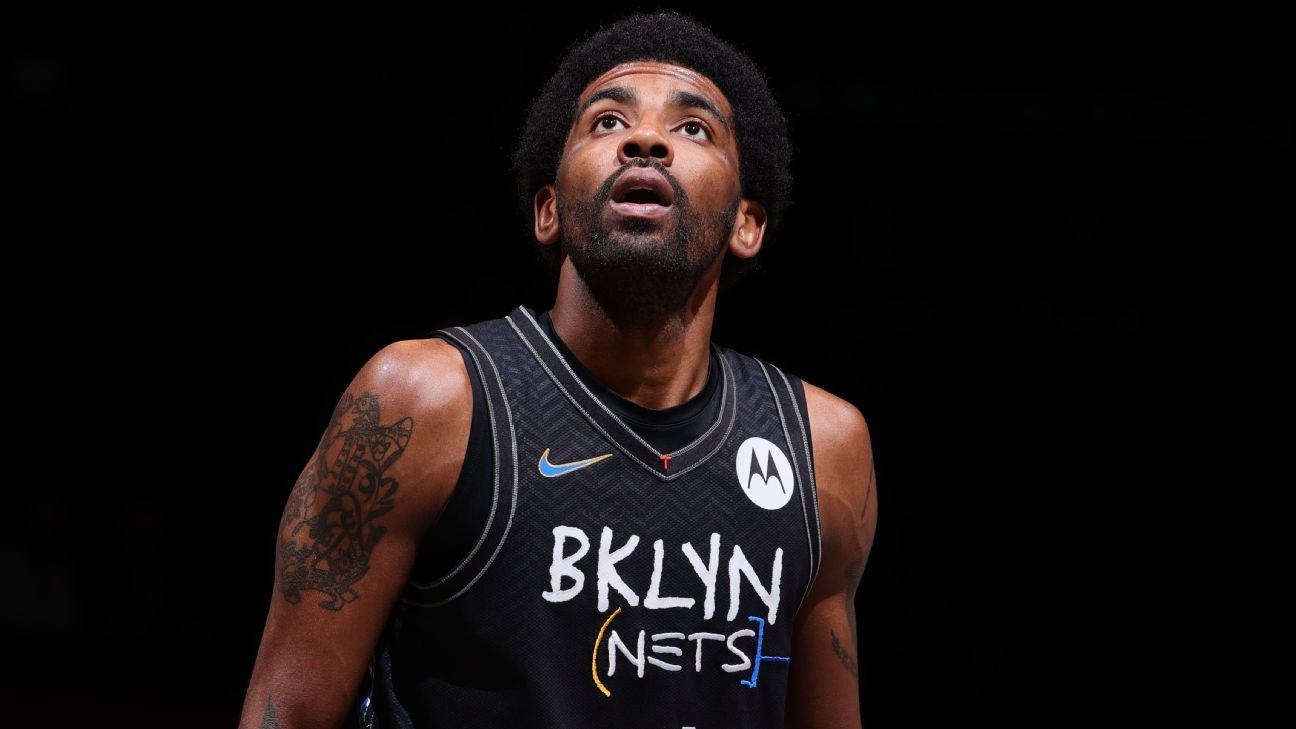 Kyrie Irving returned to a Brooklyn Nets‘ practice for the first time since the preseason and said he understood why the team decided to have him stay away because of New York City’s vaccine mandate.

“I understood their decision and respected it,” Irving told beat writers Wednesday at the Nets practice facility in Brooklyn, making his first public comments since Oct. 13. “I really had to sit back and think and try not to become too emotionally attached to what they were deciding to do. I had to really evaluate things and see it from their perspective, meaning the organization, my teammates.

“I really empathized and I understood their choice to say if you are not going to be fully vaccinated, then you can’t be a full participate.”

Coach Steve Nash has said that Irving will need to ramp up for a week to two weeks before he can return in a road game.

“I’ve missed so much time,” Irving said of being away. “It’s my first day back around the block with the guys and it felt like it’s been a long time. It’s only been what, three months or so. But it has felt like the days have been slowly crossed off the calendar while I am sitting at home. When I thought about [returning to practice] last night, I could barely sleep.”

Irving has not been with the team on a regular basis since practicing with the team for a week in San Diego during training camp in early October. With New York City mandating that players get vaccinated in order to play at Barclays Center, the Nets in October decided against having Irving be with the team for road games and practices as well.

“I knew the consequences,” Irving said of not being vaccinated and having to be away from the team. “I wasn’t prepared for them by no stretch of the imagination. Coming into the season, I had my thought process on being a full-time teammate and just going out and have fun and provide a great brand of basketball. But unfortunately it didn’t happen like that. Things happen for a reason. We are here and I am just grateful for this.”

With a COVID-19 outbreak leading to as many as 10 Nets in health and safety protocols at one time, Brooklyn had three games postponed last week. The Nets opted to bring back the point guard for road games.

“Incredibly grateful just to be back in the building,” Irving said. “Welcomed back with open arms [from] my teammates, the whole organization. Not gonna lie, it has been relatively tough to watch from the sideline with everything going on in the world. I know everybody is feeling it [COVID]. Just praying for everybody to be healthy during these times. If I get the opportunity to get on the court and play with my teammates, even if it is just on the road for away games, I am grateful for the opportunity.”

Irving, 29, admitted that it was hard for him to tune out all the talk surrounding him and the Nets while he was away.

“A lot of uncertainty,” Irving said of waiting for when he could return. “A lot of what-if’s. A lot of scenarios. It is hard not to pay attention to what is being said about the circumstances that we are under and everybody’s opinion on that. I tried to stay grounded and connected with the team, engaged and waiting for the time or the chance when things kind of settled down.

“I don’t even know if settled down is the right phrase to be using with everybody testing positive and just what’s going on [around the NBA].”

Nash said Irving was part of a stay-ready group that got conditioning in and played during practice.

“He looks great considering he just came out of protocols and hasn’t played basketball,” Nash told reporters. “How does he recover from today? How many high-intensity [practices] does he need to feel comfortable, confident.”

“It’s still a shifting landscape,” Nash said of where Irving is physically. “I couldn’t give you an answer but as far as seeing him in the flesh today he looked as well as you could expect considering everything that’s happened in the last few weeks.”

Even though this was his first time on a floor with pros after working out in middle school and college gyms, Irving said being on the floor with his team was like riding a bike again.

“I’ve never seen Kyrie not be Kyrie,” forward DeAndre’ Bembry said. “So for the most part he looks good. Getting up and down the floor, he didn’t look tired. He looked good today. Same Kyrie, get to the rack, shoot the midrange, shooting some 3s.”

It might be a while before Irving makes his season debut. The Nets start a three-game homestand Thursday against Philadelphia. Irving’s first opportunity to play is when the Nets have their next road game at Indiana on Jan. 5. After that, the Nets are not on the road until Jan. 12 at Chicago. Following that, the Nets start a four-game road swing on Jan. 17 at Cleveland.

“I’m at peace with the ramp-up,” said Irving, who will not be able to play against the Knicks at Madison Square Garden or at Toronto unless he is vaccinated. “But I can’t sit here and sugarcoat it.

“… I am just looking forward to that first game whether it be kind of [Jan. 5] or somewhere after that, however I can get back in shape at an optimum level and be productive, that is what I am aiming on.”

Durant, 33, and James Harden, 32, wanted Irving back and the point guard says the championship window will be open for only so long for the Nets’ Big Three.

“We have a lot more left in the tank,” Irving said. “But obviously our age between us three, us being at a certain level of mastery in this game, it is only going to last for a certain amount of time. We wanted to strike while the iron is hot.”

Formula 1: Ford to return after 22 years out of sport
Driving for perfection: The thousands of miles that shaped Alycia Baumgardner into a world champion
‘This is the happiest time for me’: Inside Fedor Emelianenko’s last hurrah in MMA
Marlins’ Arraez wins arbitration case, gets $6.1M
Arbitration for Braves, Cy Young runner-up Fried