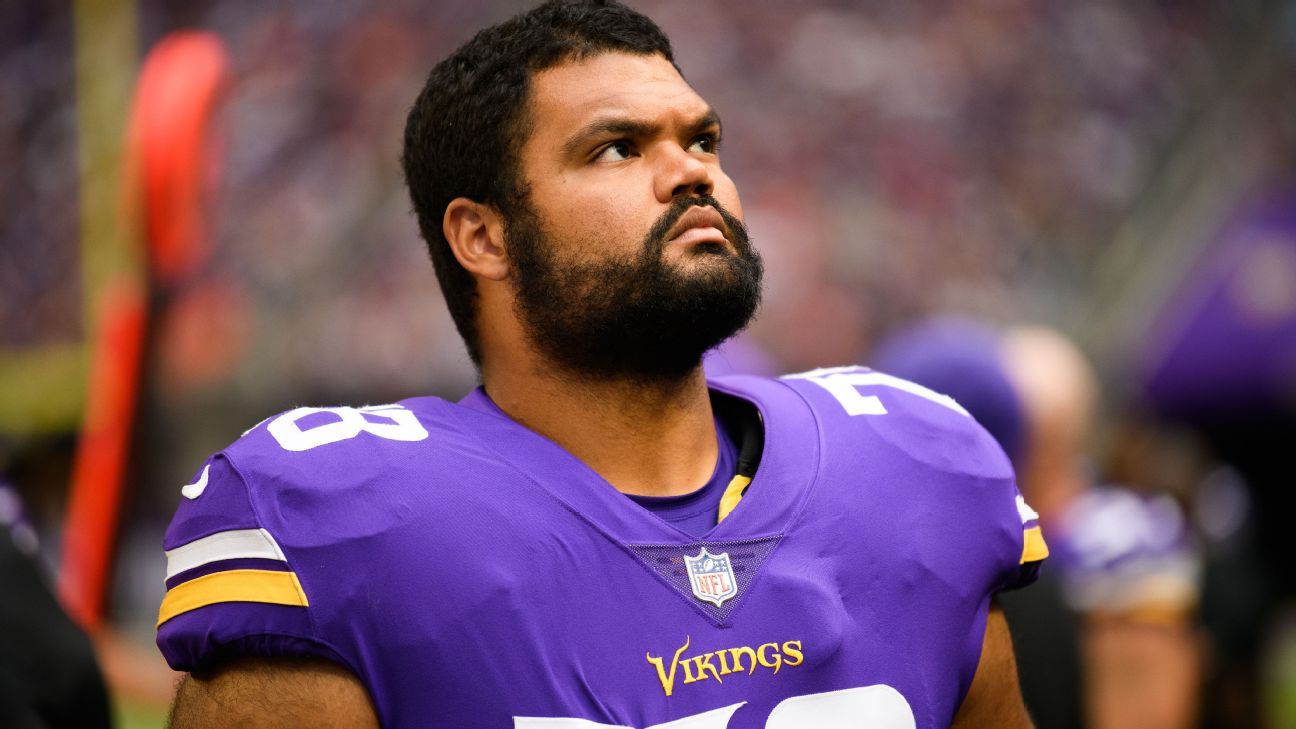 Editor’s note: The list of professional athletes and team personnel entering COVID-19 protocols has increased in recent weeks, causing games to be rescheduled across multiple sports. Some unvaccinated NFL players have had to miss a game while being quarantined for 10 days, while others who have been vaccinated have had to produce two negative tests within 24 hours of each other to be eligible to play. But to one Minnesota Vikings player, the virus was far more than an inconvenience. Dakota Dozier‘s symptoms became so severe he had to be hospitalized for three days with what was diagnosed as COVID pneumonia. Nearly two months later, Dozier, 30, a fully vaccinated 6-foot-4, 305-pound guard, may be in line for his first start of the season when the Vikings play the Green Bay Packers on Sunday (8:20 ET, NBC) at Lambeau Field, because the player above him on the depth chart, Oli Udoh, was put on the reserve/COVID-19 list. Dozier talked to ESPN Vikings reporter Courtney Cronin about his experience with COVID-19 and how it impacted his outlook on the virus.

Some quotes were edited for clarity and brevity.

On Nov. 5, which was the Friday before the Ravens game, I tested positive. I went back home and tried to figure out what our game plan was with our family. But at that point, obviously I had been around them, and my wife, Haley, is like “if you have it, I probably already do, too.” Me, her, our 3-year-old, and our 4-month-old, we all had it, and honestly, through the weekend I didn’t really feel that terrible. Little bit of cold symptoms, a headache, not bad, but I get to Monday and start feeling more achy, getting a little more difficult to breathe. 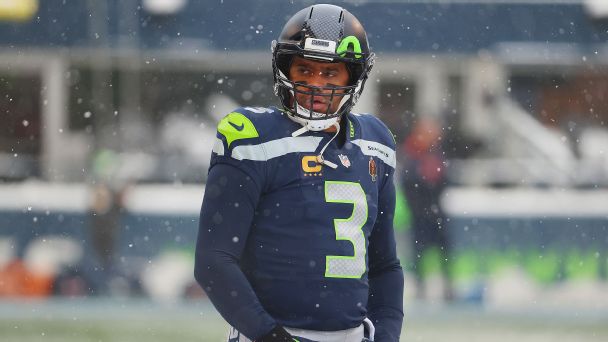 I was kind of fighting it off. I reached out to Vikings head athletic trainer Eric Sugarman and to team physician Dr. Sheldon Burns, and they were helping me out. I had some prescriptions for things, but getting into Tuesday, I was super-achy, sweating. I picked over my food at dinner, I wasn’t super-hungry. And I looked over at Haley around 7:30 and said, “I’ve got to go to bed. I’ve got to lay down. I can’t do it.” I was in bed before 8, and my symptoms kept ramping up and weren’t getting better.

We have a little pulse oximeter because our daughter was born premature, and we like to check on her breathing and oxygen levels. We learned that it’s usually good to be above 94. I got down to an 80 … 80 is pretty far from 94. Had some difficulty breathing, was really shaking and just couldn’t fall asleep. I started coughing — probably a good 20 minutes with no more than 30 seconds between coughs. At that point I was like, I think I need to do something about this. I called Sug, I called Dr. Burns, and they said go to the hospital. I was feeling pretty bad. I felt confident that I would be all right, but I knew I couldn’t continue to care for myself. I knew I needed more help.

I think I got to the hospital around 11 p.m. It was a little bit of a whirlwind because our 3-year-old and 4-month-old were asleep; just packed everyone into the car. We really didn’t know what was going on, and they couldn’t come see me because they had COVID and the hospital wouldn’t let anyone in. She sat in the car with them until probably about 3 or 4 in the morning, just trying to figure out what all was going to happen.

Doctors checked me out and did a whole bunch of tests, CT scans, everything. They checked my lungs and said I had COVID pneumonia, and that’s why I was having so much difficulty breathing. They got me on remdesivir, which I think is the main drug they use to open your airway and help with COVID.

Once we figured out I was going to have to stay there, my family went home, and one of our good friends from back home had just had COVID in August and she said she was comfortable coming out to help us. It was a huge blessing just to be able to have her come help Haley, because she was worried about me being in the hospital, and she had to take care of the kids, and they obviously all had COVID. She said she sort of felt like she had the flu. Our son had a fever for two days and then nothing else, and then our daughter was a little congested but she barely had a fever. Even in our own house, everyone’s symptoms were all over the place.

I wasn’t worried that I’d have to go on a ventilator. Just knowing from when my daughter was born premature, I knew about oxygen issues and things like that. I knew I was never going to go that route. Once I got to the hospital, they were concerned that I hadn’t hit the peak of how bad I was going to be, but I had. From there, once they got me stable, they gave me an IV, fluids, everything. I was immediately getting better, not getting worse in that first 12 hours. I felt pretty good once I got to the hospital that I was on the back half as opposed to getting worse.

By Thursday, I was feeling much, much better, and then on Friday they released me.

I lost about 10 pounds throughout the process. Even just the walk from my room to the car was maybe a 3-minute walk, and I was gassed. I was really out of breath. Like wow, this is crazy. It took a little bit of time to get that back. Once I had done my 10 days’ quarantine and was allowed to come back in the facility, I came back in and did my first workout and was just really, really smoked.

My lungs, the pneumonia aspect of it, I think it really took a toll on me. As an athlete, you’re always training, you’re always on the go, year-round you’re always doing something. But to be sedentary for that amount of time is something my body just really isn’t used to. On top of being ill, it really took my conditioning away from me. It was kind of eye-opening in that regard, like man, if I don’t stay in my routine, this is what could happen.

“Guys asked me what I went through, and I told them. If that changed their mind, cool. If it didn’t, that’s their right as well.”

It’s definitely brought into perspective how serious this virus is. That’s what I’ve talked with a lot of people about. Some people have literally no symptoms. For some people it’s a cold. Some people are closer to my end, and other people are being put on ventilators. To watch it have the impact that it’s had, I’m thankful that we’ve taken precautions, and I’m really glad there’s a vaccine, and it’s totally up to people if they want to get it. It’s your option. Thankful that everything went well. All my family was good. Obviously, I was hospitalized for three days, but everybody else turned out really good.

I got vaccinated through the team. It was kind of funny. All the guys were in here asking each other if we were going to get the vaccine, and they offered it here. There were like two or three guys that were going to get it, and then all of us offensive linemen decided to get it, too. It was good to see that whether it was because they didn’t want to wait 30 minutes to enter the building after testing, or wear a mask, I’m glad we all got it. On top of that, I am in good fitness but I was also vaccinated. That’s supposed to help as well.

When I came back, people asked me how I felt, what was going on. I’m not going to say that what I’ve said to anyone has changed their mind, but I just give my perspective, and what’s happened in my situation. If you want to get vaccinated, fantastic. I think there are advantages to it, but if you don’t get vaccinated, that’s fine, too. It’s your decision at the end of the day. Guys asked me what I went through, and I told them. If that changed their mind, cool. If it didn’t, that’s their right as well.

Obviously, this virus is here and going to be with us a while. We just have to be mindful of what we do but at the same time, not be reclusive. Just live life the best we can.

CEO Phillips resigns after WRU allegations
How LeBron James’ worst game motivated him to become the greatest
Trade grades: Horvat fills a need for the Islanders — but at a high cost
Fitzpatrick enters busy stretch with neck injury
ACC football schedule release: Every game for every team in 2023