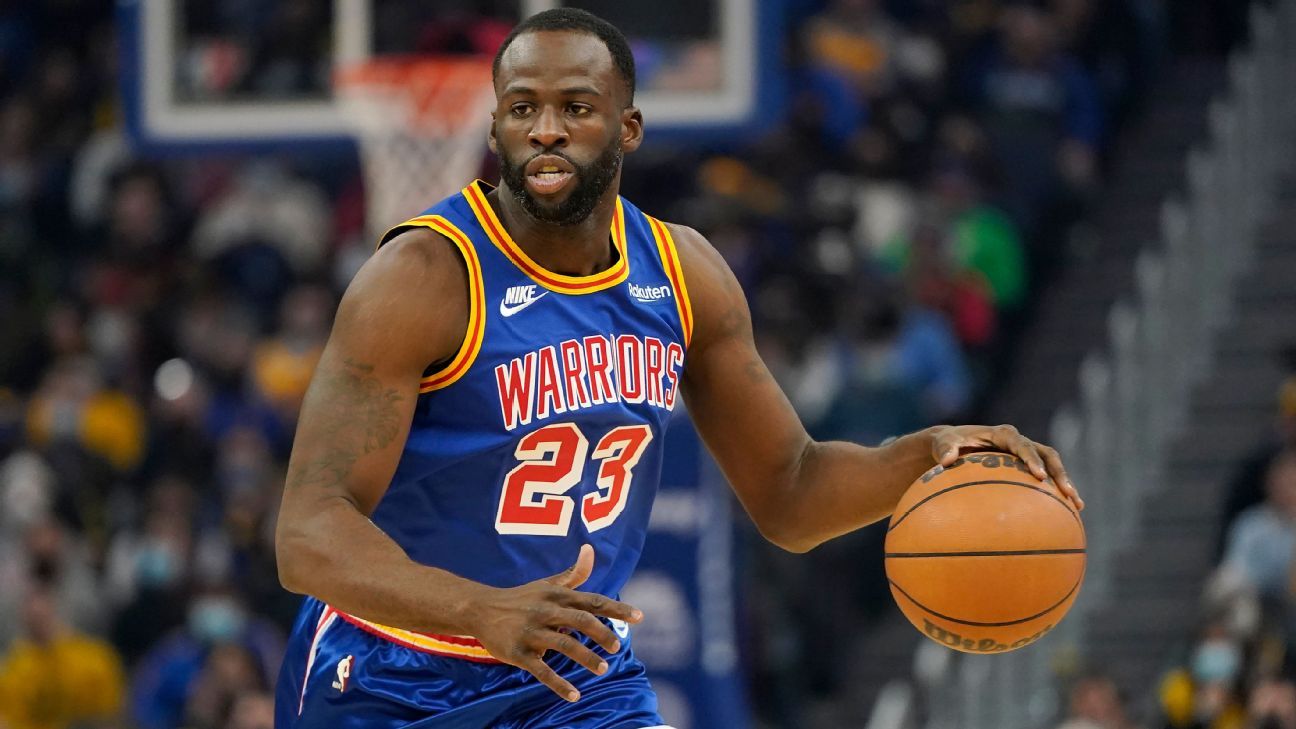 SAN FRANCISCO — Golden State Warriors forward Draymond Green will not play Tuesday against the Denver Nuggets and is expected to miss several games after entering health and safety protocols. The Warriors made that official Monday in an injury report that includes three other players who remain in the protocols. Green’s absence will be felt larger than any to date for the organization given the way he’s started the year.

“He’s one of the best players in the league,” Warriors coach Steve Kerr said after Monday’s practice. “So he impacts everything we do at both ends of the floor, so it’s a huge loss but we got a really deep team. We got a lot of guys who have taken advantage of opportunities this year and that’s what I expect to happen over the next few games, however long Draymond is out.”

Kerr said that Green is “in good spirits” as he deals with the protocols for the second time in just over a year. Green, 31, missed the beginning of training camp last season after being on the health and safety protocols list.

“He’s doing fine,” Kerr said. “He’s had very mild symptoms and he’s in good spirits. He’s disappointed, obviously, the way things are going, the way he’s playing, but big picture, this is a bump in the road. And the whole league is going through it. The good news is Draymond, and really everybody who’s gone through this in our organization seems to be going pretty well, and pretty mild symptoms and all that. That’s the good news. We just have to get through it.”

The good news for the Warriors is that as ESPN’s Adrian Wojnarowski reported Monday, the league has altered some of the protocols so that vaccinated players who are asymptomatic can now clear quarantine after six days now instead of 10, if COVID-19 testing data shows they’re no longer at risk to be infectious. That’s especially important given that the Warriors just beat a Phoenix Suns team on Saturday who had several players and coaches enter into the protocols on Monday. Kerr noted that while there wasn’t fear specifically tied to the Suns’ situation, there was a sense of fear given how many COVID spikes are happening all across the country.

“I think there’s fear all over the country for everybody,” Kerr said. “Whether you’re in the NBA or not it’s just rampant. This is just part of the life we’re all leading these days. So we just deal with it. The good thing is we’ve learned a lot over the last couple years and the league seems to be functioning. Everybody’s doing their part and trying to stay safe and it feels like we’ll be able to withstand all this and we’ll see how it goes over the next few weeks but from what I’ve read this surge has a chance to drop pretty quickly and we hope that’s the case.”

With Green out, the arrival of Andrew Wiggins out of health and safety protocols became even more important. Wiggins initially went into the protocols following a Dec. 17 win over the Boston Celtics, but returned to practice Monday night and is optimistic about playing Tuesday. This is the second time he’s dealt with COVID over the last year, but he said this particular case only resulted in mild symptoms and that neither episode “was severe.”

“It was bound to happen,” Wiggins said. “People are going to get COVID, it’s going to be around. Everyone’s going to get it eventually. Hopefully everyone’s prepared and takes the right steps towards it.”

Warriors guard Jordan Poole hasn’t played since entering protocols following a Dec. 14 win over the New York Knicks. Kerr said Poole has been quarantined in Boston for the last 10 days and is expected back in the Warriors facility on Tuesday and it’s unclear exactly when he’ll return over the next few games.

“He’s not home yet, so we’ll see him hopefully [Tuesday],” Kerr said. “I would not expect him to play [Tuesday]. It’s all going to be determined over the next few days to a week as he gets back with the team finally and is able to workout and our training staff can make that assessment.”

“No more coaches are in protocol,” Kerr said. “Everybody who coached in Phoenix will be available. I can’t even believe we’re having this conversation. All my coaches are available. Never said that before.”