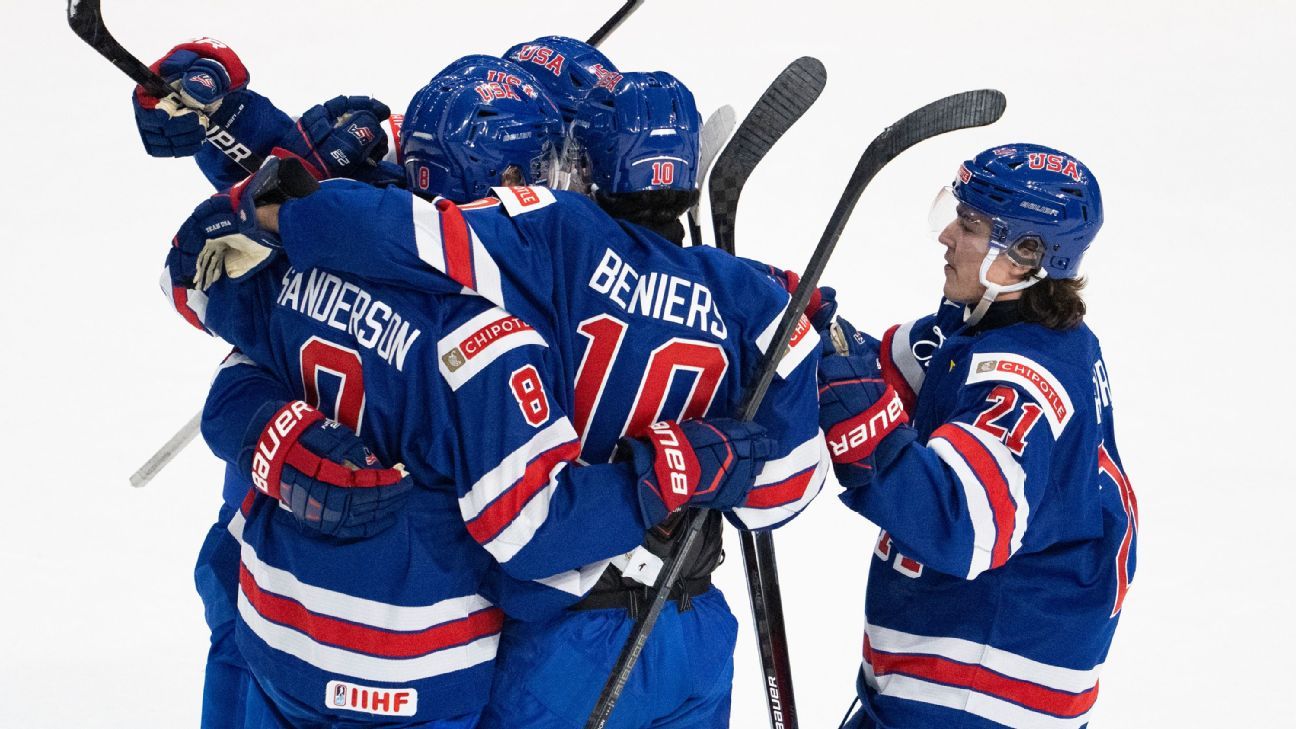 Up 3-0 after two periods, the Americans held on after Martin Chromiak scored twice for Slovakia in the final period — the last with 2:33 remaining.

Minnesota forward Matthew Knies opened the scoring on a two-man advantage with 6:25 left in the first period, and Michigan’s Mackie Samoskevich connected 1:43 later with a one-man advantage. Notre Dame’s Landon Slaggert scored in the second.

The Americans will continue Group B play Tuesday against Switzerland.

Simon Latkoczy made 39 saves for Slovakia.

“Our guys stuck together and grinded out a tough game,” U.S. coach Nate Leaman of Providence said. “It’s a good first step for our group. We need to keep working hard and improving before we play Switzerland on Tuesday.”

In Edmonton in Group A, No. 1 overall draft pick Owen Power had a hat trick to help Canada beat the Czech Republic 6-3. In the afternoon, Russia beat Sweden 6-3 in Group B in Red Deer, and Finland topped Germany 3-1 in Group A in Edmonton.

Power scored in the first period to pull Canada to 3-2, then struck twice in a 1:25 span on a two-man power play midway through the second period to make it 5-3.

“I think pucks kind of just found me,” Power said. “Guys did a good job of getting me good pucks in good spots to shoot.”

Power was taken by the Buffalo Sabres with the top pick in the July draft. The 6-foot-6 Michigan star is the first Canadian defenseman to score three goals in a game in the event.

“There’s been a ton of really good players come and play in these tournaments, so I had no idea that no one had got a hat trick, so definitely just surprised.” Power said. “Doing it at this stage and wearing a Canadian jersey is definitely pretty special.”

After Russia’s Matvei Michkov scored twice in a 41-second span early in the third to cut it to 4-3, Niederbach beat goalie Jaroslav Askarov to restore a two-goal margin.

The IIHF Council said Sunday that the same 10 teams in the top division will return for the 2023 event in Novosibirsk and Omsk, Russia. Belarus was promoted from Division IA this month, bringing the field to 11.