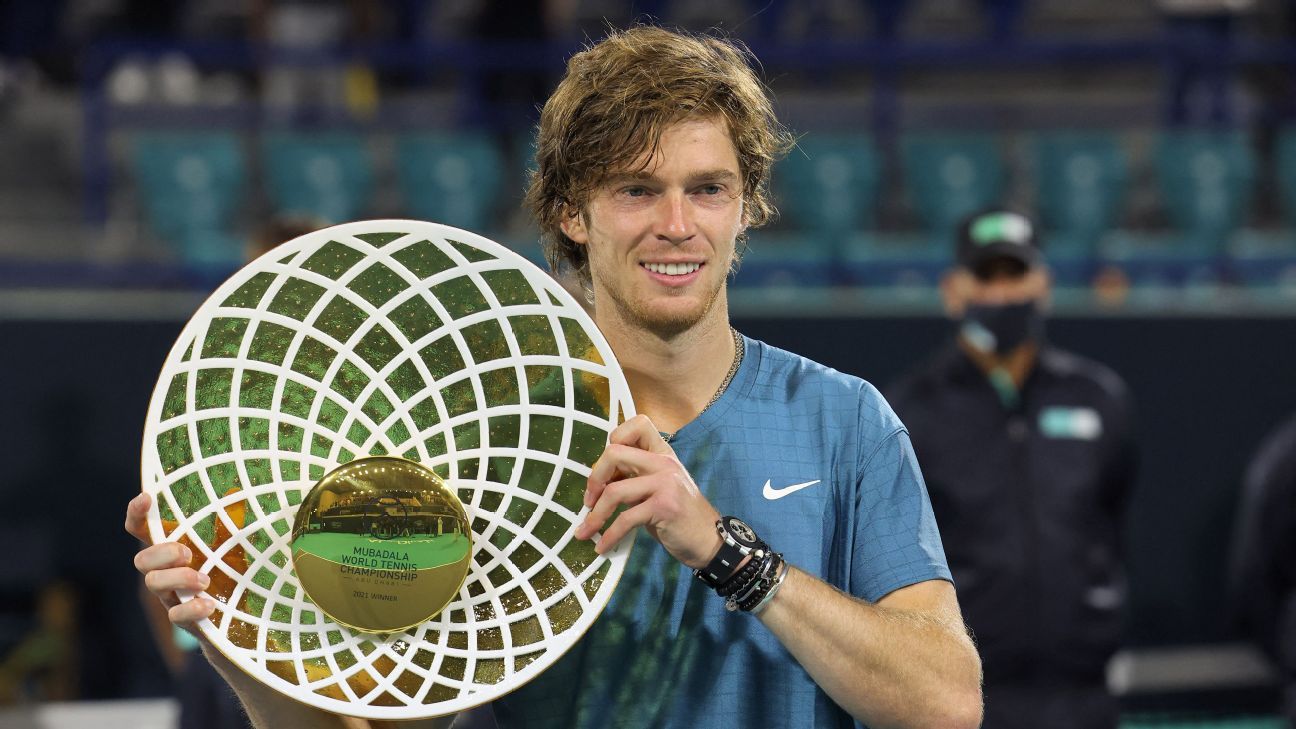 World No. 5 Andrey Rublev is the fifth player to test positive for COVID-19 after playing at an exhibition event in Abu Dhabi this month.

The 24-year-old Rublev, who beat Andy Murray in the World Tennis Championship final on Dec. 18, confirmed on Twitter he was isolating with minimal symptoms.

“I am currently in Barcelona and unfortunately tested positive for COVID-19,” the Russian said. “I am in isolation and following all the protocols under the supervision of doctors.

“As you know, I am fully vaccinated and was preparing for tournaments — ATP Cup and Australian Open. Now I have to recover and I will go to Melbourne only when it will be safe for everyone.”

The Australian Open will be held at Melbourne Park from Jan. 17.

Rublev was part of the Russian team that won the men’s ATP Cup this year and had been included in the team for the upcoming edition in Sydney, which kicks off on Saturday.