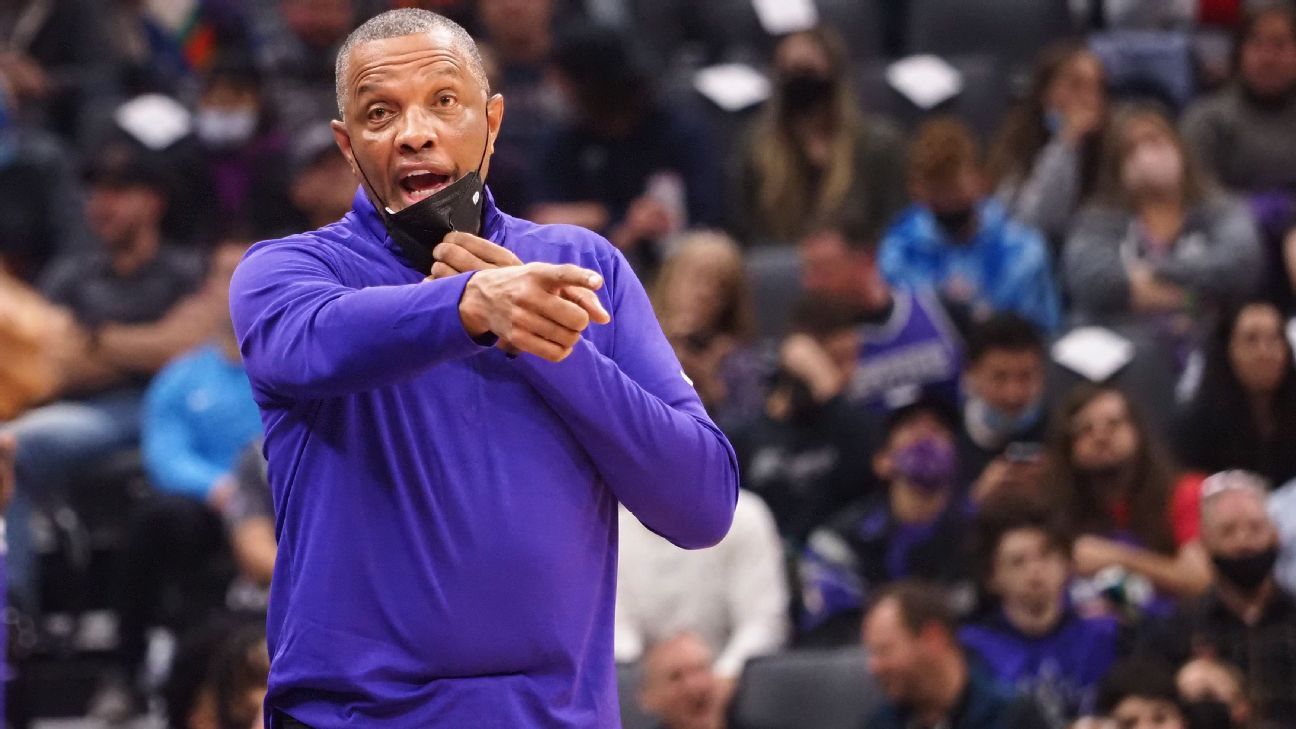 SACRAMENTO, Calif. — Kings interim coach Alvin Gentry lashed out at his team after a 127-102 loss to the Memphis Grizzlies on Sunday night, calling its performance “absolutely ridiculous.”

“It’s the most disappointed I’ve been in 34 years in the NBA, I can honestly say that,” said Gentry, who recently exited the NBA’s health and safety protocols. “That performance was absolutely ridiculous. We didn’t play hard, we didn’t compete. We didn’t guard the ball, we didn’t guard screen and rolls. We didn’t follow the game plan. No competitiveness whatsoever. They basically toyed with us. I’m totally disappointed and everybody in this building should be disappointed.”

De’Aaron Fox scored 12 points in his return for the Kings after missing nearly two weeks while in the NBA’s health and safety protocol. Sacramento led by one point at halftime but after Fox stood and glared following a one-handed dunk early in the third quarter, the Grizzlies went on a 24-5 run in just under four minutes.

Sacramento got within 91-79 early in the fourth, but Memphis went on another big run and pulled away.

Gentry is filling in for Luke Walton, who was fired last month after starting the season 6-11. The Kings have gone 7-10 since and have lost seven of their past nine games as they once again sit outside the Western Conference playoff picture.

“I feel like teams come in here licking their chops for sure,” Kings guard Terence Davis said. “It’s up to us to protect our home court. We have to fix the little things. No excuses whatsoever. Once we get on the same page, all aboard, this team is very talented. It’ll come along.”