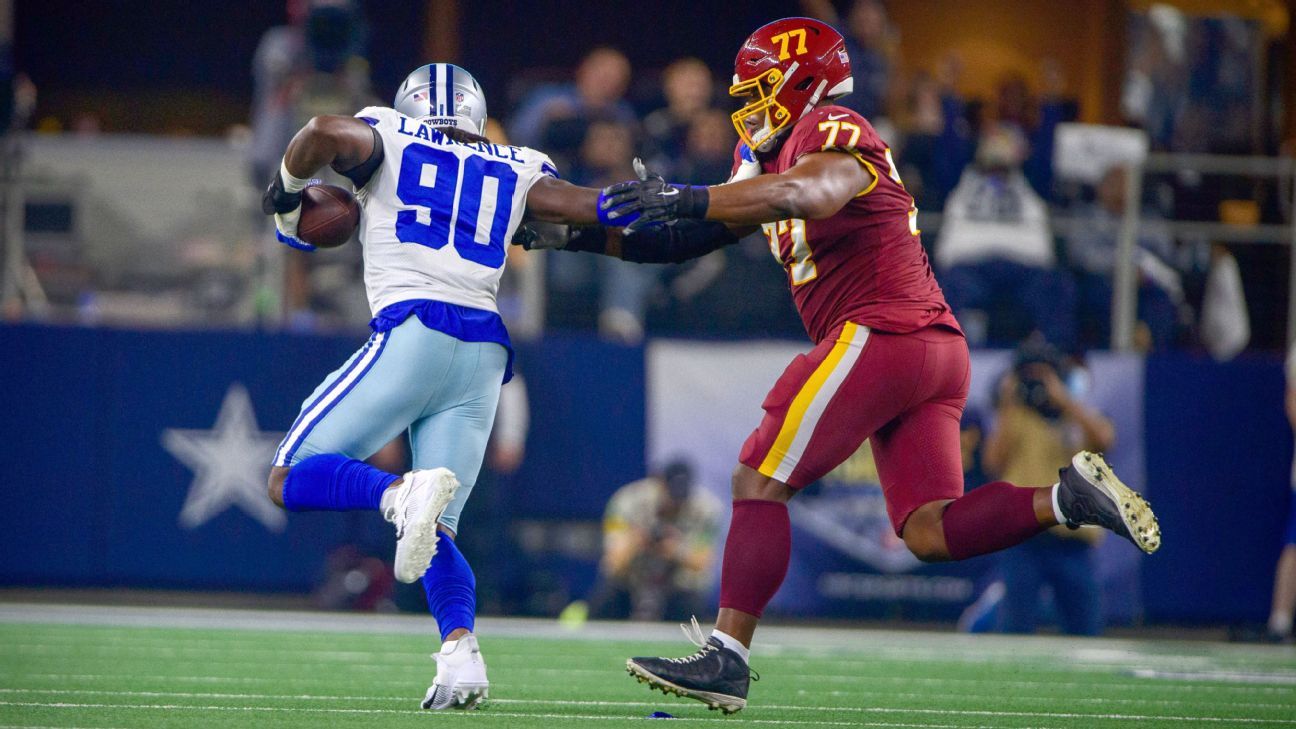 ARLINGTON, Texas — DeMarcus Lawrence is doing his best to make sure the Dallas Cowboys‘ defense wins its wager with the offense when it comes to turnovers and touchdowns the rest of the season.

Lawrence perfectly read the eyes of Washington Football Team quarterback Tyler Heinicke, who was looking for running back Jonathan Williams on an underneath route on third-and-seven, deflected the ball up in the air and came down with the interception Sunday night.

He wasn’t through, stiff-arming Saahdiq Charles and tip-toeing down the sideline for a 40-yard touchdown return to give the Cowboys a 21-0 lead with 2:17 left in the opening quarter.

Lawrence’s touchdown was the sixth by the Cowboys’ defense this season, the most defensive touchdowns in a season in franchise history. Lawrence also became the 17th Cowboy to score a touchdown this season, which is also a team record.

Coming into the game, the defense had a 4-2 advantage in the turnover vs. touchdown debate, which heated up after takeaways from Trevon Diggs, who tied the franchise record with his 11th interception of the season on Washington’s first play, and Lawrence.

However, the offense caught fire with Dak Prescott throwing four first-half touchdown passes and Ezekiel Elliott rushing for one giving the offense the lead — pending an update on the rules regarding whether Lawrence’s TD gives the defense double credit.

.@TankLawrence is down the field & to the end zone!