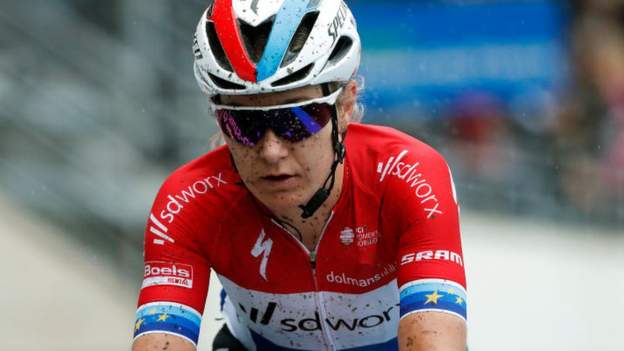 Dutch cyclist Amy Pieters will remain in an induced coma for at least three more days following a fall during training, her SD Worx team has said.

The incident happened in Alicante during a Dutch training camp.

The 30-year-old was taken to hospital by air ambulance and had surgery to relieve pressure on her brain.

“The doctors emphasise that extra rest at this stage gives a better chance of recovery,” said an SD Worx statement.

Pieters recently became the Madison world champion, alongside Kirsten Wild, for the third consecutive year and won stage two of the Women’s Tour in 2021. She also won the Dutch national road race and Nokere Koerse earlier this year.

The decision to keep her in an induced coma was taken by “Spanish doctors in the hospital in Alicante” and made in “consultation with several Dutch doctors”.

SD Worx added: “The doctors will not be able to assess any damage until they have woken Pieters up.

“At the moment no further announcements can be made about the accident and we ask everyone to respect the privacy of those involved.

“Everyone at Team SD Worx is extremely upset and our thoughts are with Amy and her family.”