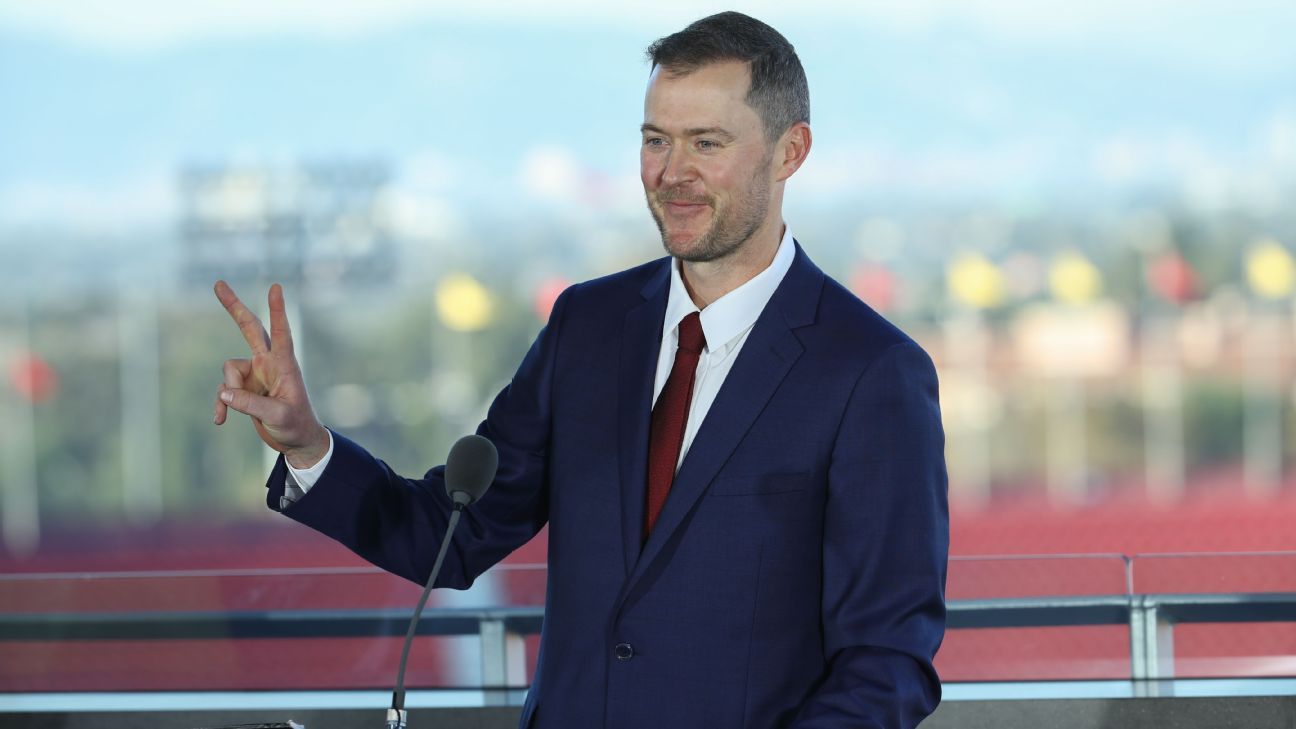 Lincoln Riley landed a commitment from ESPN Junior 300 wide receiver Zachariah Branch on Friday, giving USC its third commitment in the 2023 class ranked inside the top 25.

Zachariah is a 5-foot-9, 170-pound prospect from Bishop Gorman High School in Las Vegas. He chose USC over Alabama, Ohio State and Oklahoma.

Since taking over as head coach at USC, Riley has been able to get commitments from ESPN Jr. 300 quarterback Malachi Nelson, the No. 3 prospect overall, and wide receiver Makai Lemon, the No. 21 recruit in the 2023 class.

Riley has also been able to secure commitments from Zion, ESPN 300 running back Raleek Brown and five-star cornerback Domani Jackson, who had been committed to USC, but decommitted before Riley was hired. Jackson visited Alabama and Michigan, but then took a trip to USC and recommitted.

With Branch now on board in the 2023 class, USC has four total commitments, including athlete Johnny Thompson.