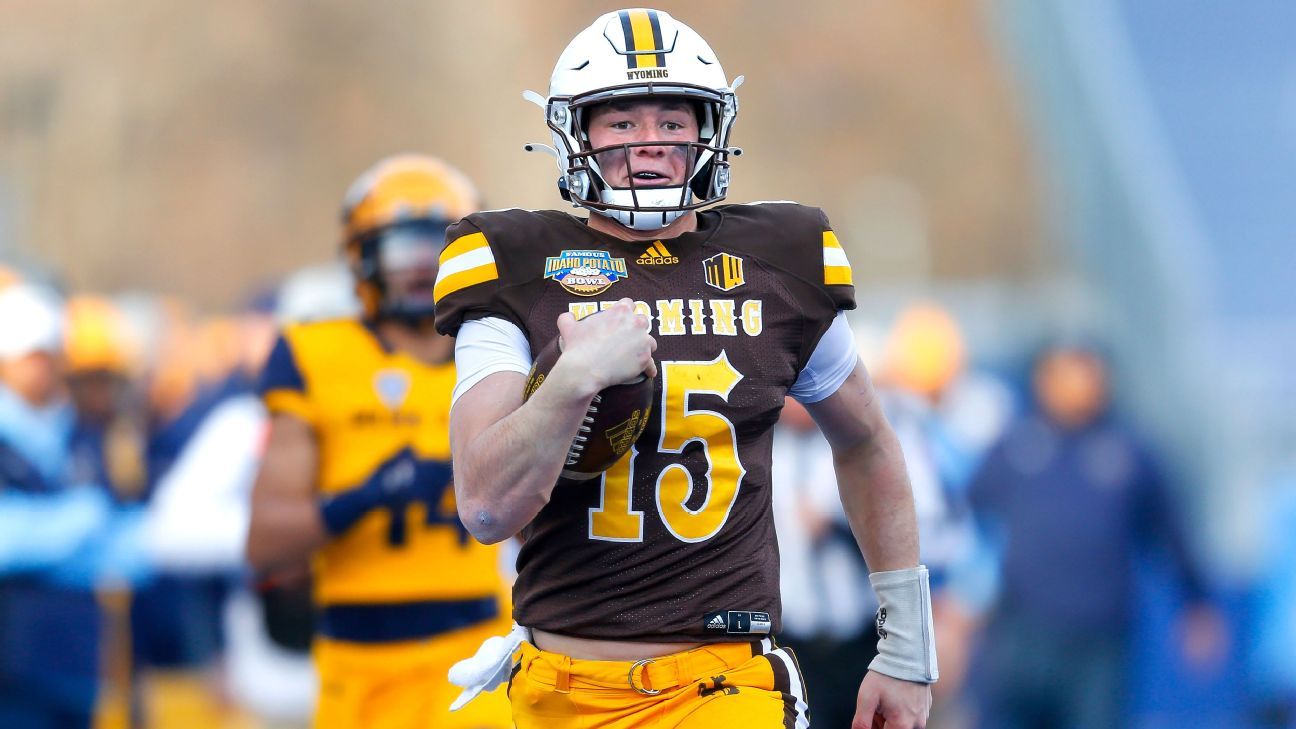 On Friday, less than 72 hours after ending their season with a win over Kent State in the Famous Idaho Potato Bowl and then losing their starting quarterback to the transfer portal, Bohl took the unusual step of making a statement selling his team as a landing spot for a transfer quarterback.

In a message posted to Twitter, Bohl cited the one-time transfer rule and the ability for players to profit from their name, image and likeness. He said his staff have “anticipated this movement and have a clear vision to navigate these uncharted waters.”

“Cowboy Football will address the need to sign a quarterback via the transfer portal or junior college,” Bohl said. “We believe this is a great opportunity for a transfer quarterback to make an impact on our program. We’ve seen that before when we brought Josh Allen into our program, and we’re excited for the next chapter of Cowboy Football.”

Allen started out at Reedley College – a junior college – before transferring to Wyoming prior to the 2015 season.

Three years later, he was the No. 7 overall pick of the Buffalo Bills in the NFL draft.

On Wednesday, after earning MVP in the Idaho Potato Bowl with five total touchdowns (one passing, four rushing), Levi Williams announced that he was entering the portal with three years of eligibility remaining.

In nine appearances this season, the 6-foot-5 Williams threw for 990 yards, nine touchdowns and five interceptions. He also ran for 482 yards and five scores.

He’s one of many notable quarterbacks to enter the portal this offseason.

Missouri quarterback Connor Bazelak, a former co-SEC Freshman of the Year in 2019, announced on Thursday that he was seeking to transfer.

Bo Nix, who won SEC Freshman of the Year in 2018 and was the starter for three seasons at Auburn, announced on Sunday that he was transferring to Oregon.