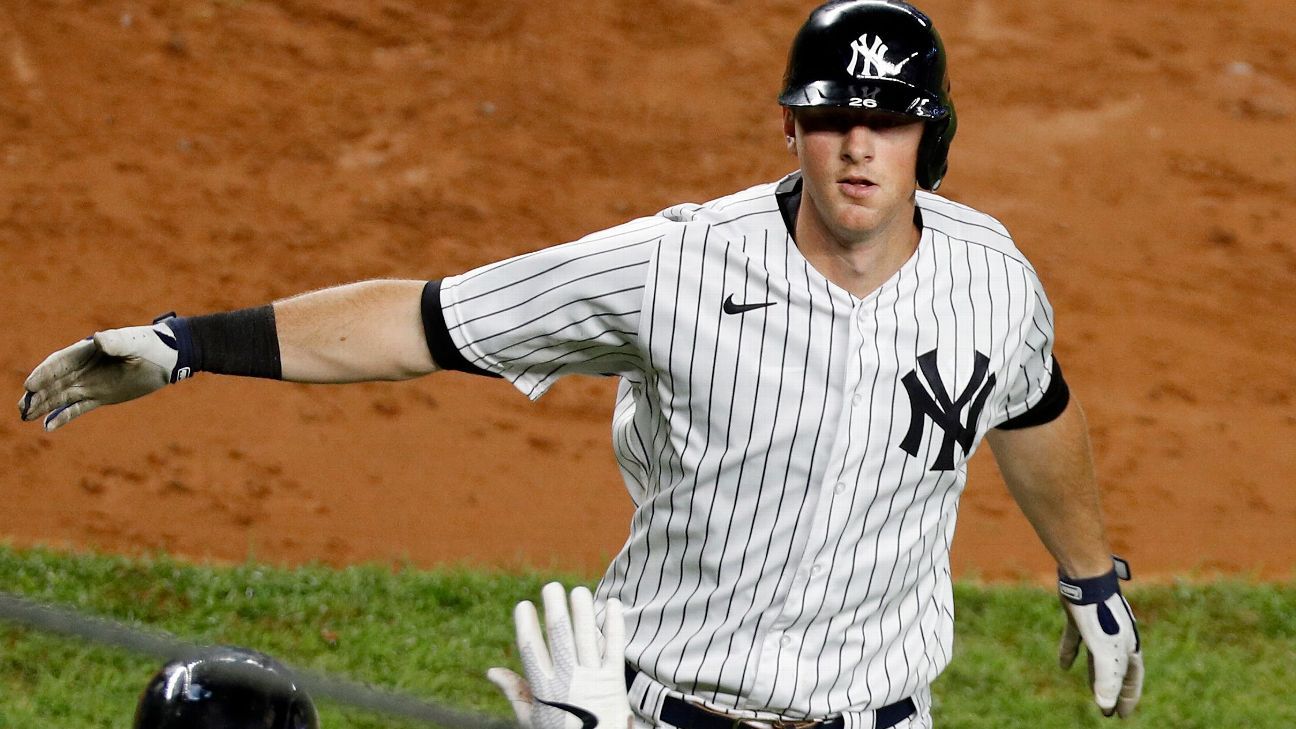 Hicks, rehabbing from a May 26 operation to repair a torn tendon sheath in his left wrist, hit .265 (13-for-49) in 12 games with Leones del Escogido of the Dominican Winter League in late November and early December. He had one homer, nine RBIs, four walks, 10 strikeouts and two steals.

“I don’t have any contact with them, so I don’t know,” manager Aaron Boone said Wednesday during a conference call to discuss his revamped and expanded coaching staff.

MLB told teams not to contact players on 40-man rosters and wiped all images of those players off websites.

Baseball’s lockout started when the collective bargaining agreement expired Dec. 1. Boone doesn’t expect the team will evaluate the players until the work stoppage ends. It’s uncertain whether spring training will start as scheduled on Feb. 16.

“We tried to put our guys in the best position as far as our coaches at the time having those conversations and putting plans in place as we headed into Dec. 1,” Boone said. “Hopefully set them up with programs and things that they can follow and be in a good position once this is all settled, but we’ve had no contact. Obviously it’s not ideal that we can’t have that contact and know how everyone’s doing, but we should get a decent idea in those early days of what we’re dealing with.”

Lawson spent the past three season as the Yankees’ minor league hitting coordinator.

“He’s had a really, really strong impact on our minor leagues,” Boone said. “One of the things that kind of sucks about the lockout, obviously, is him not being able to continue to build those relationships. But before the lockout started, we had him on board and he was already starting to develop those relationships with guys and was able to have some meaningful sessions and conversations.”

Chavez, a six-time Gold Glove third baseman who last played in 2014, is projected to have a role beyond his title.

Why coaching is a family affair for the Belichicks, from Bill to Amanda to Steve to Brian
Lewis Hamilton: Mercedes failure to win not ‘end of the world’
UFC’s Holm eyes ’23 return, wants Tate rematch
Zion dominates Pelicans scrimmage, says coach
Hull with 8 birdies posts 64 to take lead in Texas