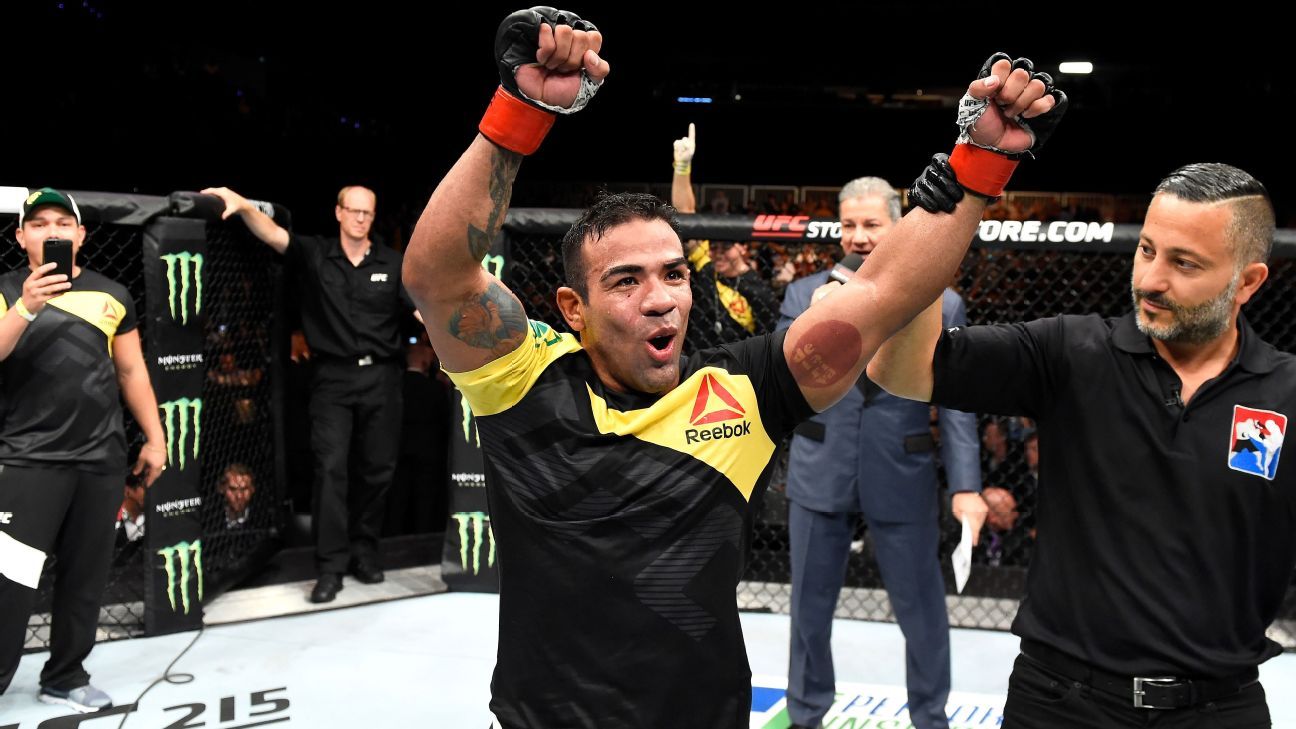 According to a USADA press release, Prazeres tested positive for multiple prohibited substances: anti-estrogen agent clomiphene, metabolites of the steroid oxandrolone and the exogenous administration of testosterone “and/or its precursors.” The banned drugs ended up in the results of urine samples administered Aug. 27, Sept. 16, Oct. 15 and Nov 2. USADA stated that it used carbon-isotope ratio (CIR) testing to determine that Prazeres was using external testosterone or its precursors.

“Anabolic agents have powerful performance-enhancing capabilities and can give an athlete an unfair advantage over fellow competitors,” the press release stated.

Prazeres, 40, is ineligible to return to the UFC until Aug. 28, 2025. Earlier this month, Prazeres told MMA Fighting that he was no longer on the UFC roster and he had asked the promotion to release him. The Brazil native could fight outside of the UFC despite his suspension if the regulatory body with jurisdiction over the event approves him.

Prazeres tested positive for the anabolic steroid boldenone in 2019 and was suspended two years at the time. He returned to the UFC last June, losing to Shavkat Rakhmonov via second-round submission at UFC Fight Night: Gane vs. Volkov.