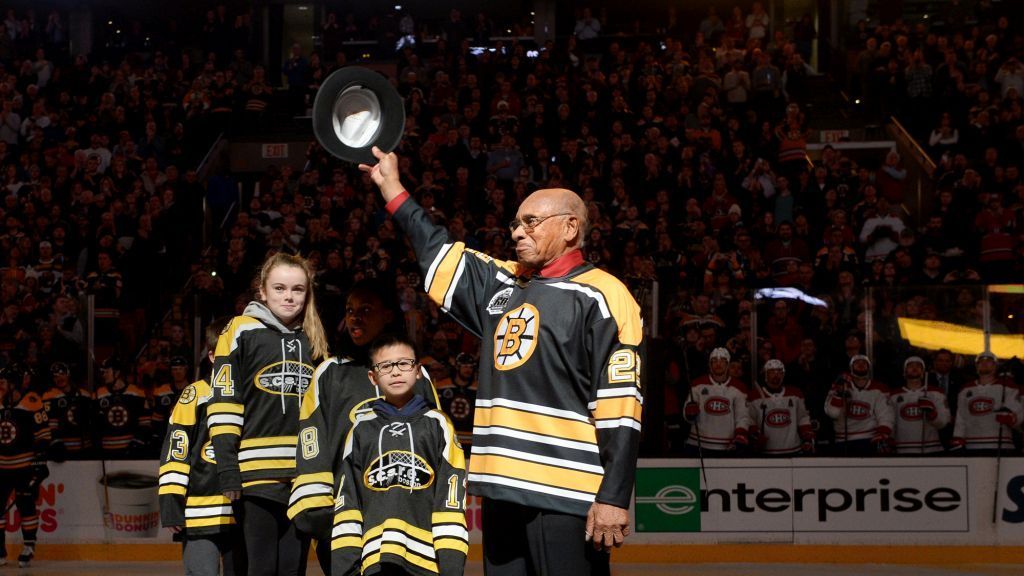 The retirement of Willie O’Ree’s No. 22 by the Boston Bruins will be a landmark moment, happening 64 years to the date that he became the first Black player in the NHL. A summit scheduled around the event is intended to honor the power of that moment while trying to make hockey’s future diverse and inclusive.

The Carnegie Initiative Inaugural Summit is scheduled for Jan. 17-18 at The Hub on Causeway, adjacent to North Station and TD Garden in Boston. The two-day forum on driving change and awareness in hockey will culminate with O’Ree’s number retirement ceremony before the Bruins face the Carolina Hurricanes on Jan. 18.

Topics for the conference will include education, media, Indigenous peoples, para-hockey, the LGBTQ+ community and the future of the sport. Full details on the summit are expected to be announced next week.

“The game is diversifying in a big way. Our goal with this initial conference will be about action as much as words,” said Carnegie Initiative co-founder Bryant McBride, who was the first Black executive at the NHL. “The Indigenous journey, the disabled journey … we’re about ‘Big I’ inclusion. We’re going to talk about how to accelerate acceptance and belonging in the game over the next 10 years.”

O’Ree, 86, will speak at the forum and receive a lifetime achievement award. The summit will be headlined by author and professor Ibram X. Kendi.

Among others scheduled to participate are Pittsburgh Penguins president of hockey operations Brian Burke; Hockey Hall of Fame players Angela Ruggiero and Grant Fuhr; former NHL coach Ted Nolan; Mikki Allen, a driving force behind Tennessee State University creating men’s and women’s hockey programs, becoming the first historically Black institution to do so; 17-year-old Indigenous twins Jordyn and Kyla Bear, who play hockey at Rochester Institute of Technology; Premier Hockey Federation commissioner Tyler Tumminia; and Sheldon Kennedy, a former NHL player who leads Respect Group, which was recently announced as a partner with the NHL regarding prevention and reporting of abuse and harassment.

The summit arrives as diversity and inclusion are a priority for the NHL, as is creating ways for those who want to join the sport to feel more welcomed. Pushing it to the forefront was the release of an investigation into the Chicago Blackhawks and how the team handled a former player’s allegation that he was sexually assaulted by a video coach in 2010.

At the December Board of Governors meeting in Florida, the NHL unveiled its “Respect Hockey” initiative, which includes a mandatory 90-minute digital-training program for all executives, staff and players in the league. The program was created in partnership with Respect Group.

“We are going to talk about issues and opportunities that exist throughout both hockey and society,” said McBride, “but what we will really want to accomplish is to task all those in person and watching around the world via livestream with doing something no matter how small to help us invoke change and growth in a sport we love so much.”

The Carnegie Initiative is a not-for-profit platform founded earlier this year to promote the growth of hockey and ensure opportunity in the sport. It was named in honor of Herb Carnegie, a pioneering Black player in Canada’s semi-professional leagues who later launched the first registered hockey school in Canada in 1955. His daughter, Bernice Carnegie, is co-founder of the Initiative.

Is Scott Rolen really Cooperstown-worthy? Six reasons the third baseman is a Hall of Famer
Overcoming Artur Beterbiev is Anthony Yarde’s toughest challenge yet, but he’s entering the ring without fear
Moreno earns TKO due to Figueiredo eye injury
Rahm struggles with 73, well back at Farmers
Henderson goes wire-to-wire at LPGA opener