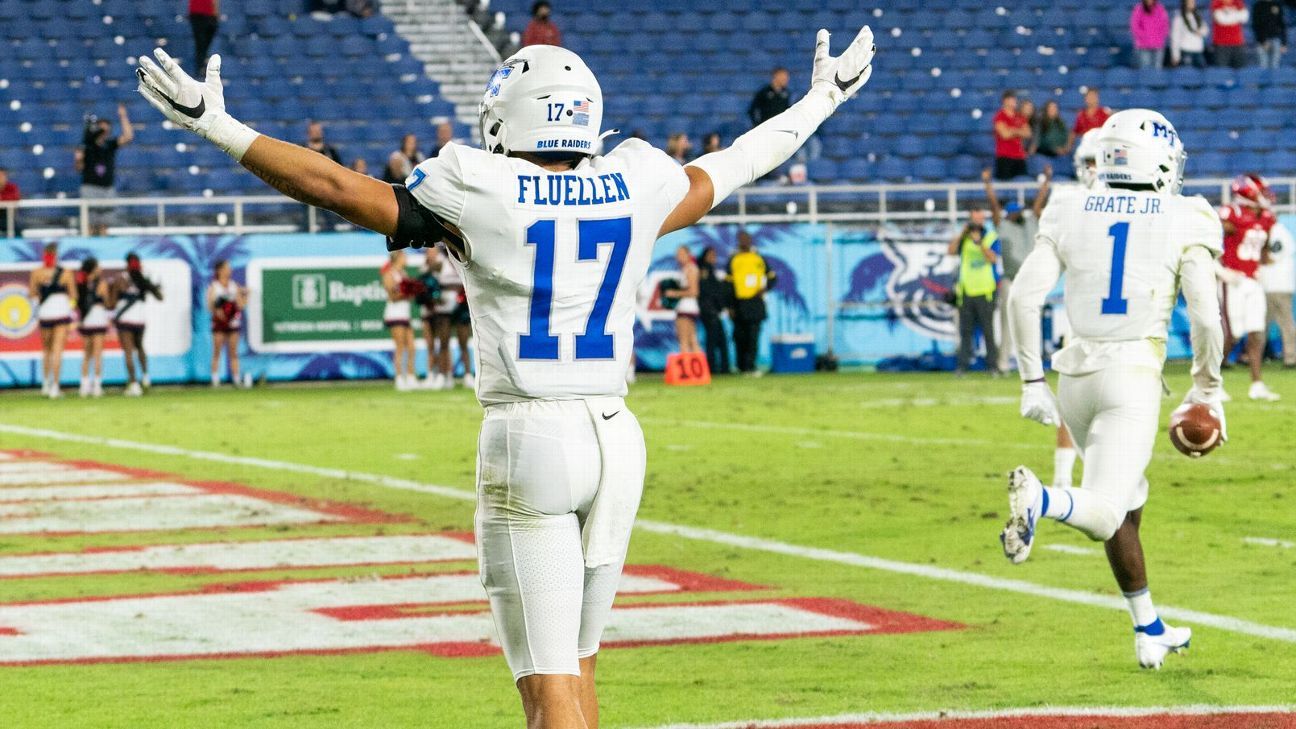 We’ve made it past the college football regular season and are heading full steam ahead into the 2021 bowl season, and there are surely going to be plenty of highlights over the next couple of weeks.

From the MVP of bowl season to the best on-field plays to the hilarious Cheez-It and (hopefully?) mayo showers, we’ve got it all covered.

Player to watch: Middle Tennessee QB Nick Vattiato. Vattiato has been one of many to play quarterback for the Blue Raiders this season, but he has had the reins of late. He has thrown for 754 yards, five touchdowns and six interceptions in five games.

We’ve got plenty of great pregame action with this Bahamas Bowl dance off.

A good dog and a good chant, what more could you want?

The Chanticleers are definitely hyped up for Friday’s game.

No one has more fun than the Chants: @CureBowl Pep Rally Edition pic.twitter.com/IIaEeJ7uY1

And they’re cleaning up nicely.

Are we … finally getting … a mayo shower? *Fingers crossed this happens.*

Alessandro Alunni Bravi: Alfa Romeo appoint Italian as team representative for 2023
Henderson goes wire-to-wire at LPGA opener
What do teams have to give up for Sean Payton? Our reporters spell it out
FIA accused of ‘suppressing drivers’ freedom of speech’
Avs’ Bednar now winningest coach in team history