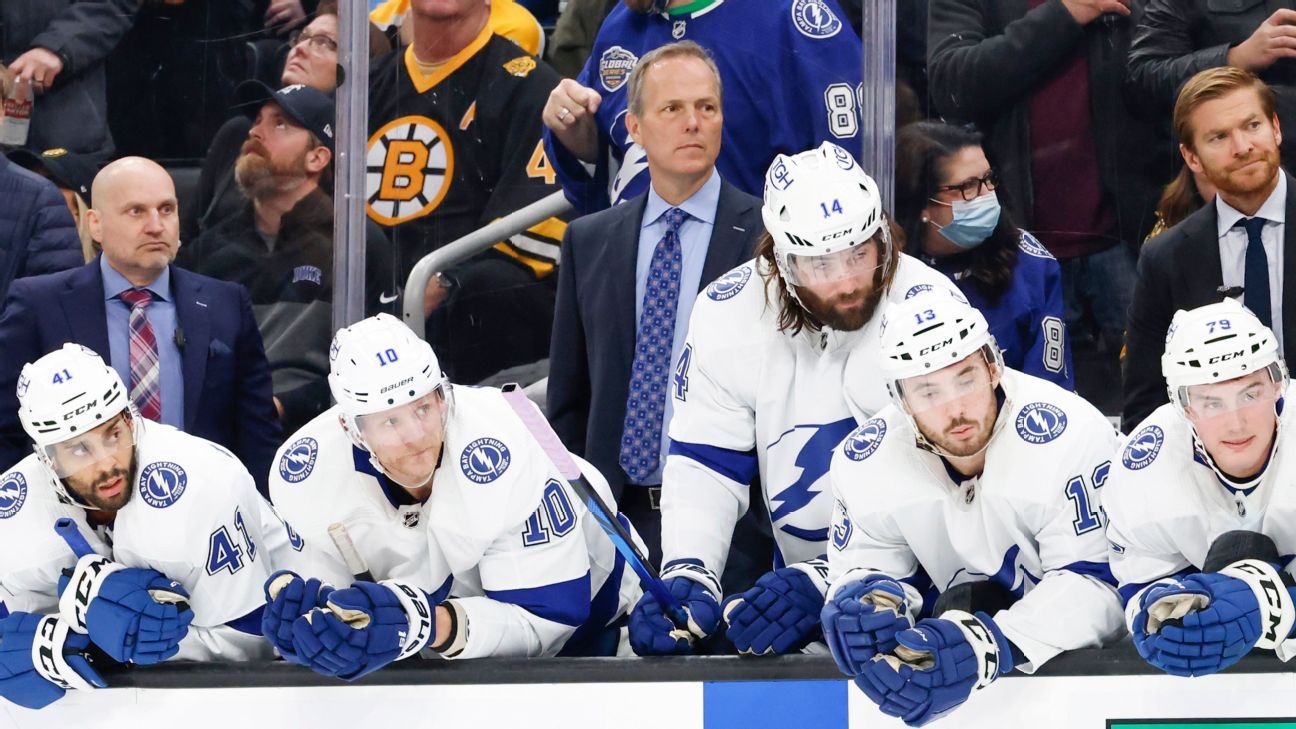 The Tampa Bay Lightning were without coach Jon Cooper on Tuesday night in the only game left in the NHL this week after he was placed in COVID-19 protocol earlier in the day, according to the team.

The league and players’ association agreed to begin the annual holiday break early and push off the games that were scheduled for Thursday.

Of the 50 NHL games postponed this season for coronavirus-related reasons, 45 have occurred over the past two weeks with the delta and omicron variants spreading across North America. More than 15% of the league’s 700-plus players are in virus protocol, a list that continues to grow.

The league will approach the end of the holiday break with caution, allowing only players, coaches and staff who test negative to enter team facilities on Sunday. The season is scheduled to resume Monday.

Why we might have to wait until 2024 to see Artur Beterbiev vs. Dmitry Bivol in a must-see matchup
Maple Leafs’ Murray (ankle) out through bye week
O’s pad rotation, acquire Irvin in trade with A’s
Pereira-Adesanya, Masvidal-Burns set at UFC 287
Flightline run away winner at Eclipse Awards