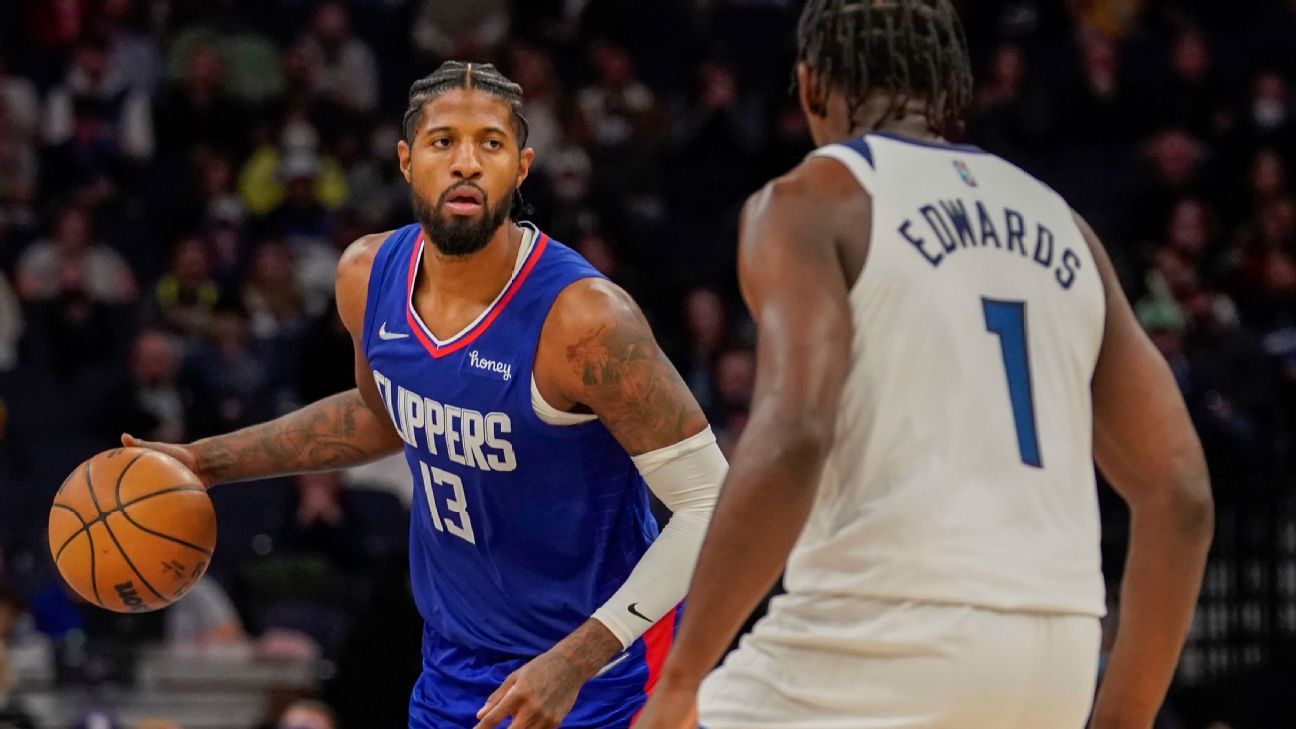 George had not played since Dec. 6 at Portland when he scored 21 points. He missed five games after that with a right elbow sprain. George is averaging 25 points, 7.3 rebounds and 5.4 assists this season.

The Clippers will also have center Serge Ibaka available. Ibaka missed the past two games due to personal reasons and fell out of the rotation prior to that. The veteran has not played since Dec. 6 at Portland. Ibaka could see time against San Antonio with starting power forward Marcus Morris Sr. (health and safety protocols) and backup center Isaiah Hartenstein (left ankle sprain) out against the Spurs.

The Clippers have not been at full strength all season. In addition to George’s absence for five games, Kawhi Leonard (ACL) has yet to play this season. Morris missed 15 straight games earlier this season due to a knee injury, and other Clippers contributors have been in and out due to injuries.

“It’s frustrating,” Clippers coach Ty Lue said. “We can’t get a rhythm of how we want to play when all of our guys are here. But everyone is dealing with the same thing, I am pretty sure … but just having a chance to have our whole team for five, 10 games, just see how it looks going forward. … But it is frustrating.”