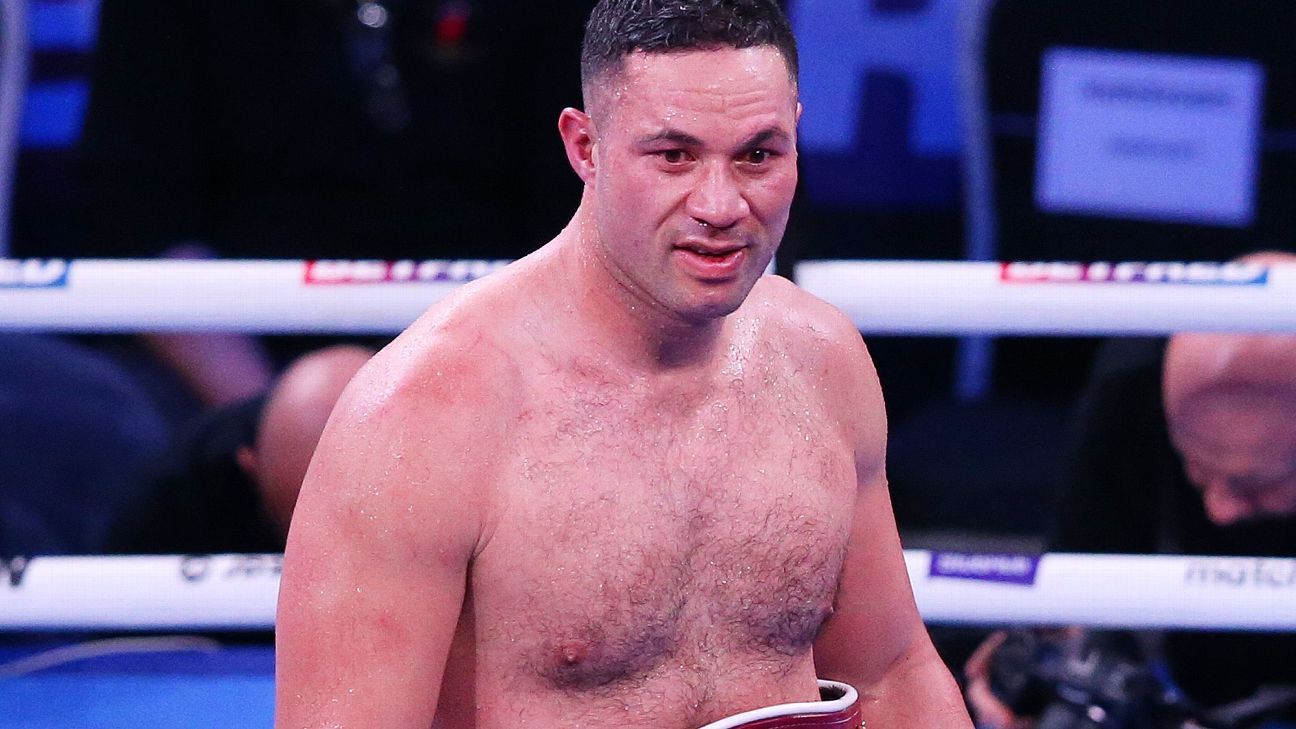 Joseph Parker left no room for argument this time as his reliable right uppercut forced three counts on his way to a unanimous points win over Dereck Chisora Saturday.

The New Zealand boxer wanted to improve upon his previous displays this year — debatable points decision wins over Junior Fa in February and Chisora in May — and he did just that as he dictated most of an exciting fight at the Manchester Arena in England.

Parker forced three counts via right uppercuts in the fourth, seventh and eighth rounds, but on all occasions Chisora showed incredible courage and powers of recovery to come firing back.

It was a much more convincing win for Parker than seven months ago, when he recovered from a first-round knockdown to just about do enough for a split points decision over Chisora, also in England.

“He was one tough guy, he never stopped coming,” Parker told DAZN. “We practiced and practiced the right uppercut in the gym, and what a Christmas present. I felt a lot stronger than the first fight, but there are still a lot of improvements to make. I didn’t sit down on my punches properly, I rushed it. Dereck is a credit to the sport of boxing, he’s very entertaining.”

The win is a boost to Parker’s world title hopes. For Chisora, a 12th career defeat casts him further adrift of the elite, but he remains one of the most exciting boxers in the heavyweight division. Parker is ranked No 2 with the WBO world governing body and No. 4 with the IBF and WBC.

Matchroom promoter Eddie Hearn told DAZN: “Joseph Parker wants another shot. There is a queue for the titles. Maybe a final eliminator with Filip Hrgović for the IBF is an option. His career is alive and kicking as he chases a second world title shot.”

Parker (30-2, 21 KOs), 29, from Auckland, New Zealand, who made two defenses of the WBO world heavyweight title before losing on points to Fury’s English rival Anthony Joshua in March 2018, weighed 10 pounds more than for the first fight with Chisora, and put all of his bulk into a big right hand in the first round.

Chisora took the shot well, but it was an impressive start from Parker, who put together combinations and fought from the centre of the ring.

Chisora (32-12, 23 KOs), 37, who was born in Zimbabwe but has lived in London since childhood, responded with a flurry of punches early in the second round, but Parker hit back with an uppercut later in an explosive round.

Both adopted full-on attack mode in the second round and Parker hurt Chisora with a big right 10 seconds before the bell.

Parker, who has been away from his wife and three daughters at home in New Zealand for over two months while he trained at WBC world heavyweight champion Tyson Fury’s gym in Morecambe, hurt Chisora with a right uppercut in the third round and the Londoner was left dazed as Parker piled on the punches. But Chisora, who went 12 rounds with Vitali Klitschko for the WBC world title in 2012, once again showed how tough he is as he survived the storm and then finished the round on the front foot.

It was the right uppercut that again troubled Chisora in the fourth round, and this time he was given a count as he held on to the ropes. Chisora’s fighting spirit kept him in this absorbing encounter from start to finish, but he was caught again by too many punches in the fifth round.

Chisora had some success in the sixth as he kept it at close range and got inside Parker’s guard during clinches.

Parker again caught Chisora with a right uppercut that left the English boxer on his knees for a second count in the seventh. Just as he did earlier in the fight, Chisora quickly recovered and even finished the round putting Parker under the most pressure he had been under for the entire fight.

Chisora was given a third count in the eighth round after being sent sprawling by another right uppercut, and Parker’s hand speed caused a weary Chisora problems in the late rounds.

Chisora showed incredible heart as he tried to find the knockout punch in the last round as the entertaining fight ended how it started, full of action.

On the undercard, France’s late replacement, Kevin Lele Sadjo (17-0, 15 KOs), captured the vacant European super-middleweight title by stopping England’s Jack Cullen (20-3-1, 9 KOs) with a left to the body in Round 6.