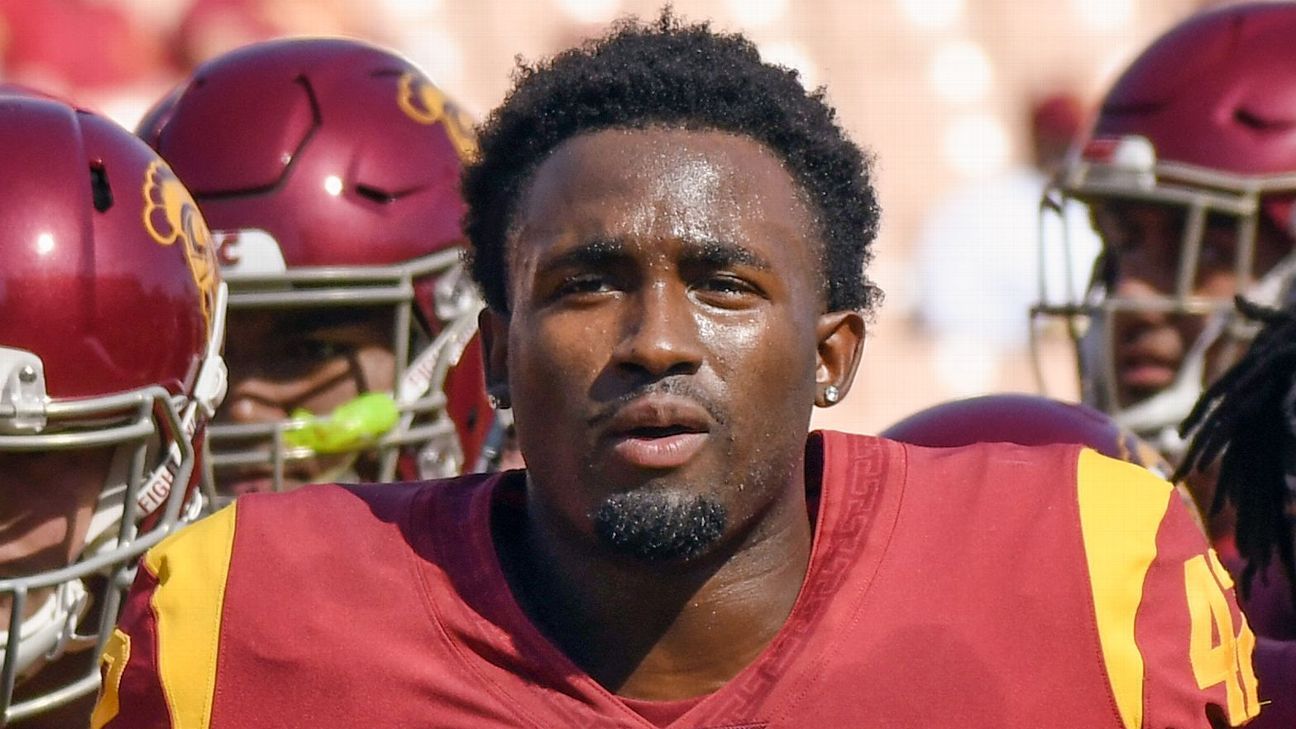 A Jackson State football player was arrested by federal authorities on Monday and is accused of devising a scheme to fraudulently obtain hundreds of thousands of dollars in COVID-related unemployment benefits, according to a release by the U.S. Department of Justice.

Abdul-Malik McClain, 22, allegedly orchestrated the scheme with other players while he was attending USC in 2020. He pleaded not guilty to 10 counts of mail fraud and two counts of aggravated identity theft in U.S. District Court in Los Angeles on Monday. He was released on $20,000 bond and is scheduled to appear in court again on Feb. 15.

McClain, a linebacker from Rancho Santa Margarita, California, transferred to Jackson State last December. His name no longer appears on the Tigers’ roster on the athletics department’s website.

According to the indictment, “McClain organized and assisted a group of other football players in filing fraudulent claims for unemployment benefits, including under the Pandemic Unemployment Assistance (PUA) program established by Congress in response to the pandemic’s economic fallout. The indictment alleges that the claims – which were filed with the California Employment Development Department (EDD), the administrator of the state’s unemployment insurance (UI) benefit program – contained false information about the football players’ supposed prior employment, pandemic-related job loss, and job-seeking efforts in California.”

The indictment stated that McClain caused at least three dozen fraudulent applications for relief to be submitted that sought at least $903,688 in benefits; at least $227,736 was paid out.

In October 2020, ESPN reported that McClain’s brother, Munir McClain, had been suspended by USC in connection with his role in the alleged scheme. The Los Angeles Times reported that Munir acknowledged he applied for financial relief from the Pandemic Unemployment Assistance program but was under the impression he qualified because his source of income — reselling high-end shoes — had dried up during the pandemic, the Times reported.

Munir McClain, a wide receiver, transferred to Utah and played in two games this season.

The Justice Department release said the government authorized Bank of America to issue debit cards to the football players, which they allegedly used to make cash withdrawals to fund personal expenses. The government alleges Abdul-Malik McClain “sought and obtained a cut for helping others file fraudulent UI applications.”

“McClain and his co-schemers also allegedly filed applications in their own names, in the names of other friends and associates, and in the names of identity theft victims,” the Justice Department release said. “According to the indictment, these claims also falsely stated that the claimants were self-employed workers, including athletic trainers and tutors, who had lost work in California as a result of the pandemic.”

The government’s release did not identify the university or any other players that might be under investigation.