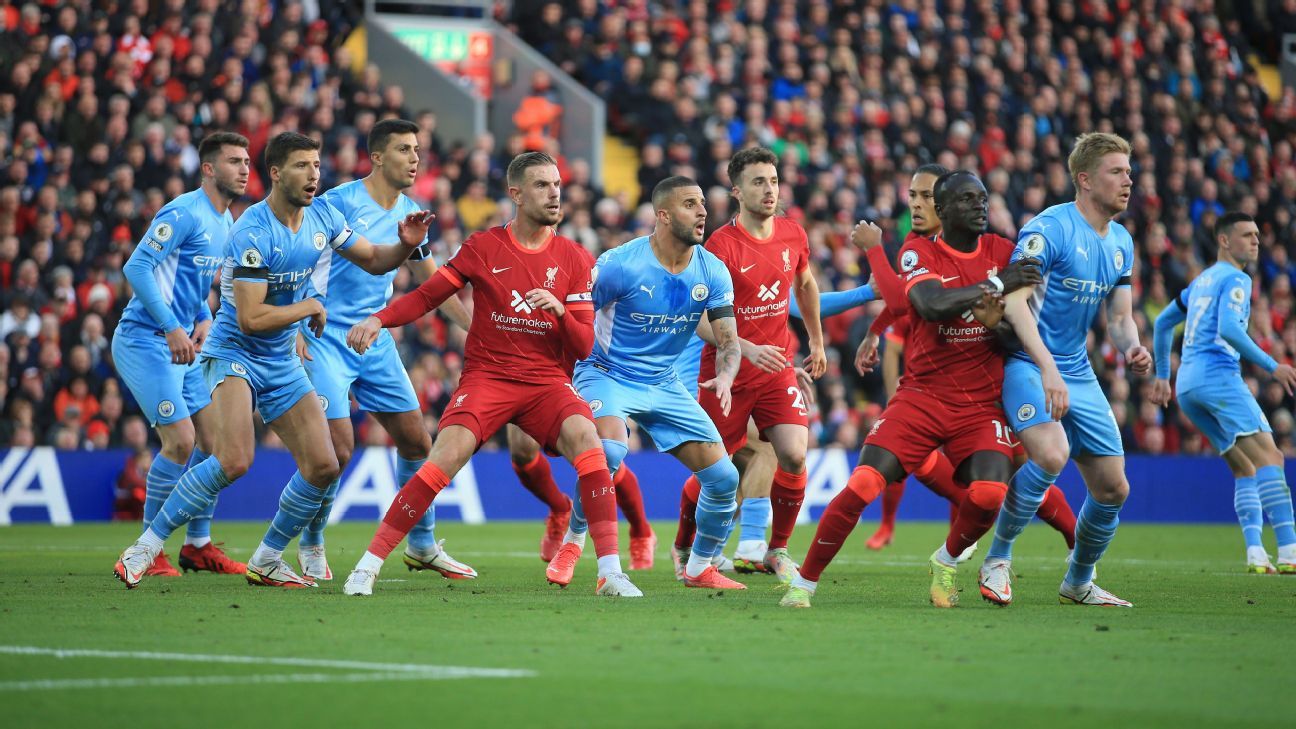 Manchester City took pole position in the Premier League title chase this weekend with another comprehensive victory, this time over struggling Newcastle on Sunday afternoon.

Pep Guardiola’s side scored their 11th unanswered goal in the space of just two matches as they galloped to a 4-0 victory at St James’ Park, just days after their 7-0 evisceration of Leeds United at the Etihad.

City sit three points clear of Liverpool, who could only draw 2-2 with Tottenham, and six clear of Chelsea in third place, meaning that the reigning champions will be perched at the top of the tree come Christmas Day.

Though a mere three-point gap is hardly insurmountable, the omens are not good for the Reds as they seek to make up ground on their rivals in the latter half of the campaign.

Does being top on Christmas matter?

The team top of the table on Dec. 25 has gone on to win the title 53.5% of the time — on 15 of the 28 previous seasons since the Premier League was established in 1992-93. Yet, twice in the past three seasons the team top at Christmas have failed to sew up the title. Both times it has been Liverpool who capitulated — first surrendering a four-point lead in 2018-19 and then a five-point lead in 2020-21, usurped by City on both occasions in the new year.

Liverpool have been top of the Premier League table on Dec. 25 six times since 1992-93, but have only managed to go on and win the title from that position once: back in 2019-20.

Only one club have topped the table on Christmas Day more times than the Reds, and that is Manchester United who have claimed top-flight festive superiority on seven occasions — though the last time United were top at Christmas was also the last time they won the title (2012-13.)

Incredibly, Chelsea have topped the table on Christmas Day five times and have gone onto win the title in all five instances, the last of which was 2016-17 under Antonio Conte.

Janusz Michallik criticises the performance of referee Paul Tierney in the draw between Tottenham and Liverpool.

Is there hope for Liverpool?

As they seek to buck the trend, Liverpool might wish to seek seasonal inspiration from forward Mohamed Salah, who has once again hit an incredibly rich vein of form for the Reds.

The Egypt international failed to find the net against Spurs but at least he goes into the Christmas period safe in the knowledge that he’s been intrinsic for Jurgen Klopp’s side so far side this year.

Indeed, only one player in the entire history of the Premier League has had a direct involvement in more of his team’s goals in the first half of a season: Alan Shearer, the league’s all-time record goal scorer, who led Blackburn Rovers to an improbable title with 16 goals and nine assists in 1994-95.

Man City can boast a few new and fairly imposing records of their own as the Guardiola juggernaut rolls on. In trouncing Newcastle, City registered their 34th victory of the calendar year 2021, which is more than any club has ever mustered in the English top flight and pips a record previously held by Liverpool for almost 40 years.

As if that wasn’t foreboding enough, Guardiola’s prolific side have now also scored more goals (106) in a single calendar year than any other team in Premier League history.

With 17 goals scored in their last five outings, it hardly comes as a surprise to learn that City have already comfortably breached the 100-goal mark for 2021, in the process surpassing a record they themselves set while sitting top at Christmas on the way to winning the 2017-18 title.

Most #PL goals in a calendar year…

As things stand, City’s lead is relatively slim and the standings could all change over the course of a weekend should results go Liverpool’s way. However, this is the Premier League, and being top of the running order on Christmas Day still holds some hefty motivational clout.

As things stand and with the wintry winds billowing in their sails, the odds are definitely in City’s favour.

Davis Cup: Nagal’s win makes it 1-1 for India
Breaking down McGregor vs. Chandler on TUF and in the Octagon
Which New York staff is No. 1? Way-too-early 2023 MLB starting rotation rankings
J. Pegula gives update on mother’s health issue
Why Scotland’s stunning win over new-look England will live long in the memory