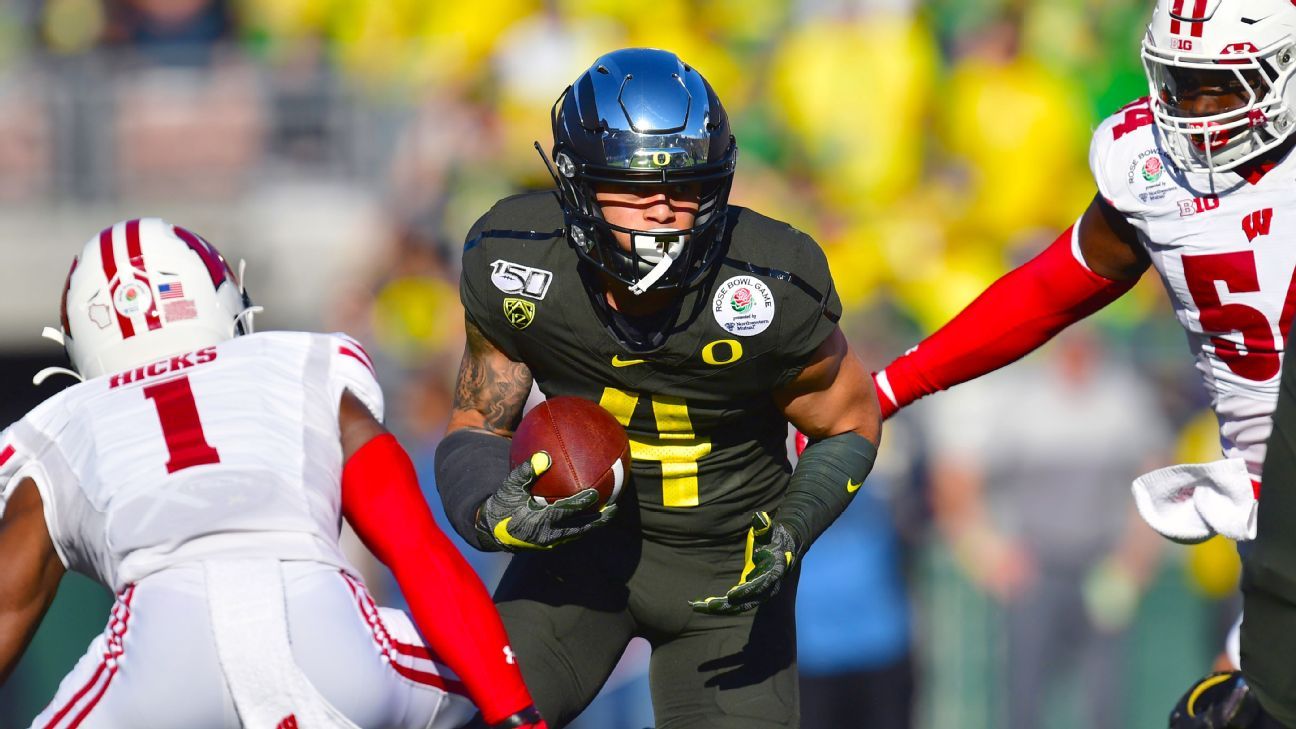 Pittman, who led Oregon with 15 punt returns for 151 yards and had 12 receptions this past season, entered the transfer portal in November. He was ESPN’s No. 144 overall recruit in the 2019 class and had 18 receptions for 227 yards as a true freshman.

In a recent YouTube clip, Pittman cited a lack of opportunities in Oregon’s run-centric offense as the primary reason for his decision to transfer. He said he approached Oregon’s coaches early in the season about possibly redshirting, saying he wished he had gone through with it to preserve a year of eligibility. Pittman said he reached a “breaking point” after Oregon’s Nov. 13 game against Washington State.

“I started and I played, and I played very well, but I think we ran the ball almost 40 times that game and we threw the ball like 20 times,” he said in the YouTube clip. “I was in for a total of six pass plays, and five of them were check-downs to our running backs, and then one was a sack. That hurt my opportunities, and for a guy who wants to go to the NFL, you need to throw the ball for at least more than six times a game, or at least be able to be utilized for the six times per game.”

Mycah Pittman had 18 receptions as a true freshman in 2019 but only eight last season.

Despite ankle injury, Mahomes leads Chiefs to win
India vs New Zealand: India vs New Zealand, 2023 Live Cricket Score, Live Score Of Today’s Match on NDTV Sports
Is anyone getting into the Hall of Fame? Everything you need to know on ballot reveal day
The seven men who’ve held the NBA’s all-time scoring record
Cautious Chiefs prepping as if Mahomes will play