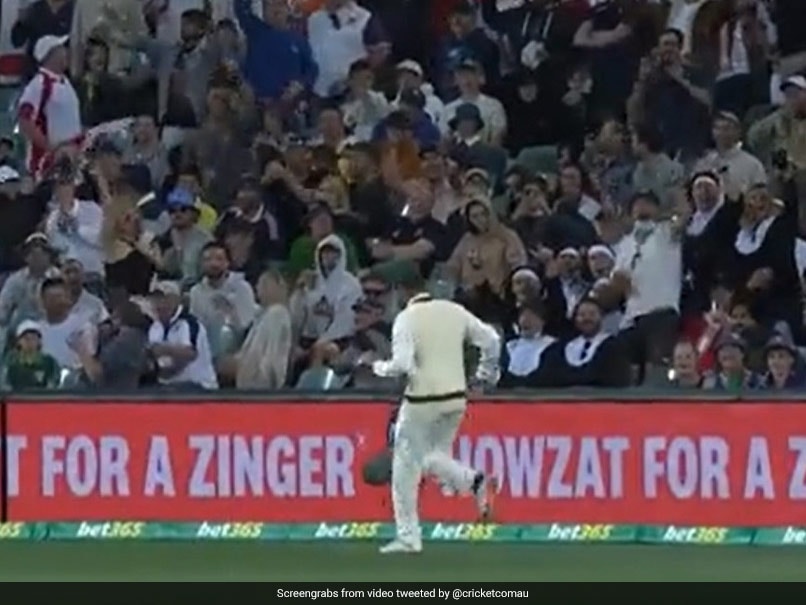 Usman Khawaja impressed England supporters with his dance moves while fielding near the boundary line.© Twitter

Despite not being a part of the playing XI for the first two Tests of the ongoing Ashes series against England, batter Usman Khawaja is enjoying his time in the Australian summer. Khawaja, who last played Test cricket during the 2019 Ashes series in the UK, was the leading run-scorer of Australia’s domestic Sheffield Shield while playing for Queensland. After failing to seal a place in the playing XI, Khawaja took his place in the outfield as a substitute fielder on Day 4 of the ongoing second Test at the Adelaide Oval.

Khawaja impressed England supporters, popularly called the ‘Barmy Army’, with his dance moves while fielding near the boundary line.

In a video uploaded by cricket.com.au on their Twitter handle, the southpaw can be seen pulling out the “shuffle” dance in front of the England fans.

“Usman Khawaja pulling out the shuffle for the Barmy Army,” the video was captioned.

Usman Khawaja pulling out the shuffle for the Barmy Army! #Ashes pic.twitter.com/RD9b4Ws4ce

Australia, who had declared their first innings at 473/9d in the first innings, are in firm control of the proceedings in the ongoing Day/Night Test.

After bowling out England for 234 in the first innings, Australia increased their lead to 467 runs, declaring their second innings at 230/9d on Day 4.

Australia lead the five-match series 1-0 after winning the first Test at the Gabba in Brisbane.