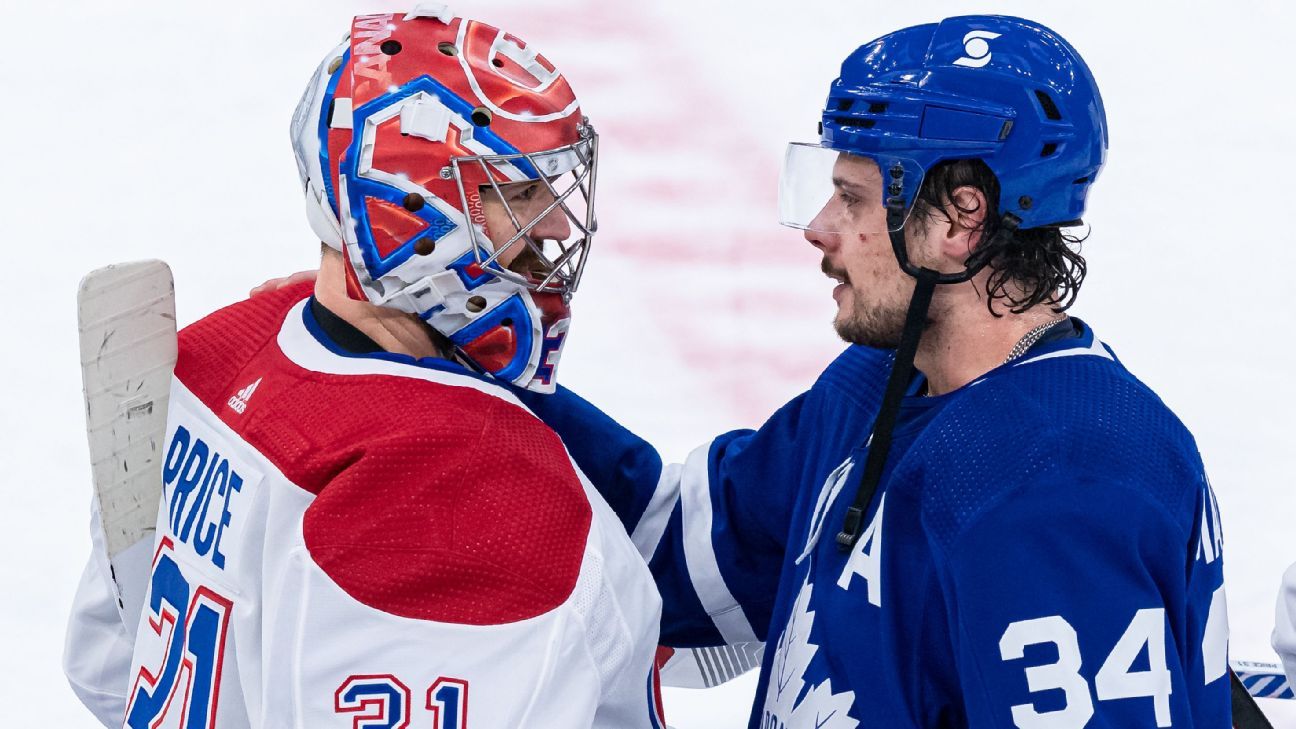 The year in hockey 2021 began with a 56-game season, impacted the COVID-19 pandemic, that saw the league’s 31 teams realigned into four new divisions. It ends with the teams back in their usual divisions, although there are now 32 of them thanks to the Seattle Kraken.

Oh, and it’s once again impacted by the COVID-19 pandemic. Sigh.

For hockey wagers, there were some teams and players that provided more profit than others. Here’s the best of 2021 in hockey betting, with a little help from our friends.

But the biggest scores would come later. The Canadiens advanced all the way to the Stanley Cup Final, with pre-playoff odds ranging anywhere from +2500 to +4500. The hedgers made bank. PropSwap.com had a ticket sell for $60 when Montreal was down 3-1 to the Maple Leafs. That buyer flipped it for $1,800 in the Vegas series; and then the second owner had it listed for $4,500 before the Stanley Cup Final, where they lost to the Lightning in five games.

Then, in the 2021-22 season, the Canadiens gave bettors another gift — futility!

Even without goalie Carey Price in the lineup, Montreal was an early season favorite on the money line and fading them was a windfall. The Canadiens were 2-8 as a favorite through 31 games, before the market shifted and they were placed in plus-money territory against opponents. Whether winning as an underdog or losing as a favorite, the Montreal minted money for us this year.

In July, the Seattle Kraken were being treated like an expansion team by the books. DraftKings had their season point total as over/under 87.5. Caesars was way more skeptical, at 73.5 points. Bettors rushed to the over in both cases. By the time the team’s roster had been constructed through the expansion draft and free agency, the season point total had ballooned to 91.5.

Whoops! The current projection has the Kraken finishing with around 80 points this season, barring a second-half surge. The fade extends to the game-by-game wagering, too. They’re 3-7 as a money line favorite through 29 games and 11-18-0 on the puck line (37.9%), for minus-8 units.

For this award, we asked some of our favorite people in the hockey wagering world to offer their picks.

Dom Luszczyszyn, The Athletic: “We all know the Minnesota Wild have been a money printer since the start of last season, and a big reason for that is Kirill Kaprizov. He’s had some heroic moments willing that team to victory and making me a lot of money in the process. So he has to be the guy for me.”

Steven Psihogios, Yahoo! Sports: “My hockey betting player of the year has to be Jake Guentzel. He was riding a 13-game point streak before getting injured this year and has only been held off the scoresheet in four of the 24 games he’s played this season. Dating back to the 2020-21 campaign, he’s notched at least one point in 59 of 80 games. His consistency has been great, and he can also go off on any given night.”

Sachin Chandan, ESPN: “This one is based on his performance in the season that started in January 2021, but Alec Martinez was my DFS Player of the Year. When I look at defensemen, I look at guys who get power play time and blocks, because hitting that 3+ blocks bonus is huge. Martinez hit the bonus 28 times in 53 games, making him one of my reliable picks. “I like to do a lot of the ‘Anytime Goal Scorer’ type props, so the lazy answer would be to say someone like Leon Draisaitl, but because it’s more exciting to watch a star on the rise, I’ll say Troy Terry as my Anytime Scorer Player of the Year. From October 21 to December 1, he scored 15 times in a 20-game span, making him one of the most reliable picks, as the Ducks offense proves that they’re for real.”

Rob Pizzola, COO, Betstamp: “Seattle Kraken overs have won me a bunch Everyone went into the season thinking SEA would play a very defensive style and had a great goaltending tandem in Phillip Grubauer and Chris Driedger. It became apparent very quickly that these goalies were struggling with form and that SEA could actually generate offense better than I think they were given credit for. Had a run of almost 10 Kraken games where I played overs that I thought were badly mispriced.”

For me, it’s Kyle Connor of the Winnipeg Jets. Just a model of consistency. In 84 games played in 2021, Connor has three shots on goal or more in 52 of them. He scored at least a point in 51 of them. But he’s not always a player who’s overvalued on shot prop bets like an Auston Matthews, Alex Ovechkin or David Pastrnak.

The betting story of the season continues to be the Anaheim Ducks. Their 6-5 overtime loss to the Arizona Coyotes ended a run of seven of eight games in which the Ducks covered the puck line.

Anaheim is 26-6-0 vs. the puck line this season, for an 81.3% winning percentage. That’s over plus-17 units, thanks to some big scores early in the season when we all figured the Ducks would be hot garbage having a 22.4% chance of winning the Pacific Division.

That includes 17-3 on the puck line when the Ducks are underdogs on the money line. What a start for Anaheim, on the ice and off the ice.

Obviously, there’s chaos in the NHL schedule. The League announced that it will temporarily shut down individual teams on a case-by-case basis due to COVID outbreaks. It also decided that all 12 games involving a Canadian-based team playing a U.S.-based team from Dec. 20-23 will be postponed and rescheduled. In total, 40 games have been postponed.

Really, really hoping this is more “trick” than “trend” and that the new protocols help.

Tyler Seguin vs. points: The struggle remains real for the Dallas Stars center. Seguin has two goals in his last eight games. That’s the … sorta OK news? The bad news is that those are the only points he’s scored in his last 13 games. He’s also had over two shots in five of those games. He had hip and knee surgery that forced him to miss almost all of the 2020-21 season. His ice time has vacillated, but the team recently tried him Jamie Benn‘s wing (!) to get him going. The idea of Seguin being a 0.9 points per game player at 5-on-5 is hard to fathom. But here we are.

Winnipeg Jets vs. the under: The Jets’ 4-2 win against the St. Louis Blues was a push on Sunday, continuing a prolonged run away from the under. In its last 11 games, the Jets have been under the total just twice, going 6-2-3. All three of the pushes were games with a total of six goals. The Jets are 28th in expected goals against and fourth in expected goals for per 60 minutes at 5-on-5. When they hit the ice, stuff happens. But with a coaching change to interim coach Dave Lowry, could we see these numbers change? We think it’s possible.

Carolina Hurricanes Stanley Cup odds: The Hurricanes had the best points percentage in the NHL through 29 games (.741). They’re a team that’s had some playoff success in the last three seasons. Yet DraftKings has them at +1600 and BetMGM has them at +1400 to win the Stanley Cup, with only 3.9% of the handle, 7th overall. Not a bad value play.

Golden Knights vs. the over: What a difference 2 minutes and 20 seconds can make. The Vegas Golden Knights and the New York Islanders scored two goals in that span before the end of regulation, forcing an eventual shootout and a 4-3 Vegas win. The Knights have now gone over in 9 of their last 11 road games. They 19-11-1 against the total on the season. For these road warriors, we think it continues.

Thanks to everyone that’s read and supported this new column. Hopefully you’ve learned a thing or two along the way. See you in 2022!