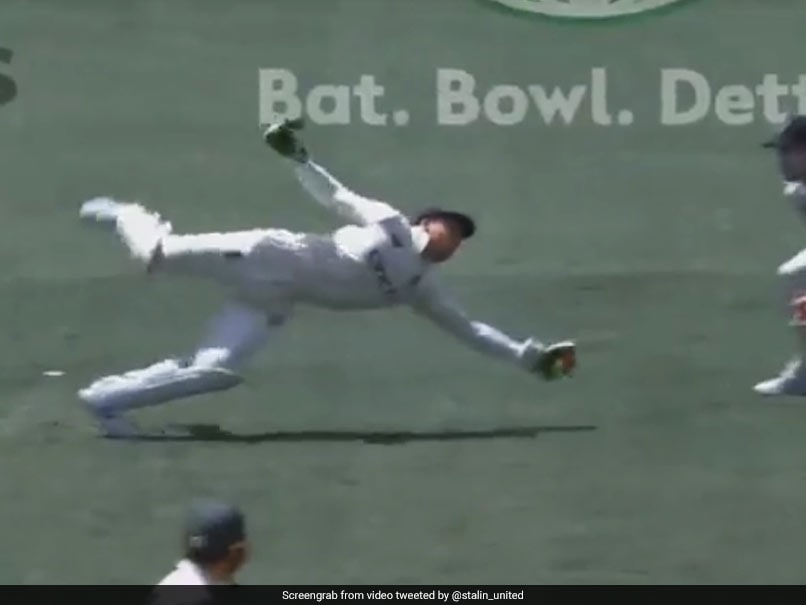 Wicketkeeper Jos Buttler added more spice and drama to the ongoing second Test match of the Ashes series with two spectacular catches and also a shocking drop on Day 4 at the Adelaide Oval. The England cricketer had missed a few sitters during Australia’s first innings, particularly of Marnus Labuschagne who was given a reprieve on 95. The Australian right-hander went on to register his century, scoring 103 off 305 balls. Buttler silenced his critics during Australia’s second innings, first with a brilliant diving screamer to send opener Marcus Harris back to the pavilion. Harris nicked a full-length delivery from Stuart Broad and Buttler attempted a full-length dive to catch it in front of first slip to his left.

But on the very next delivery, the 31-year-old missed a simple catch which could have dismissed Steve Smith for a golden duck. Facing his first delivery, Smith edged delivery outside off, Buttler over-dived to his left and saw the ball hit him on the wrist.

Here is the video of Buttler’s screamer of Harris and also his dropped catch of Smith:

Smith ended up adding only six runs to the scoreboard off 31 balls with Buttler making amends. On the final ball of the 29th over, the Aussie batter gloved a delivery from Ollie Robinson with Buttler diving full stretch to his left for a stunning one-handed catch.

Here is the video of Smith’s dismissal:

Australia declared on 230 for nine on Day 4 to set a 468-run target for England. The hosts also won the first game of the five-match Ashes series by nine wickets at The Gabba in Brisbane.