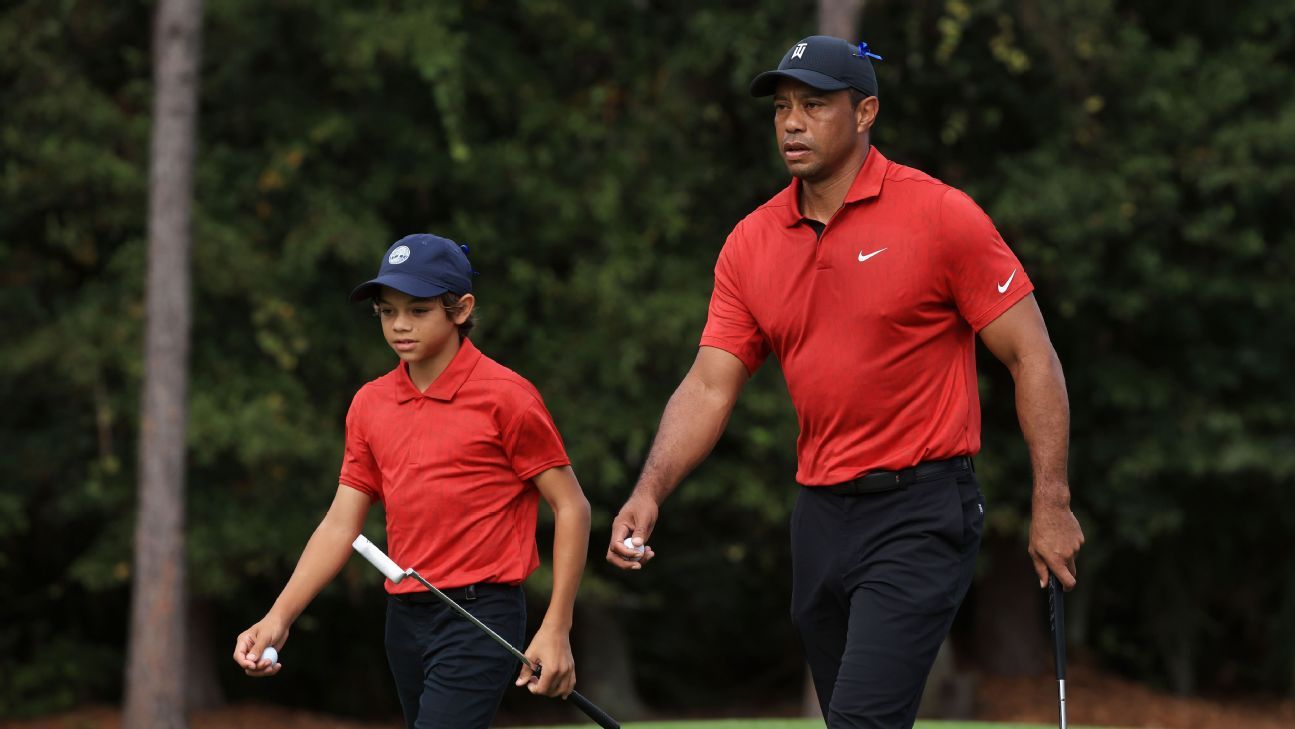 Tiger Woods has tried to temper expectations about this comeback. From the moment the 3-second Twitter video of him hitting wedges landed, he has been trying to keep everyone calm.

He doesn’t have the endurance. His right leg, which was severely injured in that one-car, rollover crash in February, isn’t the same.

Not everyone is buying it.

“Man, I was so impressed by the speed that he had and the shots he was hitting,” said Justin Thomas, who along with his father, Mike, played Saturday’s first round of the PNC Championship with Woods and his 12-year-old son, Charlie.

A few moments later, despite what Thomas said, Woods was repeating his go-to line.

Well, in the Sunday red with Charlie, Woods got off to a roaring start. The team opened with birdies at the first and second holes. What happened at No. 3, though, is what will turn heads.

Woods piped a 350-yard drive — yes, 350 yards — at the par-5. So, yes, there still is some speed and distance in there. He followed it up with a towering iron, and then Charlie rolled in the eagle to give Team Woods a momentary lead.

Dart from Tiger 🎯
Eagle from Charlie 🦅

A 350-yard drive is going to make it harder and harder for Woods to fall back on his speed and distance line.