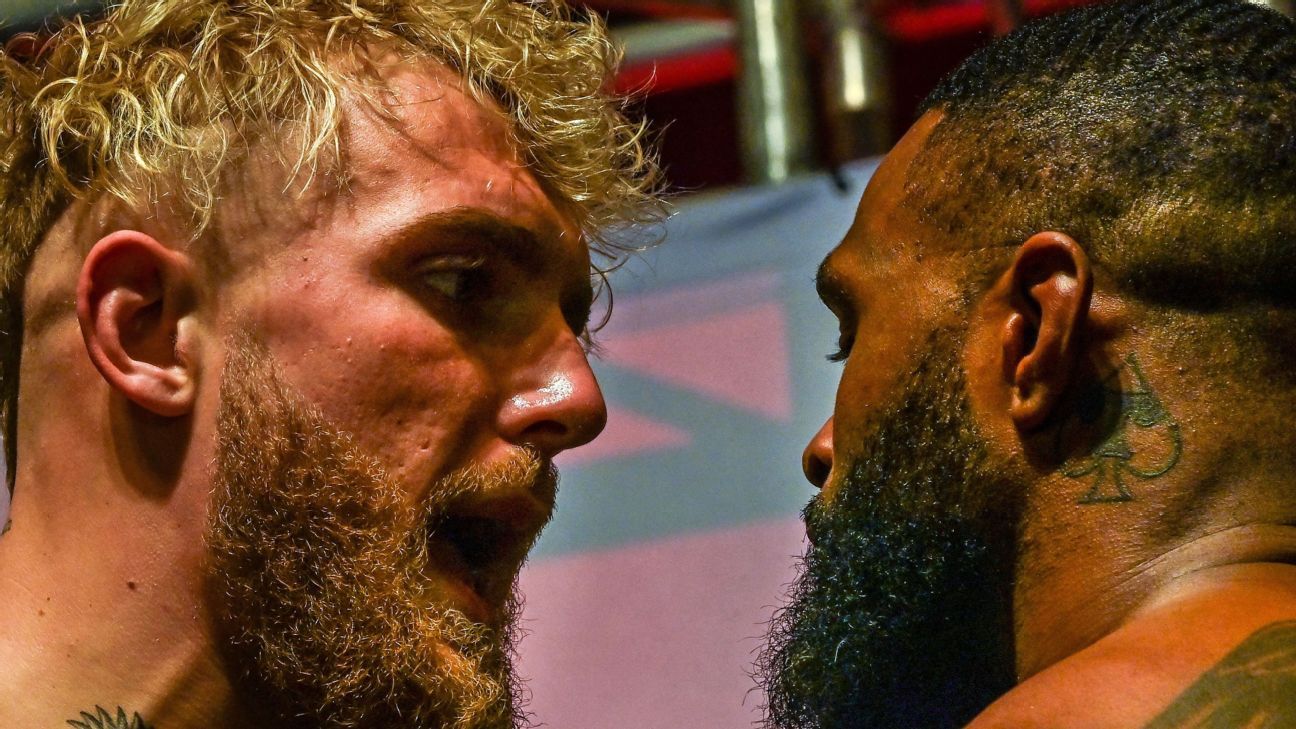 TAMPA, Florida — YouTube sensation-turned-boxer Jake Paul is back in the ring to face Tyron Woodley in a rematch after Paul’s split decision victory over the former UFC champion in August. The eight-round cruiserweight bout headlines a seven-fight boxing card at Amalie Arena in Tampa, Florida, on Saturday (Showtime PPV, 9 p.m. ET).

Paul (4-0, 3 KOs), 24, of Cleveland, was scheduled to face heavyweight champ Tyson Fury’s half brother, Tommy Fury. But Fury was forced to withdraw from the fight due to injury, and Woodley took his spot as a late replacement.

Woodley (0-1), 39, of Ferguson, Missouri, a wrestler in college, won the UFC welterweight title against Robbie Lawler in 2006 and defended the belt four times. In his first meeting with Paul, Woodley was able to land his big right hand, but Paul dominated the rest of the fight for the victory.

Jeovanny Estela moved better from the opening bell and for four rounds, and continuously put a small barrage on Chris Rollins, so it was no surprise Estela won an unanimous decision in the four-round junior middleweight bout that was the opener to the card.

Estela, from Orlando, Florida, appeared to be on the verge of knocking down Rollins (5-3-1, 4 KO), from Charlottesville, Virginia, multiple times during the fight, but Rollins — the more experienced fighter — held on in each round. But it was clear from the jump Estela (6-0, 2 KO) was the stronger fighter. — Rothstein.

Stefanos Tsitsipas vs. Novak Djokovic: Who wins the men’s final?
How Novak Djokovic won his 10th title in Melbourne
‘You only fight him because you have to’: Why nobody wants to get into the ring with light heavyweight champion Artur Beterbiev
Refs’ union: Missed LeBron call ‘gut-wrenching’
Sources: Chelsea sign Fernandez for record fee