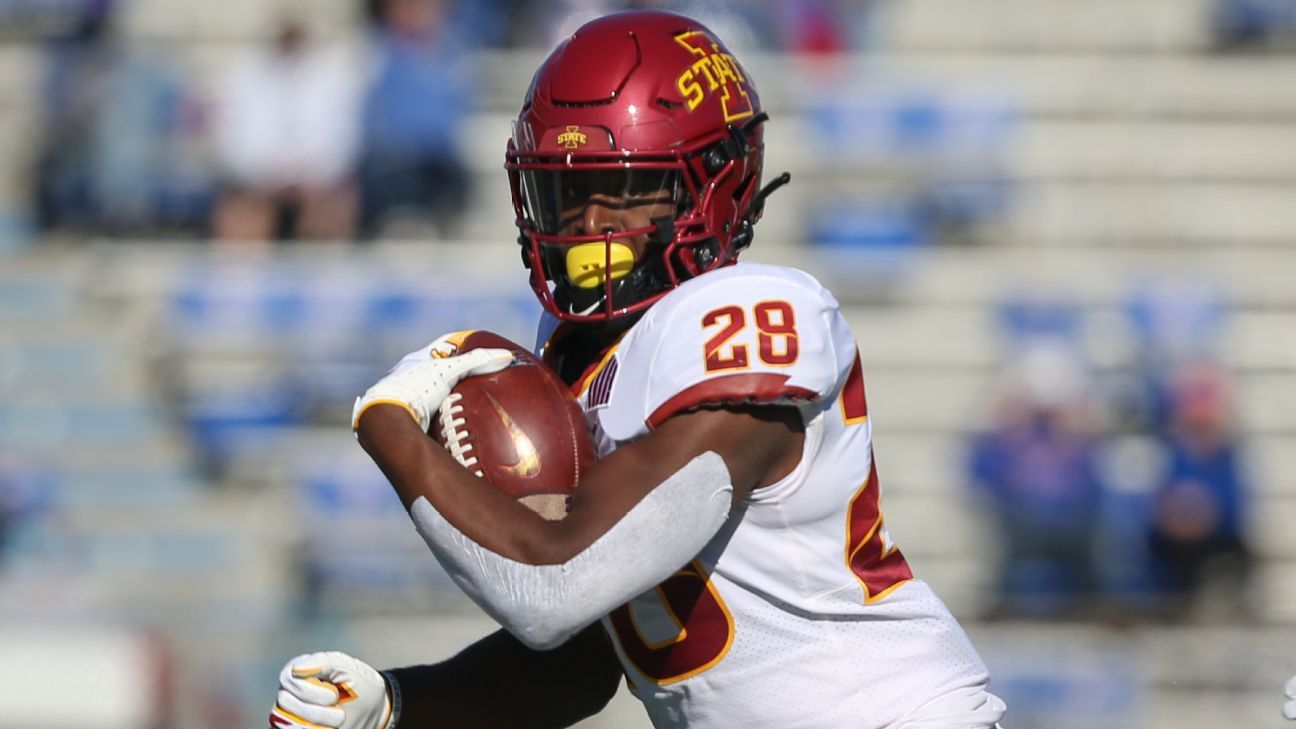 Breece Hall, the first unanimous All-American in Iowa State football history, announced on Saturday that he is declaring for the NFL draft and will not play in the Cyclones’ Cheez-It Bowl matchup against Clemson.

“Playing for Iowa State has been nothing short of a gift,” Hall wrote in an Instagram post. “The last three years, this team has defined five-star culture and I could not be more grateful to be a part of that.”

Hall, Mel Kiper’s top-ranked running back prospect, rushed for 3,941 yards and averaged 5.5 yards per carry in three seasons in Ames. He set an NCAA record in his last game by scoring a rushing touchdown in his 24th consecutive game. He has scored 56 touchdowns in all, including 50 on the ground, and ran for 1,774 yards this season.

Hall, a consensus All-American in each of the past two seasons, was recently named the Big 12 offensive player of the year for the second straight year, joining Heisman Trophy winners Ricky Williams, Jason White and Baker Mayfield as the only repeat winners.

“I will never forget the roar of the crowd in Jack Trice Stadium,” Hall said. “I am honored to be a Cyclone and will always be a Cyclone.”