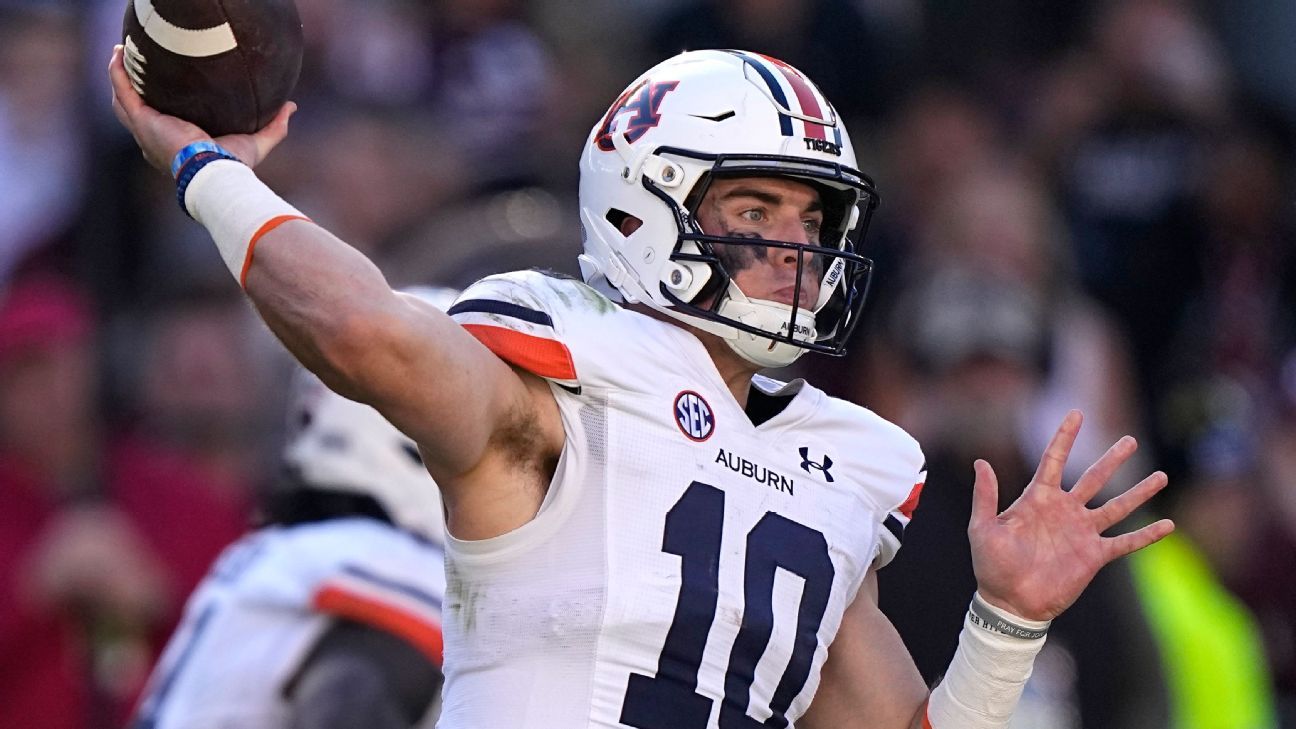 The move will reunite Nix, who posted his decision on Instagram, with his former position coach and offensive coordinator during his freshman year at Auburn, Kenny Dillingham, who left after one season.

Nix, a talented dual-threat quarterback, was the SEC Freshman of the Year in 2019 and has spent the last three seasons as Auburn’s starter.

This season, Nix threw 11 touchdowns and three interceptions in 10 games before suffering a season-ending ankle injury. He also ran for four touchdowns, but missed the last two games of the regular season, including the Tigers’ dramatic loss to Alabama in the Iron Bowl, which followed his surgery.

The son of former Auburn quarterback Pat Nix, Bo entered the transfer portal last week. He originally signed with the Tigers under former coach Gus Malzahn, who is now at Central Florida.

Nix burst onto the scene in that award-winning 2019 season, starting and winning the season opener against then-No. 11 Oregon. He went on to lead the Tigers to a 9-4 record, including a win over then-No. 5 Alabama in the Iron Bowl.

A graduate transfer, he will be immediately eligible with two years of eligibility remaining.