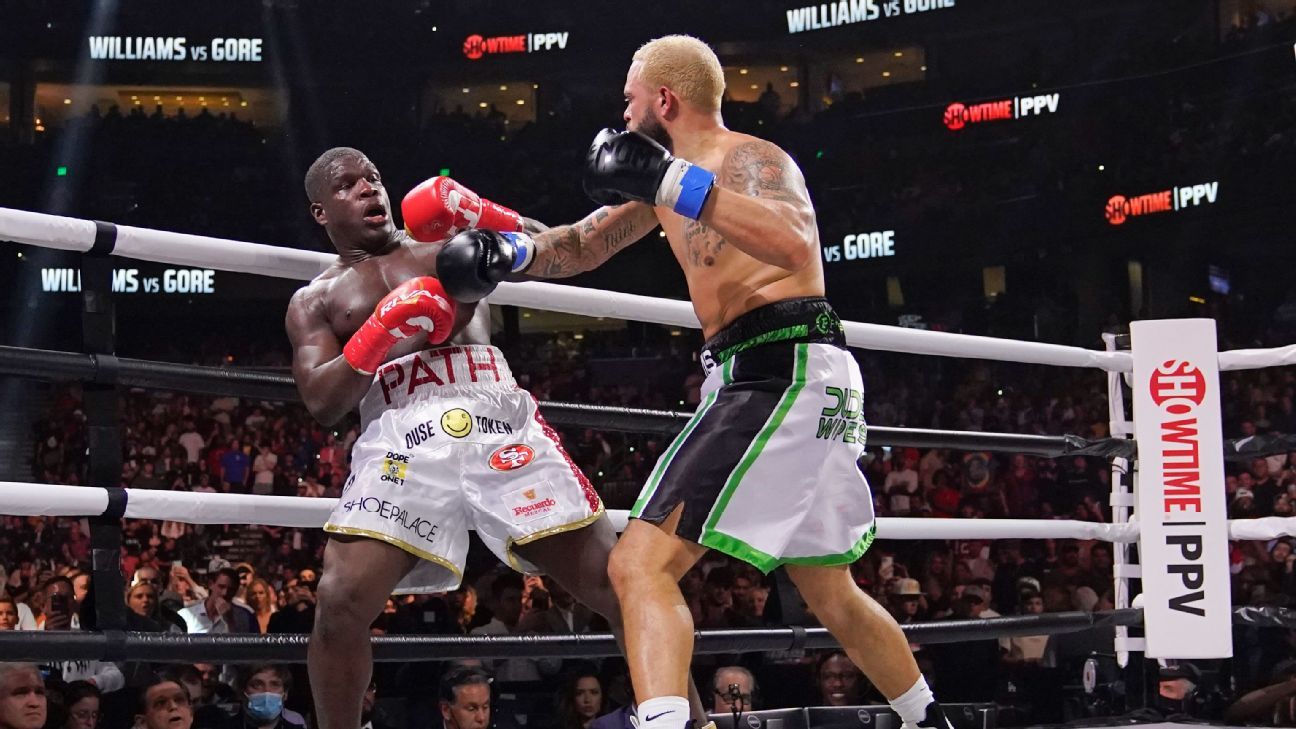 Make no mistake, though. It was a legitimate — and entertaining — fight.

Williams defeated Gore via split decision (38-37, 37-38, 40-35) on Saturday night on the Jake Paul vs. Tyron Woodley undercard at Amalie Arena. On Thursday at the prefight news conference, Williams said NBA players have the stigma of being soft. He disproved that alleged stigma against Gore with a gritty performance.

“I always was a physical point guard,” Williams said after the fight. “I never shied away from contact, and I showed that today. People think basketball players are soft, but I never was one. That’s what I was looking to accomplish here today.”

The bout was contested at 215 pounds over four rounds with 12-ounce gloves. The commission ruled it an exhibition Friday when it was originally scheduled to be a pro fight. The bout will not go on either man’s pro boxing records.

“Maybe I gained some new fans, but I’m just glad I made my team happy and my family proud,” Williams said. “My mom was nervous. She didn’t want to watch and see her son beaten up, so I hope she was proud of that.”

Williams and Gore were respectful with each other all week. But things got heated in the ring. At one point in the second round, both men shoved each other through the ropes. Gore had to be checked by the ringside physician after falling to the apron, but he was able to continue.

“It’s all good,” Gore said. “He won the fight tonight. He fought hard. I fought hard. I just still have to learn some stuff. He did a good job tonight. We’ll see if I fight again. I had fun tonight. I’ll go back and talk to my team to see what’s next.”

The 6-foot-3 Williams used his reach advantage well throughout, especially in the first round where he showed a solid jab and right hand. Gore might have landed the harder shots overall. But the judges felt Williams was the slicker boxer in more rounds. Both men, though, were competent given their lack of experience in the ring.

Williams, 37, is a former three-time NBA All-Star. He has not played in the league since 2017. Williams has been training in mixed martial arts for years and is a part owner of Fortis MMA in Dallas. Gore, 38, was the big crowd favorite. The Miami native played in the NFL last year and actually turned down offers to play this year to give boxing a try.

Late Mitoma goal sends Liverpool out of FA Cup
Early MLB 2023 trade deadline preview: Player most likely to be traded for all 30 teams
Alessandro Alunni Bravi: Alfa Romeo appoint Italian as team representative for 2023
Rahm struggles with 73, well back at Farmers
Peter Sagan: Tour de France great to retire from World Tour at the end of 2023