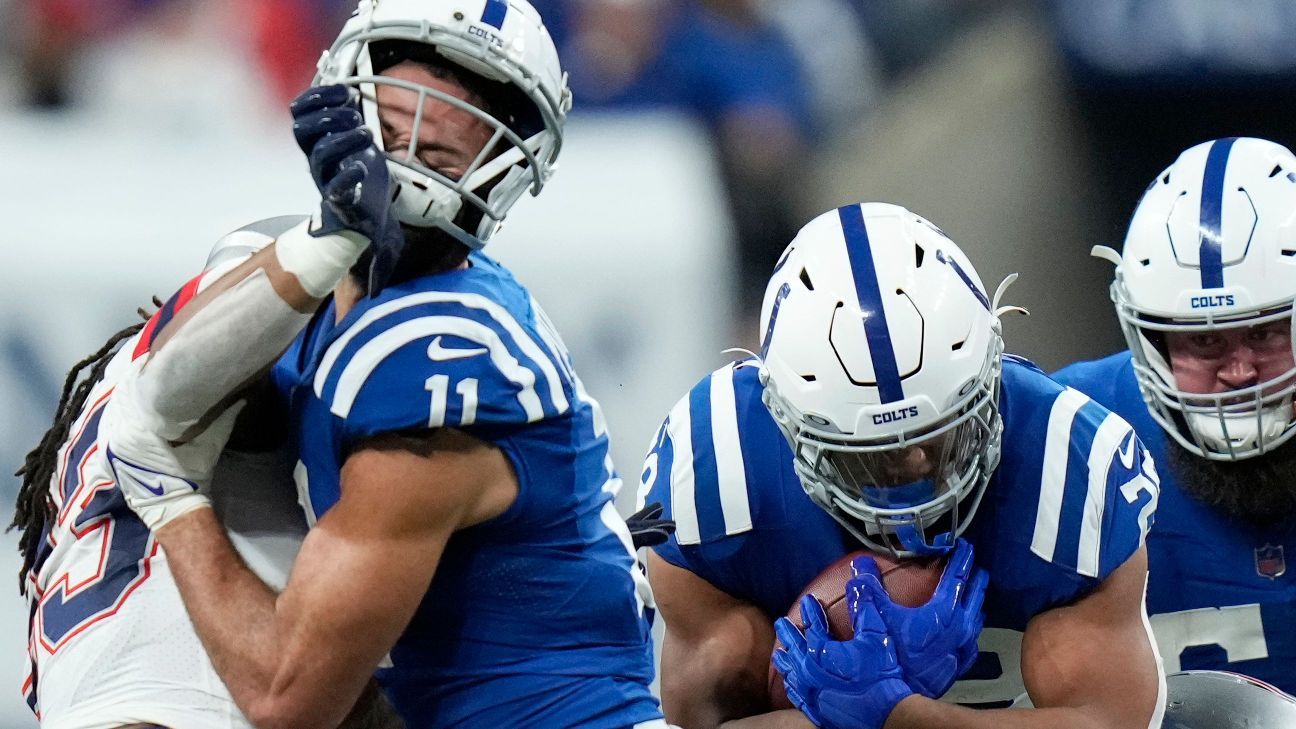 INDIANAPOLIS — Colts wide receiver Michael Pittman Jr. and New England Patriots cornerback Kyle Dugger were ejected in the third quarter of Saturday’s game after the two got into an altercation.

The incident took place when Dugger took exception to Pittman’s aggressive blocking on a rush by Indianapolis running back Jonathan Taylor.

Dugger had his arm around the back of Pittman’s neck when the Colts receiver shoved him off. The two then pushed each other, with Pittman’s helmet partially hanging off his head. Dugger retaliated by using his left hand to shove Pittman in the face, which caused him to stagger to the ground.

Dugger didn’t stop there. He ripped Pittman’s helmet off as the receiver was falling to the ground. The pushing and shoving continued while they were on the ground as players from both teams tried to break up the incident. Pittman has routinely been an aggressive blocker who isn’t afraid to mix it up with the opposition on the field.

The officials met momentarily before giving both players dead-ball personal fouls and disqualifying them.