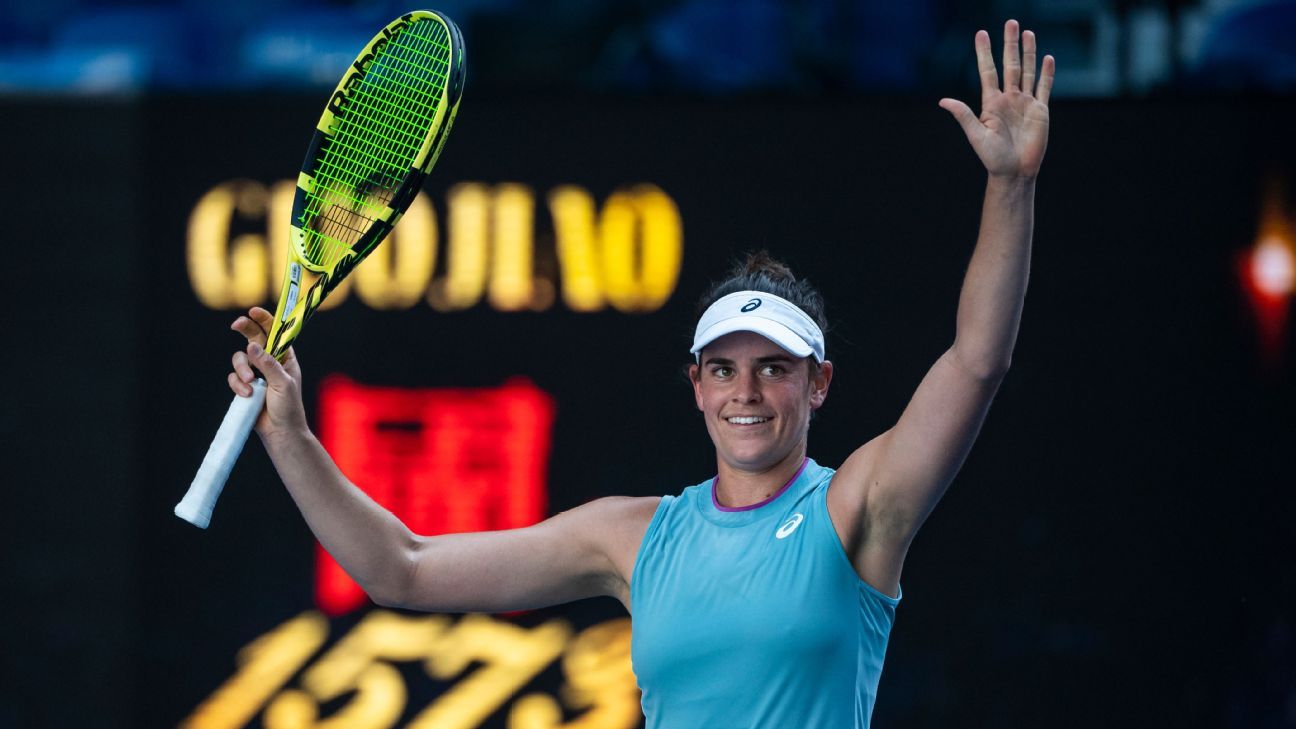 MELBOURNE, Australia — Jennifer Brady has become the latest withdrawal from next month’s Australian Open and two warm-up tennis tournaments because of injury.

Australian Open officials on Sunday confirmed the 2021 finalist would miss the 2022 tournament because of a left foot injury, and said in a tweet: “wishing you a speedy recovery Jen.”

Brady, ranked 25, made her first grand slam final in January at Melbourne Park, losing in straight sets to Naomi Osaka.

The 26-year-old American has not played competitively since being forced to retire from her second-round match against Jelena Ostapenko at Cincinnati in August.

Brady’s withdrawal follows that of the world’s fourth-ranked player, Karolina Pliskova, who announced Thursday that she would not be coming to Australia because of a right hand injury sustained during a practice session.

Earlier this month, Canada’s Bianca Andreescu said she would be taking time away from the sport to address her mental health, while 23-time grand slam winner Serena Williams said she would not travel to the event following “advice from her medical team.”

Six-time Australian Open champion Roger Federer is out of the men’s draw as he continues his long recovery from knee surgery.