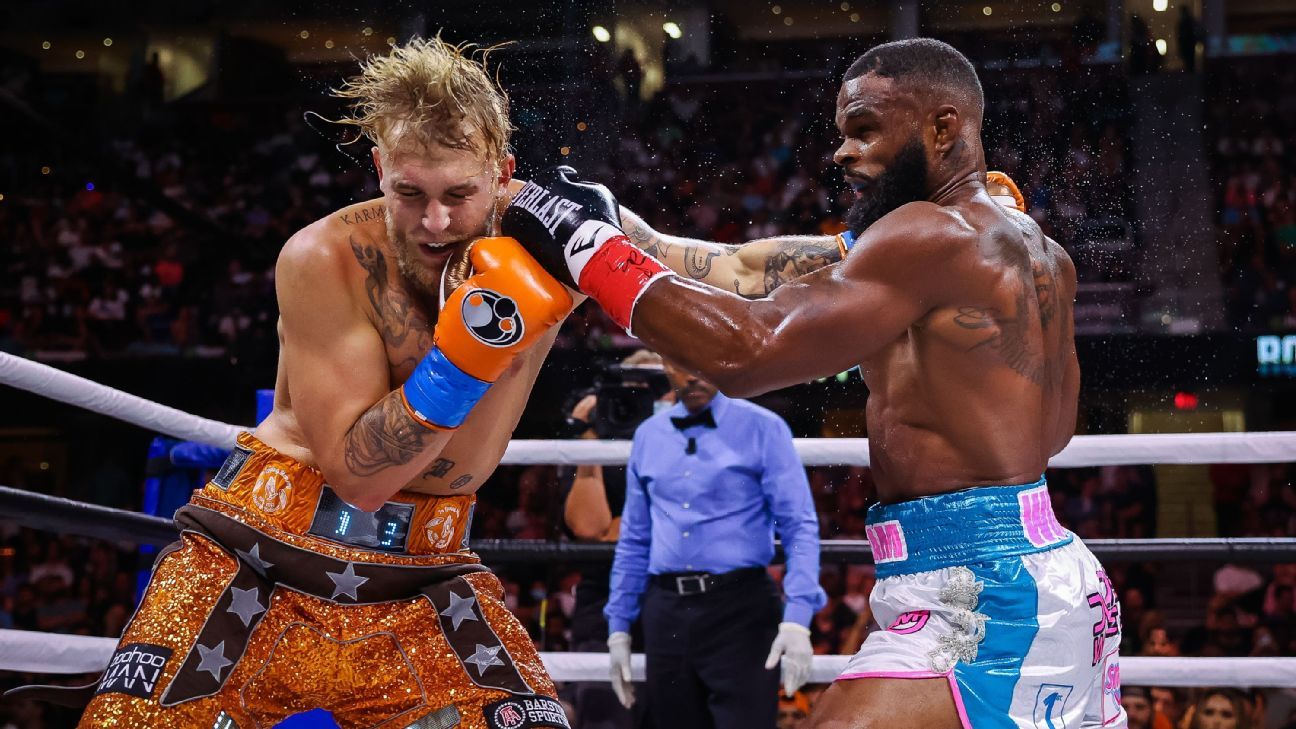 TAMPA, Fla. — Jake Paul and Tyron Woodley both made weight Friday morning for their boxing rematch.

Paul hit the mark at 191.4 pounds, and Woodley was 189.6 pounds. The bout is contracted for a 192-pound weight limit and eight rounds. Paul and Woodley will fight in their rematch Saturday night in the main event of a boxing card at Amalie Arena.

Paul, the YouTuber-turned-prizefighter, won the first fight Aug. 29 in Cleveland via split decision. Woodley, a former UFC welterweight champion and one of the best 170-pound fighters in MMA history, is coming in on just two weeks’ notice after Paul’s original opponent, Tommy Fury, withdrew with a broken rib and chest infection.

All the other fighters on the card also made weight Friday, including former NBA All-Star Deron Williams, who hit the scale at 211.2 pounds for his pro boxing debut against NFL rushing star Frank Gore. Sayif Saud, Williams’ coach at Fortis MMA in Dallas, told ESPN that 6-foot-3 Williams weighed 242 pounds just six weeks ago and worked extremely hard to shed the weight. Gore, the NFL’s third-leading career rusher, weighed in at 209.6 pounds; he is 5-foot-9. Williams vs. Gore is contracted for four rounds and a 215-pound weight limit.