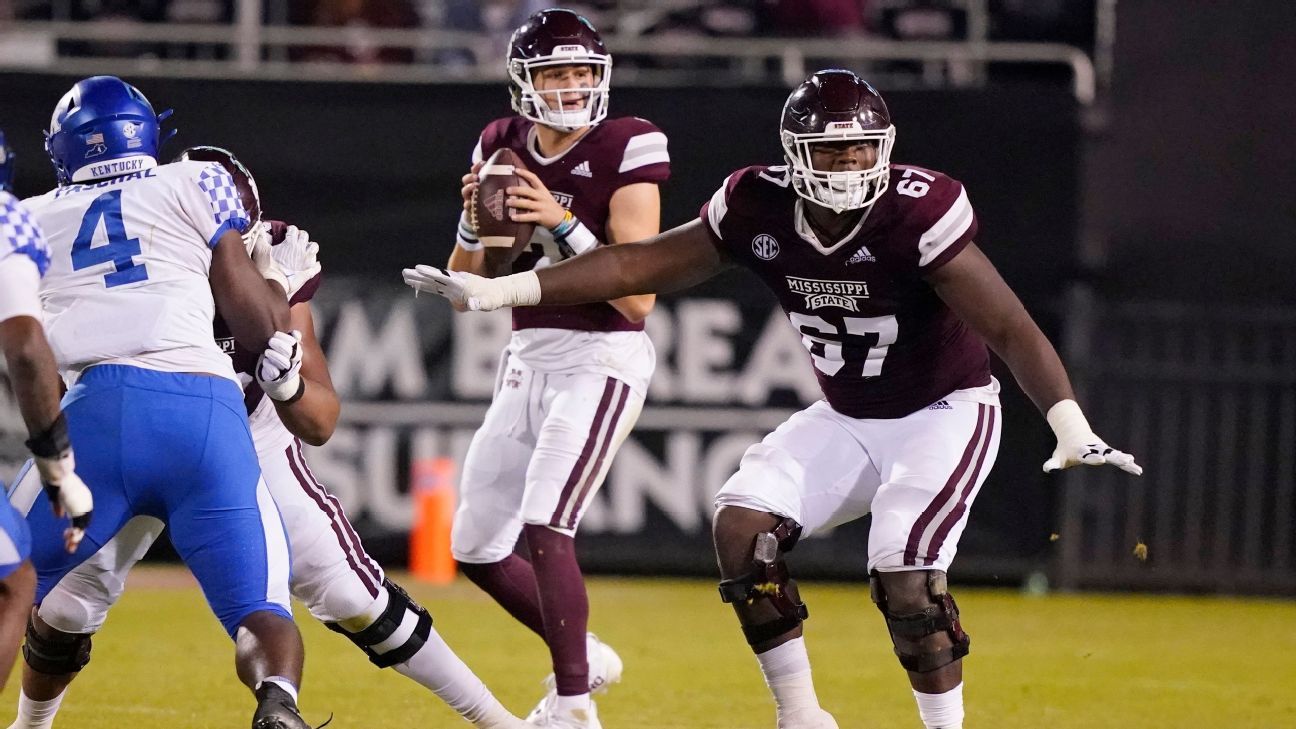 Mississippi State All-American offensive tackle Charles Cross announced on Friday that he is opting out of the bowl game to begin preparing for the NFL draft.

A redshirt sophomore, Cross was named to the All-SEC team each of the last two seasons. He started all 12 games this season and allowed only two sacks in 919 snaps.

“It’s the most bizarre thing in the world to me,” he told reporters last week. “They think they’re going to have a storied 10-year NFL career and they can’t play one more college game. That’s ridiculous.”