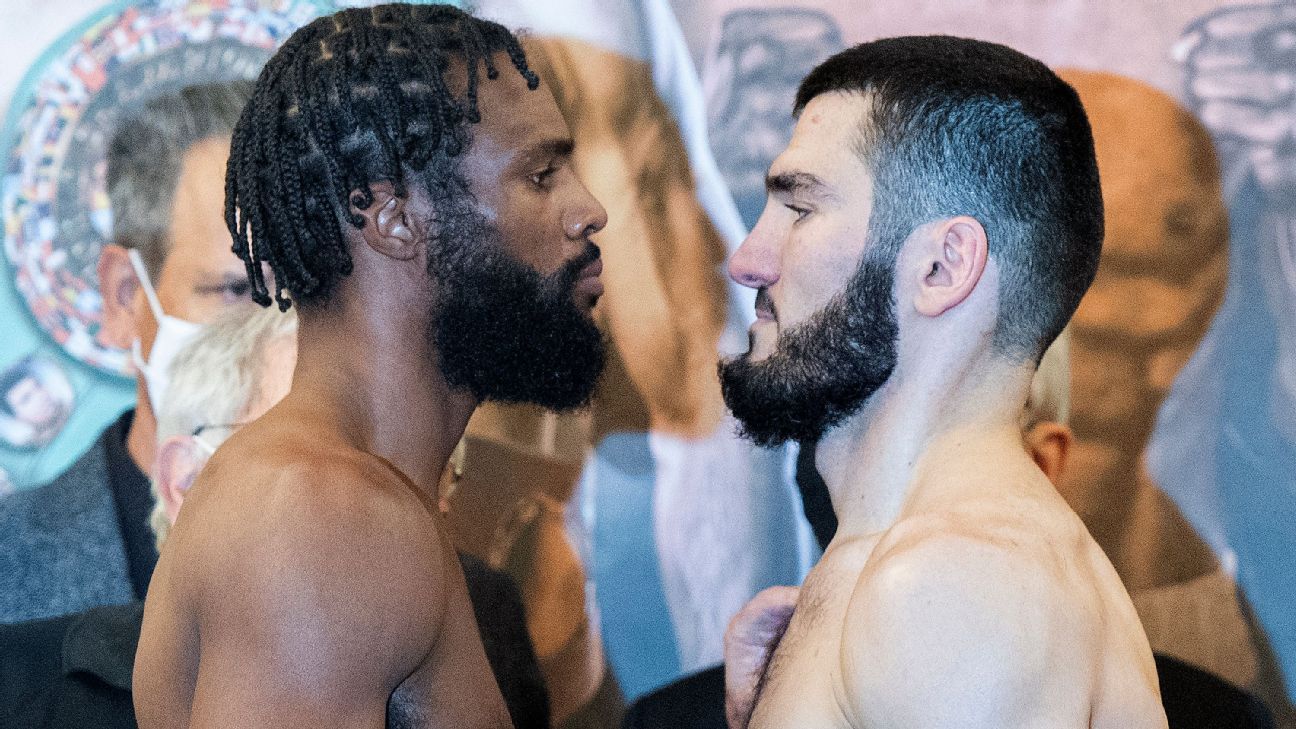 Artur Beterbiev’s face was a crimson mask from Round 4 on Friday night, the result of a clash of heads, but he wouldn’t be deterred. Blood poured freely into his eyes from the gash on his forehead, but it only seemed to invigorate Beterbiev.

Beterbiev floored Marcus Browne with a left hook to the body followed by a right hand in Round 7 before finishing off the challenger with a series of body shots in Round 9, scoring a knockout victory to retain his WBC and IBF light heavyweight titles on Friday at Montreal’s Bell Centre.

And once again, Beterbiev (17-0, 17 KOs) left no doubt he’s the unquestioned ruler of the light heavyweight division. Browne (24-2, 16 KOs) started strong by boxing off the back foot and staying out of harm’s way, but it was only a matter of time before Beterbiev’s damaging punches met their mark.

After the accidental head-butt left Browne with a cut over his right eye and Beterbiev with a gash in between the eyes, the champion sensed the urgency and with good reason: He was behind on two of three scorecards at the time.

Beterbiev, a 36-year-old native of Russia and resident of Montreal, began to string punches together in succession, unloading to the body and head. With blood pouring down his face and onto his chest, he looped punches around Browne’s gloves and was relentless in his attack.

Browne, ESPN’s No. 8 light heavyweight, attempted to keep Beterbiev at bay with his southpaw jab, but resistance was futile. Beterbiev continued to march forward and let his hands go. He rocked Browne, 31, toward the end of Round 5 and stunned him again in the waning moments of the following round.

After the knockdown in Round 7, Browne was no longer able to evade Beterbiev’s shots. A body-blow combination punctuated by a right uppercut to the head forced the Staten Island, New York, native to his knees once more in Round 9, and Browne received the count of 10 before rising to his feet.

With the victory, Beterbiev remains the only champion in boxing with a 100% knockout record. It was just his second fight since he unified titles with a TKO victory over Oleksandr Gvozdyk in October 2019.

Browne, a 2012 Olympian, has lost two of his past three fights, the other a technical decision to Jean Pascal in August 2019.