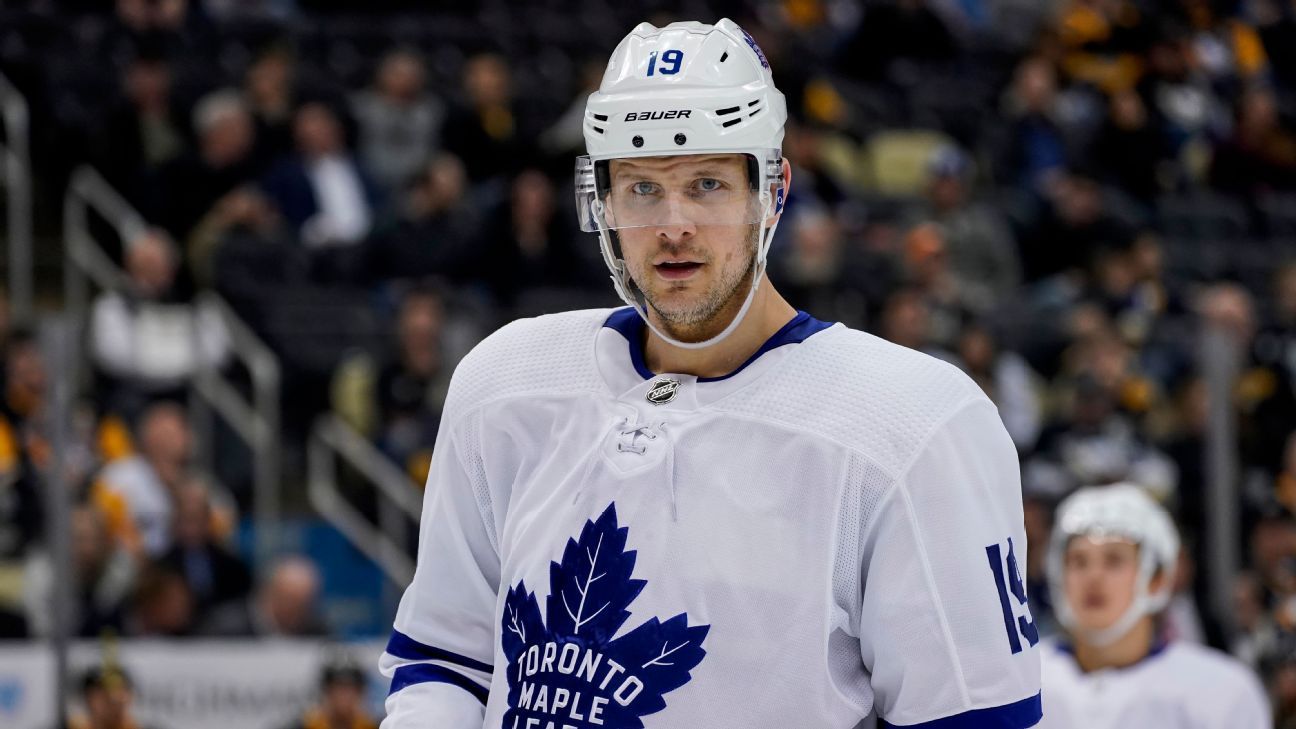 Spezza had been suspended for six games by the Department of Player Safety, which had called the hit “reckless” and cited an injury to Pionk. Spezza has missed four games and is eligible to play Saturday at the Vancouver Canucks.

Since the suspension was longer than five games, the NHLPA and Spezza had the right to appeal to Bettman and then to a neutral arbitrator if necessary. The appeal hearing with Bettman was held Tuesday.

The NHLPA argued that Spezza didn’t violate Rule 50 for kneeing because Pionk was crouched down on the ice trying to move the puck with his glove at the time of the collision. It also argued that the suspension was excessive — not only in relation to other suspensions for kneeing but also for a player with 1,203 regular-season games without a suspension, fine or even a warning from the NHL for on-ice reasons.

On the first argument, Bettman said the evidence was clear that Spezza violated the NHL’s rule for kneeing, saying “the contact to Mr. Pionk’s head was not incidental and it was avoidable.”

But Bettman said reducing the suspension was “based primarily on the undisputed fact” that Spezza had an “admirable record of clean play over 19 seasons.” Under the collective bargaining agreement, a player’s history of supplemental discipline is a factor in determining the length of suspensions.

While forward James Neal was suspended five games for kneeing the head of Boston Bruins forward Brad Marchand in 2013, Bettman noted that was deemed intentional. Spezza’s action was deemed “reckless” rather than as retaliation for Pionk’s hit on defenseman Rasmus Sandin earlier in that Dec. 5 game.

Another factor in reducing the six-game ban was Pionk’s health. Bettman noted that the severity of the injury was unclear to the Department of Player Safety at the time of its decision, other than knowing it reportedly was a concussion.

“Fortunately, Mr. Pionk’s injury was less severe than it might otherwise have been. He was subsequently cleared to play on Dec. 14 and he missed only three games, two of which would have been missed in any event on account of his own suspension,” said Bettman, referring to the two-game suspension Pionk received for kneeing Sandin.

Overall, Bettman said Spezza’s conduct was “a serious, but isolated, aberration” from his usual style of play.

“A four-game suspension is sufficient to ensure that the conduct will not be repeated,” Bettman said.

It is uncommon for Bettman to reduce suspensions handed out by the Department of Player Safety or hockey operations department. In 2012, he reduced the final 12 games of Raffi Torres’ 25-game suspension down to eight games. In 2014, he reduced Daniel Carcillo’s ban for appearing to elbow a linesman twice from 10 games to six in the playoffs.

‘Worth it’: Blake Lively gets ESPN+ to watch Ryan Reynolds’ Wrexham roller coaster
Sources: LeBron (foot) to return, play at Garden
Behind the scenes at the NHL’s incredible dunk tank, golf events
Sanders on Colorado’s class: Hope ‘in the house’
Wyshynski: Predicting every NHL All-Star’s impact for the rest of the season