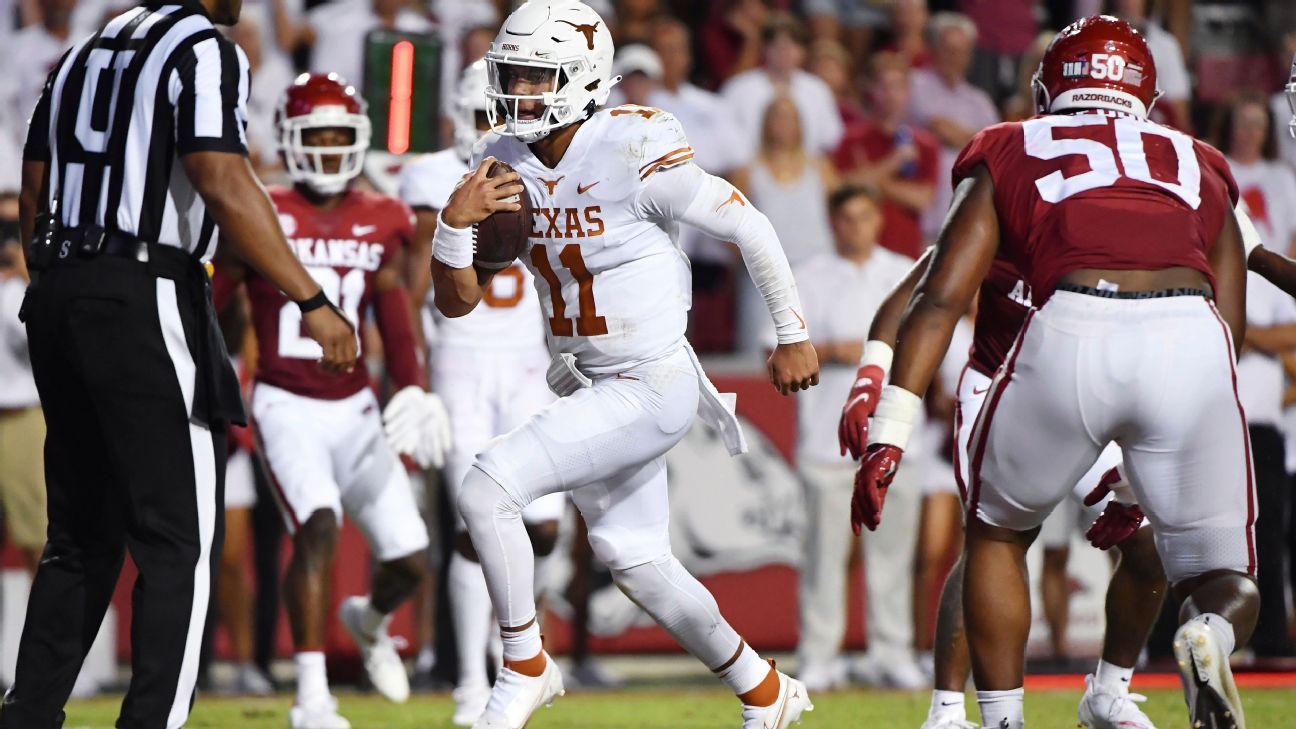 Thompson began the season as the backup behind Hudson Card, eventually claiming the starting job. He threw for 2,113 yards and had 24 touchdown passes — tops in the Big 12 — and nine interceptions. The Longhorns, however, went 4-6 in those games en route to a 5-7 season.

Thompson said that he played his last six games with a sprained thumb on his throwing hand.

Days after the Longhorns’ last game against Kansas State, Sarkisian said he would be taking a look at the quarterback position.

“I think we have to open that job back up,” he said.

This week, former five-star recruit Quinn Ewers, who spent his freshman year at Ohio State, announced he was transferring to Texas.

Ewers was the No. 1 QB in the 2022 class, and originally committed to Texas in high school, but eventually flipped to the Buckeyes and reclassified to the 2021 class.

“He’s a heck of a player,” Sarkisian said of Ewers on Wednesday after he signed with the Longhorns. “He’s a heck of a talent. I think there’s a big sigh of relief for him. I think this is where he kind of wanted to be. Now we start the process of the development of him in our system and with the players around him and see how far we can take it.”

Thompson, whose father, Charles Thompson, started for Barry Switzer at Oklahoma, spent three seasons as a backup to Sam Ehlinger before getting his first extended playing time in the Alamo Bowl last December in relief of an injured Ehlinger. He went 8 of 10 for 170 yards and four touchdowns in a 55-23 blowout of Colorado.